The entire legacy of the House of Dior — spanning 70 years and seven designers — will be amassed and hosted by Les Arts Décorarifs in Paris this summer. Titled 'Christian Dior, Couturier du Rêve' the massive exhibition held in celebration of Dior's 70th anniversary is slated to open in conjunction with Paris Couture Week on July 5th, and will run till January 7th, 2018. 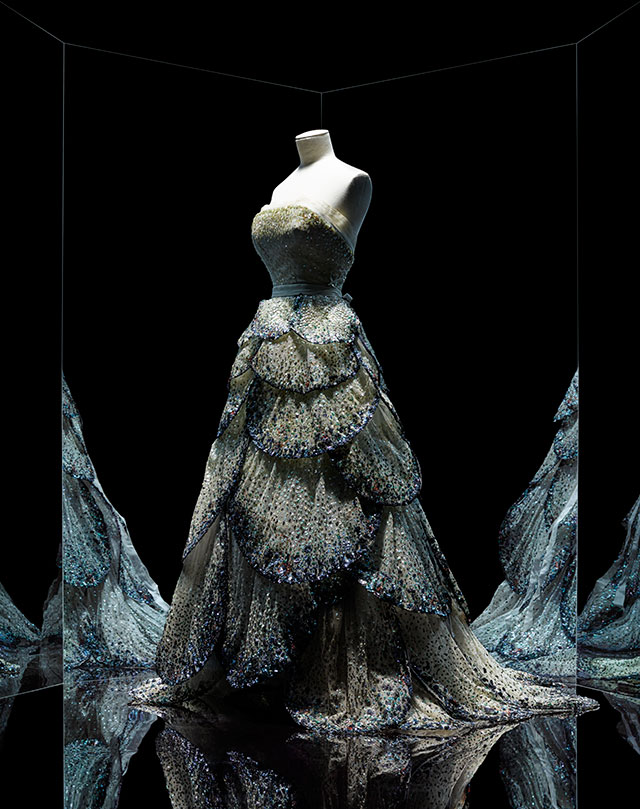 A space of almost 3,000 square meters will be transformed into a jaw-dropping showcase of over 300 haute couture gowns designed between 1947 and present day, alongside the most extensive display to date of atelier toiles, fashion photographs, illustrations, accessories and memorabilia from the Maison's history. In acknowledgement of Christian Dior's past as a gallery owner prior to starting his fashion house, the exhibition will incorporate a selection of paintings, sculptures, and objets d'art. Most of the featuring works are from the Dior Heritage collection and have never before been seen in the French capital. The remaining pieces are special loans from institutes and collections worldwide.

Staged by exhibition designer Nathalie Crinière, the show will unfold chronologically —opening with his childhood in Granville, the Roaring Twenties when he discovered the avant grade art world, his training as a fashion illustrator and his entry into the haute couture world. To present the timeline and thematic material, Crinière has recreated an art gallery, an atelier, a street, a boudoir, journeys and a fabulous garden. A succession of six galleries is dedicated to the six couturiers who followed Dior, Yves Saint Laurent, Marc Bohan, Gianfranco Ferré, John Galliano, Raf Simons, and lastly Maria Grazia Chiuri.