Chanel presents us with two exciting news this morning: the launch of the maison's new Gabrielle bag will include an advertising campaign featuring four of its muses—Pharrell Williams, Kristen Stewart, Caroline de Maigret, and Cara Delevingne. This marks a few firsts for singer-songwriter Williams, and for Chanel as well—this is the first time that a man will be appearing in the Parisian house's ad campaign. 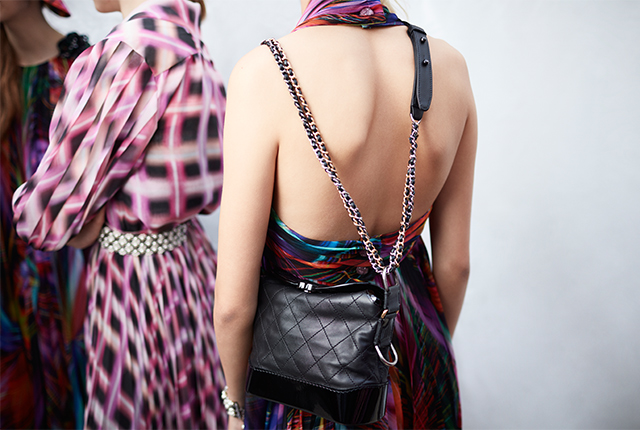 We had a first look at the Gabrielle when it was introduced at the Spring/Summer 2017 ready-to-wear show. The new bag was created with strength and elegance in mind, as Karl Lagerfeld wanted to showcase the same aesthetic and practicality found in all of Chanel's bags. The main body of the bag is lightweight and supple, fitted on a rigid thermoformed base that gives it stability—also make it easy breezy for you to search for your belongings. The Gabrielle is a pliant bag that can be worn in various ways, be it across the body, over the shoulder, or both at the same time. Lagerfeld's decision to feature the house's ambassadors for this bag's ad campaign is in line with the history and codes of the house—all four have worked with Chanel previously.

Chanel Gabrielle's advertising campaign will be released on April 3, 2017. Watch this space for updates.

Chanel J12-XS: The new covetable miniature timepiece collection to have

Chanel Cruise 2016 campaign makes us want to take a vacation in Havana, stat

Chanel reinterprets the iconic colours of the house for Spring 2017