Cannes 2019: All the stylish and suave actors on the red carpet

26.05.19
You’ve seen what the ladies wore, now, take a look at all the best dressed lads at this year’s Cannes Film Festival

The 72nd edition of Cannes Film Festival has officially ended after two exciting weeks of head-turning red carpet ensembles, new premieres and a competition for the best films. In particular, there were a number of firsts in this year's event; at 21 years old, Elle Fanning was the youngest juror ever at Cannes Film Festival, and she made sure to make it known with her standout outfit choices. Aside from that, director Bong Joon-ho's film, Parasite, was the first South Korean movie to ever win the most prestigious award, the Palme d'Or, and according to the jury president, Alejandro Inarritu, the choice was unanimous for the nine-person jury.

As the 2019 Cannes come to a close, we take a look back at all the best dressed men on the red carpet, which include Hollywood A-listers such as Brad Pitt and Leonardo Dicaprio, It-actors Robert Pattinson and Miles Teller, and our very own Henry Golding. We all know that the black-and-white tuxedo never fails, but once in a while, we do appreciate stars who give their formal look a little twist. For example, Sir Elton John who owns any colour (and look) he wears, Nick Jonas' all-white Berluti get-up that glistened on the red carpet, and Taron Egerton's bold Etro suit which was the only printed piece we've spotted at the event this year.

Scroll through the gallery below for all the suave looks: 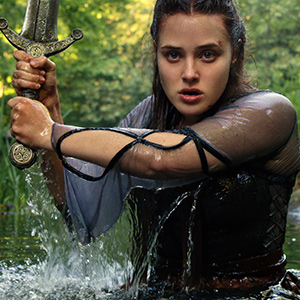 Men at the Met Gala 2019: All the dashingly campy looks