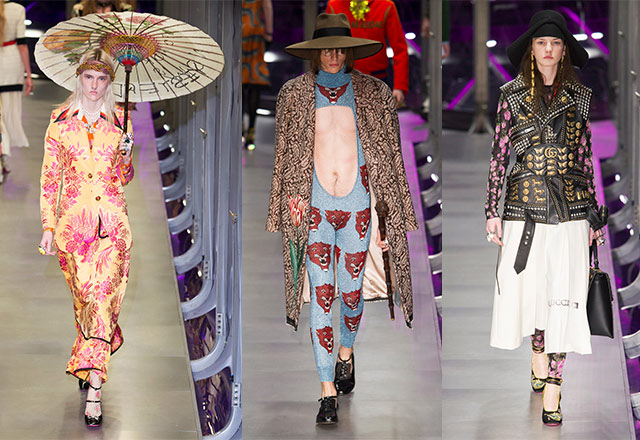 In the Middle Ages and into the Renaissance, alchemy was a form of chemistry that sought to change ordinary metals into precious gold. It was a secret never untapped, but one that Alessandro Michele is increasingly close to unlocking at Gucci. In 2016 it made for 52% of its parent company Kering’s revenue with sales of  €4.3 billion. Michele’s hard work has paid off tremendously with Gucci being the buzzword on the world’s lips, and his fortuitously titled AW17 show is sure to keep the Italian luxury brand at the very top of the pecking order. The Alchemist’s Garden was an apogee of Michele’s Gucci-ness: weird, wonderful and romantic with an awkward, off-kilter charm that makes it all so damn covetable. Michele showed an astounding 119 looks—an eye-widening number even when noting he chose to blend both his men’s and women’s shows. What Michele’s strength of vision offers is a certain kind of sanctuary in a time when we all yearn to lose ourselves in a little fantasy to escape the farce of war and political tyranny. As thanks for the brief respite, we can only think of ensuring our next purchase bears the wonderful mark of Gucci. 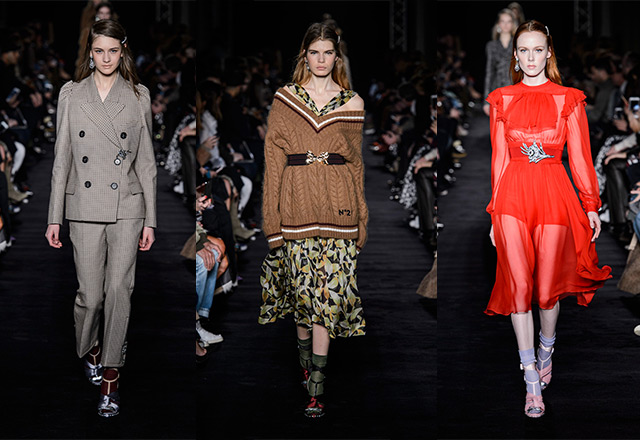 Alessandro Dell’Acqua did a spiffy job of merging 1950s silhouettes with contemporary clothing articles at Nº21, which made sense seeing how his inspiration this season was award-winning Italian screen siren Anna Magnani. Swoon-worthy details were the tailored plaid and herringbone jackets and trousers alongside chic crystal embroidered skirts that sat high on the waist. But American-leaning influences were present as well, evident with varsity jackets in shearling and leather, and knitwear that were purposefully tugged off-shoulders. 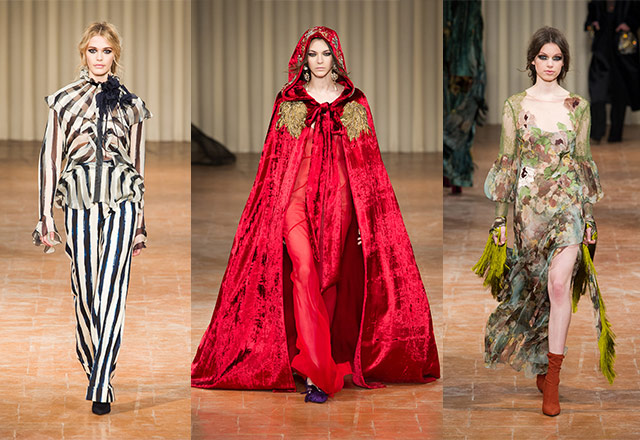 Alberta Ferretti brought Venice to Milan this season, melding elements of the city to the lineup including Grand Canal prints, gondolier shirt stripes, and the Lion of Saint Mark. The signature feminine aesthetic was present with sheer chiffon dresses that evoke a romantic sentiment along with floor-trailing velvet hooded capes. The finale had models strutting out in sweaters emblazoned with days of the week—the latest from her capsule collection that was recently released.