Burning down the house

Day two of Milan Fashion Week has been absolute fire. Max Mara began with a "power surge that blew away the old order." Bolts of metallics gave punctuation to a collection inspired by the strong women of the Bauhaus. Max Mara's variety of mannish coats were a particular strongpoint, as described by the show notes: "lean-shouldered and ankle grazing, short and snappy, roomy and protective but always glamorous." 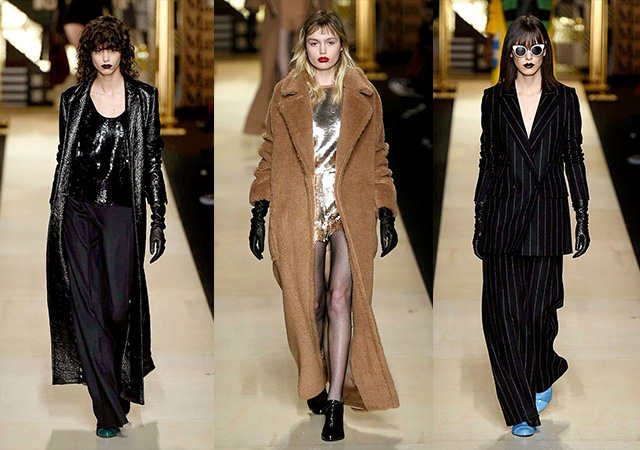 At Fendi we were introduced to two special guests, first seen at the Fendi Ginza pop-up store in Tokyo. The adorable Fendirumi duo, Piro-chan and Bug-kun, made a surprise appearance at the show, with a limited quantity of bag-charm versions going on sale on fendi.com immediately after (those who missed out will be able to purchase Fendirumi in boutiques worldwide from July 2016).

Massimo Giorgetti's second showing for Pucci was decidedly more athletic. Giorgetti sought inspiration from the brand's roots, as some of the first clothes Emilio Pucci ever designed were for skiing. Mountainous landscapes were everywhere you looked on jumpers and a puffy overcoat, ready for a bout of alpine activity. The shoes were kept at a sensible height: a take on mountain boots and some weird hybrid of a double monk strap but with hook and eye fastenings. 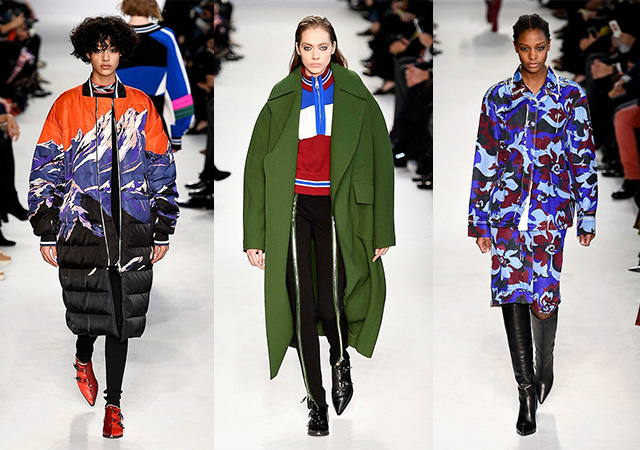 Miuccia Prada described her woman as a "vagabond", and indeed her inspirations wandered through not only to different parts of the world but through time. There was a little bit of everything thrown in: tweed, fur, leather, prints by artist Chrisopher Chemin, corsetry, quilting, argyle stockings, sailor hats—Mrs Prada's references were endless but the outcome was  multi-faceted and truly magnificent. 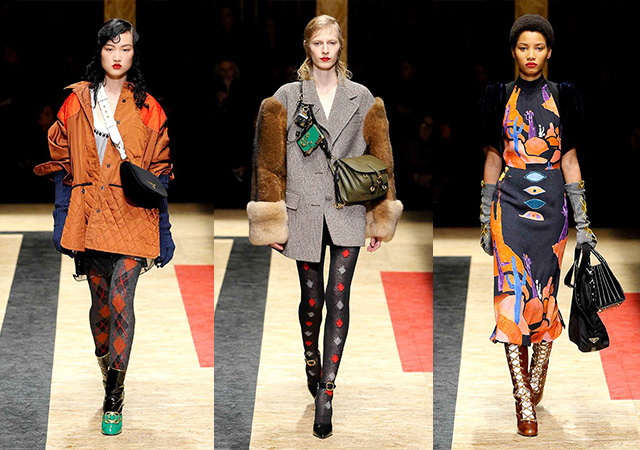 Moschino AW16 was all about smoking. There were cigarette earrings, printed cigarettes between lips and even the prerequisite health warning, though this one warned of a different kind of addiction: "Fashion Kills." A number of the finale ball gowns were literally smoking and rather artistically burnt. Moschino was as always, a fun show but hey, a little fun never hurt no one, right? 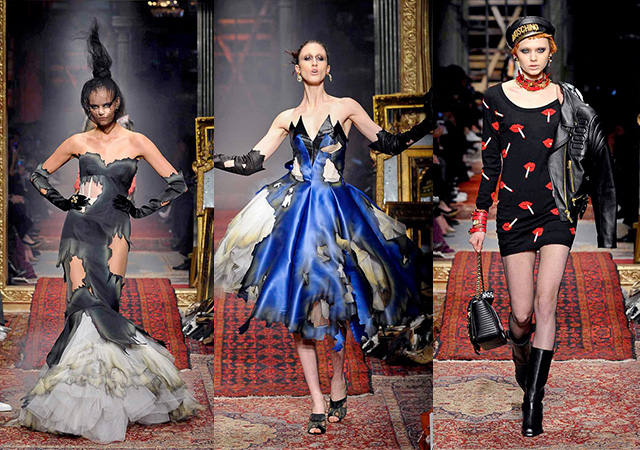