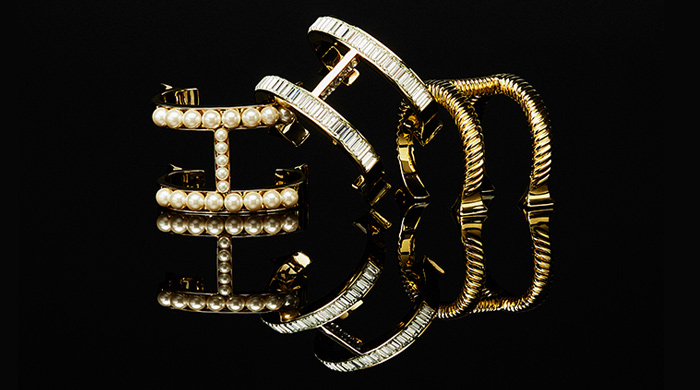 Mention Carolina Herrera and the words “feminine” and “refinement” inevitably come to mind. The most influential woman in fashion, Anna Wintour shares the same sentiments, “When we want to make someone feel especially glamorous in the pages of Vogue, we turn to Carolina Herrera, who personifies the power and the positivity of dressed-up American style. She was, and remains, the very idea of chic for so many women.” Since the debut of the Carolina Herrera House in 1981, the Venezuelan-American designer has proven time and time again that elegance with a dash of modern sensibility will forever remain relevant.  Not to mention the inclusion of a high-profile clientele including the First Ladies such as Jackie Kennedy and Michelle Obama to international royalty and A-listers. To celebrate Herrera’s 35 years of impeccable style, the House presents the ‘Insignia’ collection—an exclusive accessory range that is synonymous with luxury and sophistication. The collection embraces the spirit of CH Carolina Herrera with clean lines and uncomplicated designs, reinventing the signature monogram. Blending the letters C and H, a reimagined emblem is born. With rich heritage of craftsmanship and excellence in quality, the ‘Insignia’ collection highlights the simple luxury of everyday accessorizing, embodying the designer’s appreciation for effortless style. Scroll through the gallery below to pick your favourites: