This season, American fashion house, Carolina Herrera tapped Karlie Kloss and Lily Aldridge as the campaign's brand ambassadors. The Fall 2016 campaign cover the brand's ready-to-wear womenswear, eyewear, CH Carolina Herrera as well as men's and women's lifestyle fashion accessories and eyewear. Embracing the essence of the House, the supermodels encapsulate the collection's spirit of refined ease and modern sensibility as they are captured in a playful moment with male model, Garrett Neff and adorable kittens. 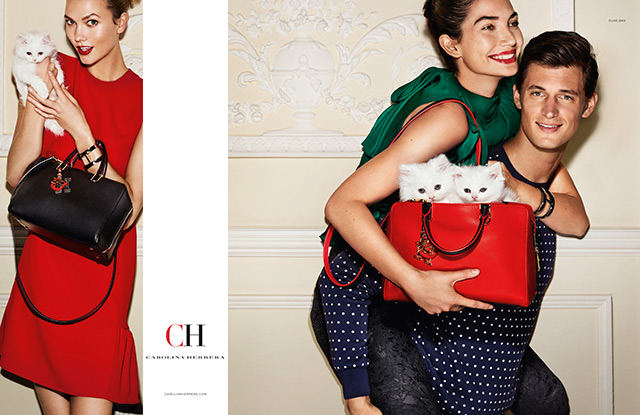 Lensed by renowned photographer, Mario Testino, who has collaborated with the House several times before, the campaign images echoed the strong codes of the brand, consistent with the creative vision established by founder, Carolina Herrera. "The inspiration for the shoot was a night out in New York with Carolina", explains Testino. "She is the wittiest person I know. I wanted her personality in every picture. The laughter and fun." 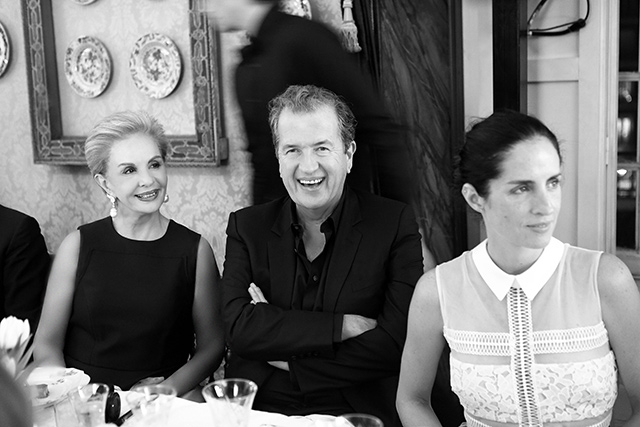 Since the appointment of Laura Kim and Fernando Garcia (the people behind Oscar de la Renta and Monse, too) as the label's senior vice president of design and consultant, respectively, Carolina Herrera has been renovating itself since February this year. For the first time in the House's story, the campaign will be launched on digital platforms, and to celebrate the launch of the e-commerce website in October. Well, with Kloss and Aldridge's huge following on Instagram (along with the images of kittens in the It-bag, Duke bag),  the pictures show no qualms of going viral.

Buro 24/7 Exclusive: An interview with Lily Aldridge for Bulgari