Muse of the Month: Emma Watson

A star in the truest form

For a 26-year old actress who, we dare say, has reached the pinnacle of success, Emma Watson is seemingly unfazed by the glitz and glamour that is part of the industry she's in. As someone who has quoted that her "greatest relaxation is to sit with a book," it is almost bewildering that the actress has racked up an impressive list of accomplishments that most of her industry peers (within the same age group) can't even come close to—all while maintaining a sense of level-headedness and maturity.

Born in Paris to lawyer parents, the British star knew she wanted to become an actress when she was six. "As a child, I loved being onstage. I loved singing, I loved the lights, I loved the adrenaline. I even loved learning lines. I was completely obsessive." But that steadfast determination is one of her glowing attributes that would propel her career to great heights in years to come. 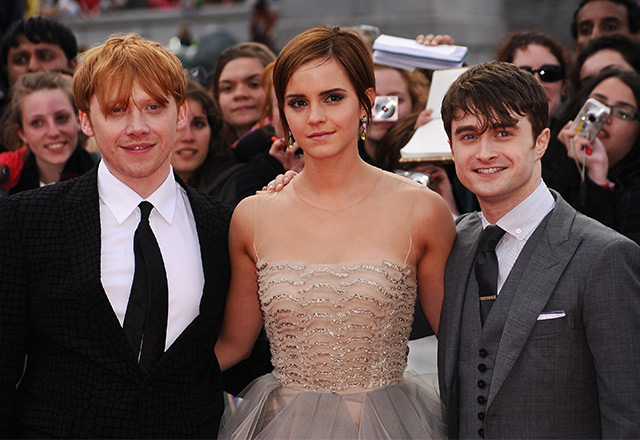 When casting began for Harry Potter and the Philosopher's Stone back in 1999, Watson had reportedly auditioned a whopping nine times. She was personally chosen by J.K. Rowling during her first screen test to play Hermoine Granger—a decision that has established her acting chops and solidified her career 18 years later. After she wrapped up the Harry Potter installment in 2010, the actress dabbled in a variety of roles, never sticking to one formulaic character or story, be it coming-of-age drama The Perks of Being a Wallflower, psychological thriller Regression, or her most recent role in the 2017 remake of Beauty and the Beast.

But let us not forget about that notable list of accomplishments as we've mentioned earlier. Armed with a bachelor's degree in English literature from Brown University, Watson also is a certified yoga and meditation instructor and a UN Women Goodwill Ambassador as of July 2014. If that isn't #goalsworthy enough, she kickstarted the HeForShe solidarity campaign initiated by UN Women in September 2014, with a goal "to mobilize 1 billion men to accelerate the achievement of gender equality." After her game-changing speech during the opening event, detractors and general haters of equal rights were quick to react with hate mail and death threats circulating the web. But instead of backing down, the hostile reaction only served as fuel to her fire.

"After I gave my speech [the #HeforShe launch at the UN] there was a website threatening to release naked pictures of me. I knew it was a hoax, but I think a lot of people that were close to me knew gender equality was an issue but didn't think it was that urgent, that it was a thing of the past. I was raging, it made me so angry, I was like, 'This is why I have to be doing this.' If anything, if they were trying to put me off it, it did the opposite."

Recently, Watson has been the subject of another controversy involving an editorial spread in Vanity Fair in which part of her chest was exposed in a white top. But in response to the backlash, she replied bluntly in an interview with Reuters that "feminism is about giving women choice. Feminism is not a stick with which to beat other women with. It's about freedom, it's about liberation, it's about equality. I really don't know what my tits have to do with it. It's very confusing." And we concur.

Apart from her women's rights work, Watson has been lauded for her style evolution and effortless dexterity in modeling. She appeared as the face of Burberry in 2009 and Lancôme in 2011, clinching the award for Best British Style at the 2014 British Fashion Awards. One to favour classic silhouettes in understated hues, the actress' red carpet appearances often feature brands such as Balenciaga, Calvin Klein, and Givenchy Couture, with a penchant for Dior.

As of late, the star has been highlighting sustainable fashion with vigour via her style choices (and even on social media). Last year, she wore a custom Calvin Klein Collection gown that was made entirely from plastic bottles to the 2016 Met Gala. Her commitment to eco-friendly fashion continued throughout the Beauty and the Beast promo tour. A few of her standout ensembles include a Louis Vuitton dress made from used plastic bottles, Givenchy Couture and Dior gowns made from certified organic silk, and a vintage YSL suit. A key point to highlight from her dedicated Instagram account that serves as her eco-conscious style diary is that it also includes #ootds of her wearing lesser-known sustainable fashion brands, such as Behno, Coltrane, Svilu and more.

But if there is one major takeaway from this brief narrative of Watson's career and milestones, it is to never back down from naysayers.

"Don't let anyone tell you what you can and can't do or achieve. Do what you want to do and be who you want to be. Just encourage and include each other, don't ostracize the gender in front of you."

And to continue on that uplifting note, here's a compilation of the actress' best #quotestoliveby:

1. "It's a journey and the sad thing is you only learn from experience, so as much as someone can tell you things, you have to go out there and make your own mistakes in order to learn."

2. "I don't have perfect teeth, I'm not stick thin. I want to be the person who feels great in her body and can say that she loves it and doesn't want to change anything."

3. "I don't want the fear of failure to stop me from doing what I really care about."

4. "I guess what really forms you as a person is what you do within your family to receive love or attention. In my family, what you had to do to receive attention was to have good conversation at the dinner table or for me to do well at school, and those were really my focuses because that was what was valued the most."

5. "I don't want other people to decide who I am. I want to decide that for myself."

Muse of the Month: Emma Stone

Muse of the Month
Emma Watson

Muse of the Month: Emma Stone