Following its extremely well-received streetwear foray, consider us piqued with this debut in the au courant. Introducing the Tambour Horizon, a merger of style and technology. The smartwatch embodies the aesthetics of the signature Louis Vuitton Tambour that debuted 15 years ago but is powered not by conventional movement. Instead, within its 42 mm case and distinctive concave bezel, power is drawn from the Qualcomm Snapdragon Wear 2100 platform. 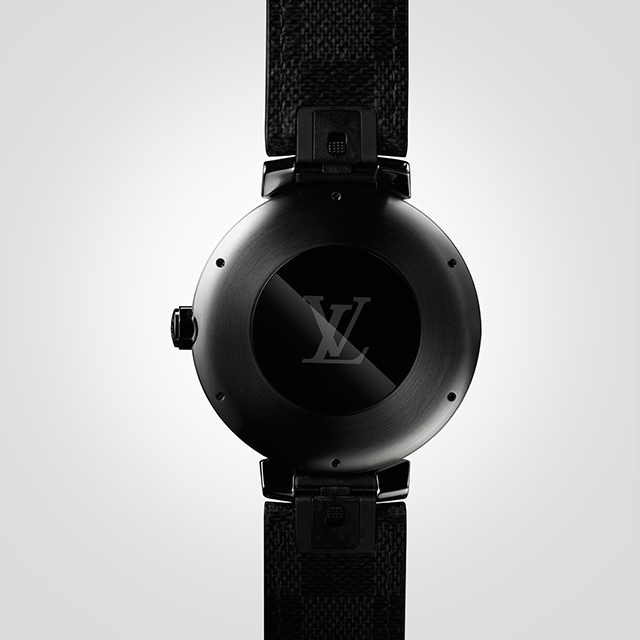 Like many smartwatches, it operates on Android Wear 2.0 but the distinction lies in the penchant for customisation the luxury watch world endorses. Beyond the option of multiple watch-faces, entirely unique dials are waiting to be created at the command of your creativity. For those who prefer to closely abide to house codes, emblematic Louis Vuitton models like the GMT, chronograph and Escale are among the plethora of available dial variations. Room for personalisation is further expanded by an impressive array of 60 readily detachable straps — half catering to masculine tastes and the other with a more feminine skew.

Never slacking in its pursuit of the art of travel, Louis Vuitton's Tambour Horizon incorporates functions exclusively in service of wanderlust. "My Flight" — a feature found on no other smartwatch — functions to feed wearers with all important information regarding their air travel bookings to guarantee a smoother and more relaxed journey. Upon landing, "City Guides" will ensure you hit the ground running. With the well-known guides adapted for the smartwatch, wearers will have the very best addresses of seven of the most visited cities in the world are revealed on their wrist and even discover nearby attractions in real time, thanks to the watch's geolocation capabilities.

If you are a traveller in a connected world, patron of personalisation and a digital devotee, the Tambour Horizon is the luxe instrument to consider.

Visit the Louis Vuitton website for the full specifications and more information on the Tambour Horizon.

Delve deeper into the world of  wearable tech: