New J.R.R. Tolkien book to be published 100 years after it was written

J.R.R. Tolkien served in the British Army during the First World War—this was long before he wrote The Lord of the Rings. The war had a profound impact on the then young author, and his experiences while in military service laid the foundation of what would become his fantasy epic. In 1917, upon his return from the Battle of the Somme, Tolkien began to put down some of his stories to paper.

One of these stories was Beren and Luthien, which was inspired by his wife Edith. In a letter to his son Christopher, Tolkien wrote: "I never called Edith Luthien—but she was the source of the story that in time became the chief plan of the Silmarillion. It was first conceived in a small woodland glade filled with hemlocks at Roos in Yorkshire (where I was for a brief time in command of an outpost of the Humber Garrison in 1917, and she was able to live with me for a while). In those days her hair was raven, her skin clear, her eyes brighter than you have seen them, and she could sing—and dance." 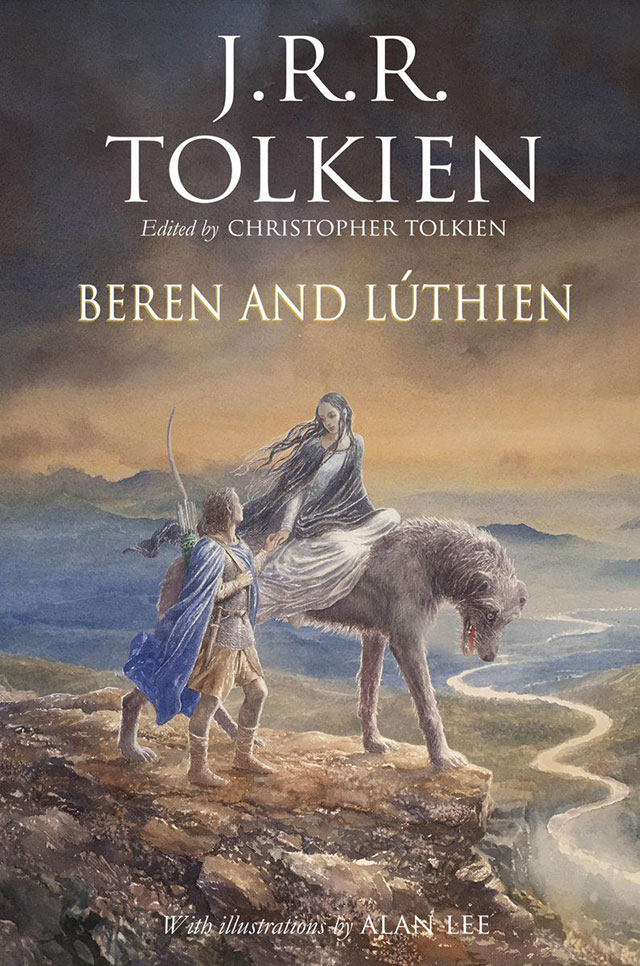 That formed the heart of the story that tells of the meeting of the immortal Elven Princess Lúthien Tinúviel and mortal hero Beren in the glades beside Esgalduin, and the names of the characters were engraved on the gravestone he shared with his wife years later. Since it was first written in 1917, Tolkien has re-wrote the story in several forms, including the epic poem The Lay of Lúthien. A version of the story was also told to the hobbits by Aragorn in The Fellowship of the Ring.

The new book, edited by Christopher Tolkien with illustrations by Alan Lee, will begin with the earliest version of the tale, a short story called the Tale of Tinúviel, and include passages from later versions. Beren and Lúthien will be released in May 2017.