Some 140 years ago, in 1879, Samuel Clemens or popularly known as Mark Twain, narrated a bedtime story to his young daughters - Clara and Susie - about a boy who ate a magic flower and was then able to talk to animals. Together, they went on an adventure to save a kidnapped prince.

While Mark Twain is more known for his fiction, essays, short stories, satire, travelogues and even journalism work, this is his first ever-recorded fiction for young children.

A scholar discovered Mark's 16-page note on the bedtime story in 2011 among archive materials when he paid a visit to the Mark Twain Papers and Project at the University of California. Though unfinished, it's considered as a significant literary discovery. 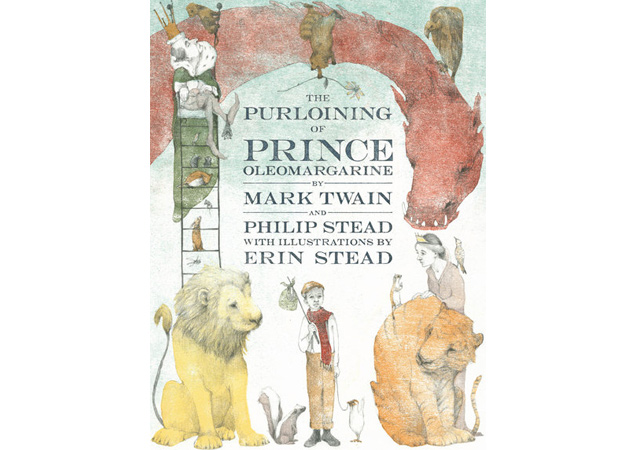 The long-lost tale has since been reworked into The Purloining of Prince Oleomargarine – a new illustrated children's book by author and illustrator team, Philip and Erin Stead. It would be framed as "told to me by my friend, Mark Twain" where the late author is featured as part of the story.

Oleomargarine is set to be published on 26 September this year, which will coincinde with the 150 anniversary of the publication of Mark Twain's first book–the 1867 short-story collection, The Celebrated Jumping Frog of Calaveras County and Other Sketches.