First things first—sexual health education includes a comprehensive curriculum covering bodily changes during puberty, sexuality, healthy relationships and biology that allow people to make informed decisions about their sexual health. It is a human right to receive a proper education, yet the rampant cultural stigma, the inclination towards a negative or shaming attitude and blatant misinformation with anything sex-related in Malaysia has prevented the implementation of an adequate sexual health education programme in schools outside of basic biology.

To paint a picture of how effective the current programme is, here are some facts from a recent 2019 study by the Centre for Governance and Political Studies (Cent-GPS): every single year there are approximately 3,000 rape cases, 18,000 teenage pregnancies and 100 cases of baby dumping. In addition to that, the study highlights that the public have some serious misconceptions about consent, healthy relationships, safe sex and birth control. In light of this, the current state of sexual health education in Malaysia can be summed up in one word: dire.

So, what are we doing wrong? To answer this, let's deep-dive into the nitty-gritty.

Behind the controversy of sex education

Currently, 90 percent of respondents agreed that sexual education is not being taught in Malaysian schools. There has been recent talk of introducing formal sexual education in schools between the Ministry of Women, Family and Community Development and the Ministry of Education. Although promising, the government is struggling to agree on how to introduce the programme—some think that it should be taught as part of other lessons while others insist that it should be its own programme. In addition to this, there has also been major push-back against the introduction of sexual education in schools which can be attributed to a few factors:

The discomfort of teachers and the religious reasons against sex education are understandable with the current cultural climate and will take time to work past. However, the concern over sex education encouraging more youths to become sexually active has less bearing – results from an analysis of sex education programmes in schools by the World Health Organisation has proven that such programmes have led to a delayed onset in sexual activity among youths, and in the case of those who were already sexually active, there was a marked decrease in the extent of activity or an increase in safe sex.

Others argue over when sex education should start: In a 2010 study, majority of the rural parents surveyed agreed that the teaching of abstinence, contraception, open communication with family as well as the Islamic view on sexuality should be taught in schools. However, when asked about more taboo topics such as teen pregnancy or premarital sex, they proved to be more apprehensive. They also agreed that it should be taught at a primary level but could not agree on a specific grade to introduce the programme. So, let's consider the more controversial aspects of sexual health education and why they must be formally taught.

Safe Sex in all its forms

With the rates of teenage pregnancy and baby dumping soaring, advocating for safe sex seems like a no-brainer; the unusually high incidence rates are evidence that a significant number of Malaysian teenagers are already sexually active. Thus, educating young people on the responsibilities that come with sex, the effects that pregnancy can have on their mental and physical health, as well as their options for birth control outside of abstinence, is imperative in reducing the current crisis we are facing. 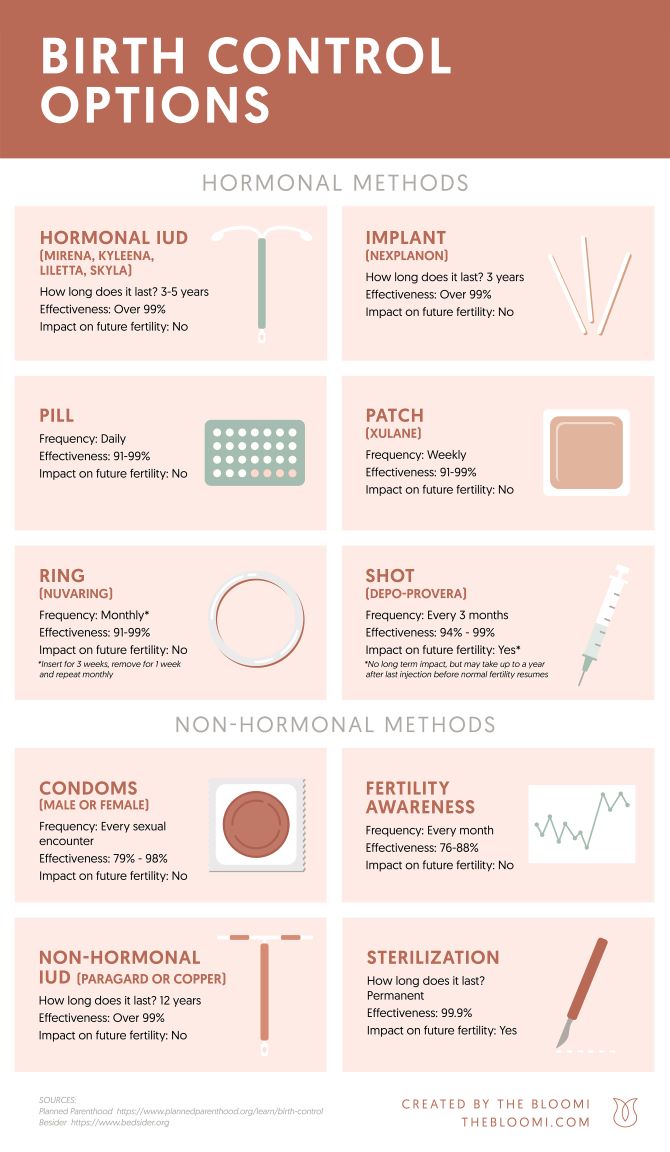 Providing adequate advice on birth control and making it widely available would help to curb our pervasive rates of teenage pregnancy. Unfortunately, the current understanding of the uses of contraception by the general public is, frankly, not too great. For example, in the study by Cent-GPS, 93% of those surveyed could not say how long emergency contraception was effective for after unprotected sex. Further, many feared that the pill could contribute to infertility and abortion. This is not an isolated misconception: there is a very common old-wives tale that the hormonal pill leads to infertility. To put it bluntly, this is completely false. There is no evidence from any studies to support this—unpleasant side effects like weight gain and mood swings may manifest in some but potential infertility is not one of those side effects. I mean, the main attraction of the pill to married women is that discontinuing its use restores your fertility to normal, allowing for convenient family planning. Further, most who perpetuate this lie conveniently forget (or refuse to acknowledge) that there are many other uses for birth control outside of sex, including the treatment of debilitating reproductive disorders like endometriosis and polycystic ovarian syndrome (PCOS).

The stigma surrounding birth control is not limited to parents trying to discourage their children from it; according to articles published by the New Straits Times and Malaysiakini, single women are being denied affordable contraception by Klinik Nur Sejahtera, Malaysia's version of Planned Parenthood. Although the official policy from the Ministry of Health states that marital status is not an issue in obtaining birth control, some staff at Klinik Nur Sejahtera are reportedly denying contraception to single women. In reality, single women are entitled to contraception after a consultation but this information is withheld, leaving many frustrated and leading them to give up on their pursuits. That said, birth control is relatively easy to obtain over-the-counter at pharmacies but prices range from RM10-RM55: the family planning services provided under Klinik Nur Sejahtera are markedly cheaper. Aside from being highly unethical, there is no point in teaching safe sex if contraception is not available to all.

Giving young people the opportunity to have an open conversation to discuss their sexuality as well as learn about consent and healthy relationships is important when considering the sheer number of cases of sexual abuse. The reported incidence of rape is incredibly upsetting, but the actual incidence is much more grave if you consider how many cases must go unreported, or how many victims are actually unaware that they have been sexually assaulted.

We tend to think of rape in the context of dark alleyways and extreme violence, but this is a far cry from the majority of cases. Severe sexual aggression and physical force is only a constituent of rape—what many fail to remember is that rape is sexual intercourse with a person without consent. This includes when they say no, when they are physically or emotionally threatened or are unable to provide informed consent (when underaged or intoxicated).

Why don't victims of sexual assault come forward? Well, it probably has something to do with the aforementioned shaming and blaming culture surrounding Malaysians.

A poignant summary of the mentality that ostracises sexual assault survivors is the proposal of a sexual harassment law by Mohd Imran Abd Hamid, a senator from the People's Justice Party. Shown in this video, the senator makes an ignorant and, frankly, disgusting statement that reads "I propose a Sexual Harassment Act to protect men from the actions, words and clothing of women, which can cause men to be seduced to the point they can commit acts such as incest, rape, molestation, (watching) pornography and likewise."

I know—the more you read it the more absurd it gets. It is a horrifying reality, that those who run our country and who represent us are so blatantly uneducated. It truly highlights the need for an adequate education. Worse still, this mentality of victim-blaming and shaming is omnipresent, especially in the workplace and in universities, in which culture and policies are complicit in the ostracisation of victims and in allowing the culture of sexual misconduct to thrive.

If not us, then who? 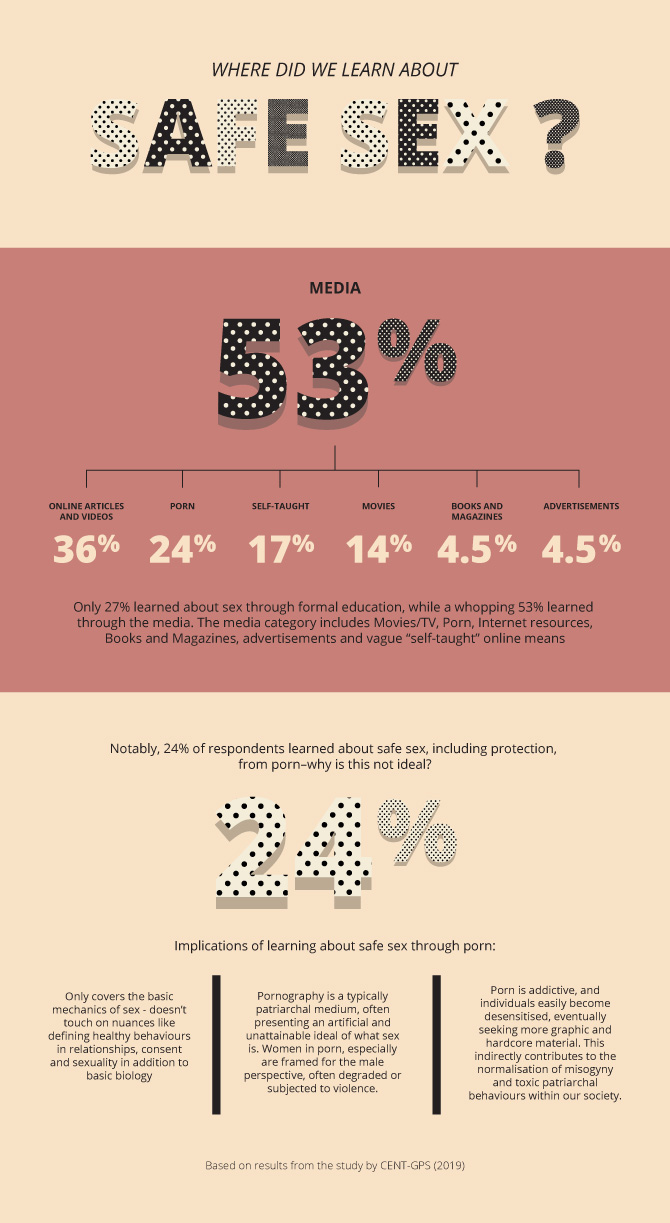 So what can we do?

1) Design programmes that fulfil Islamic ideals of sexual education within the context of spirituality and morality, but not at the expense of a comprehensive curriculum
2) Age-appropriate sexual education, as detailed in the infographic below 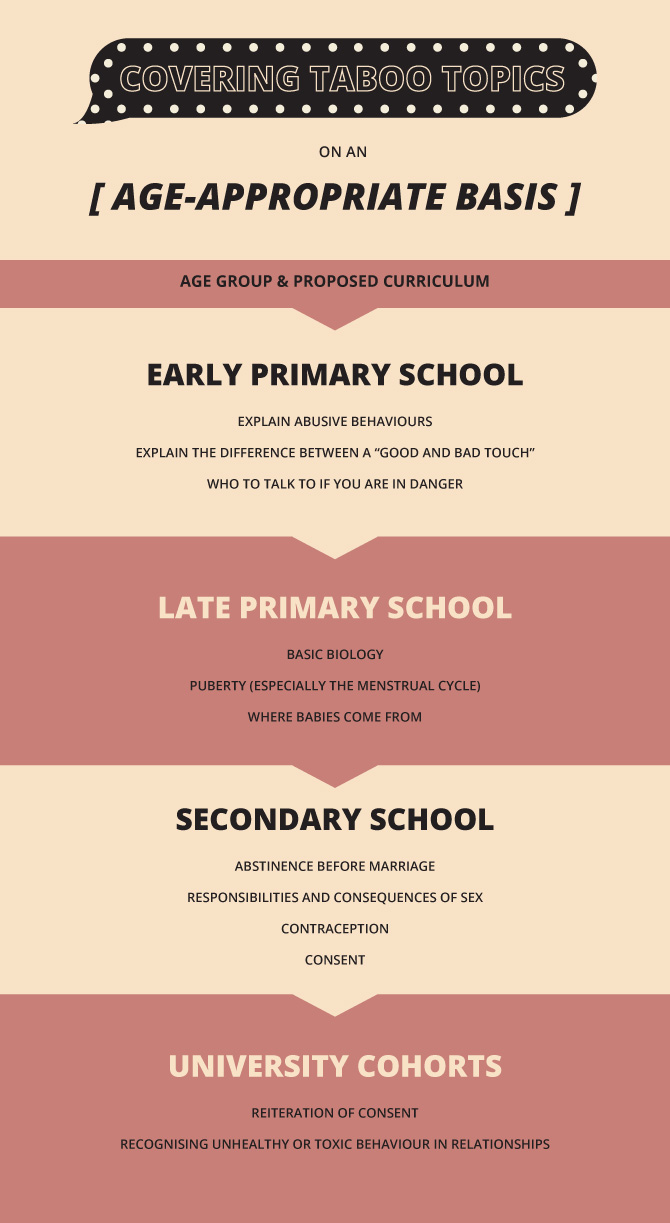 3) Update the teaching methods: interesting journal articles from 2017 and 2018 proposed the introduction of an Internet-based resource to teach school children and adolescents age-appropriate sexual education, eliminating the discomfort of teachers and students while providing an effective and comprehensive programme.

Finally, working towards changing the attitudes surrounding sex in Malaysia is a necessary obstacle. It's clear that the current state of things leaves much to be desired, and treating the topic of sex as a dirty secret has done nothing but leave us with a plethora of upsetting statistics. There is no more room for excuses: taking control of the situation and fulfilling the need for sexual health education in Malaysia is a necessity.

The views of the author do not necessarily represent the views of Buro.

Depression: What to know and how to support a friend