Should you bother watching Gwyneth Paltrow's 'The Goop Lab' on Netflix?

When I received a text from my Editor asking me to write a piece about Gwyneth Paltrow's The Goop Lab series on Netflix, I thought, "Well, this will be interesting". I'll admit, I'm not sold on Gwyneth's "modern lifestyle brand". When it launched in 2008, it started out as a newsletter which promoted an unattainable way of life for most normal non-celebrity folk, endorsing products that came with a hefty price tag, but most pressingly, questionable efficacy.

The one that immediately comes to mind are the energy healing stickers. How could circular multi-coloured adhesives that looked a lot like the ones in your sticker book back in the '90s be responsible for healing ailments?! 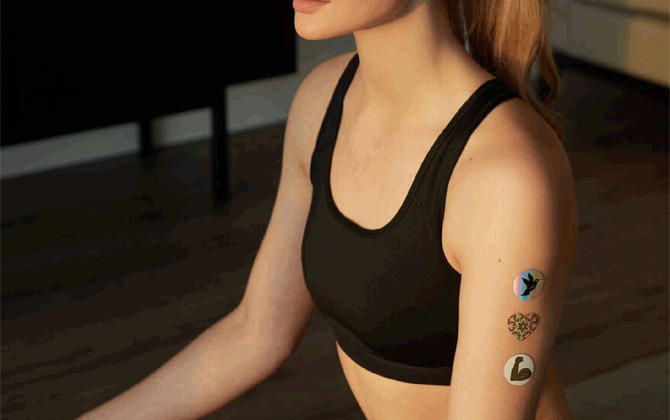 Now, I'd like to think I'm a fairly logical person. I'm not supertitious. I don't pay attention to fortunes, tarot card readings and the like (but I'll admit to following trendy astrological Instagram accounts. The memes are too good to pass up). I also like to think that I'm driven by cold, hard facts which I guess is part of my personality and remnants of my academic pursuits. So naturally, when I first heard about Goop, I immediately wrote it off as nonsense.

With a name like that, it's hard to take Goop seriously. The word has a negative connonation, associated with something gross and slimy. The Oxford dictionary defines the word as a "thick, soft, sticky substance that looks, tastes, or feels unpleasant" ie. yuck.

The notoriety that followed affirmed my thoughts that Gwyneth Paltrow was a loony:

The 15 most ridiculous health products Goop suggests you should buy

A guide to Goop's most ridiculous advice

Why is Gwyneth Paltrow selling a candle that smells like her vagina? 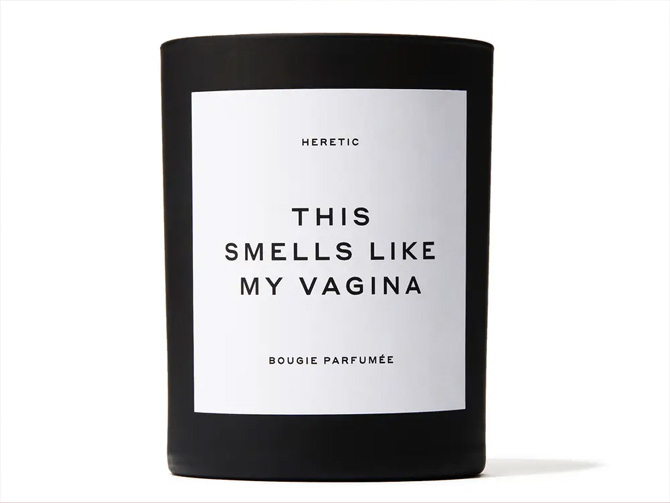 "With a funny, gorgeous, sexy, and beautifully unexpected scent, this candle is made with geranium, citrusy bergamot, and cedar absolutes juxtaposed with Damask rose and ambrette seed to put us in mind of fantasy, seduction, and a sophisticated warmth."

Sounds like a bunch of nonsense right? But yo, it's sold out.

That still isn't surprising to me. (It speaks a lot about human behaviour when people would pay ridiculous amounts of money for a pair of (ugly) sneakers they cannot even run in, or a brick for that matter. We love a good hype, and especially a scandal.) What surprised me was learning that Goop was infiltrating Netflix! The Goop Lab by Gwyneth Paltrow is a docu-series on the exploration of ideas that may seem "out there or too scary". And when you hit play on each episode, this disclaimer will appear:

The first episode, The Healing Trip talks about psychedelics in the context of treatment. There are multiple studies on its healing benefits on people suffering from PTSD, severe anxiety and depression and the format of the show follows Gwneyth and Goop's Chief Content Officer, Elise Loehnen casually interviewing experts of the field at the Goop HQ in Santa Monica. 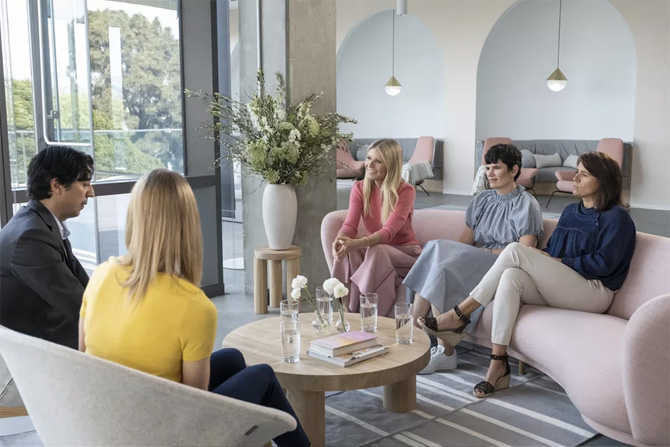 Their first guests were Will Siu, a psychiatrist and Mark Haden, the executive director of Multidisciplinary Association for Psychedelic Studies Canada. The episode highlights how psychedelics were less of a stigma back in the day and were in fact legal until its criminalisation in 1966. The episode includes a few case studies for credibility, but the whole premise of The Goop Lab is that the team gets to experience it first hand, so a few selected members flew to Jamaica to experience magic mushrooms.

The experts describe its physiological effects of the psychedelics, saying that it mutes the fight or flight response, meaning you're free of fear and are able to "let go". In that sense, that's where the therapeutic aspect comes in, allowing you to deal and feel with things you may be surpressing. One member of the team chose to go on this journey to cope with personal traumas while others were possibly seeking an experience of enlightenment. "I would like to understand myself in the context of a bigger universe, beyond how I intellectualise it in my brain", said Elise.

Watching a bunch of people trip out on drugs is definitely entertaining. Especially when you're on the other side of the screen, completely sober and snacking on Chinese New Year pineapple tarts. The episode was filled with emotions, plenty of tears and laughter, each of them exhibiting different responses, but all extremely and completely vulnerable at that moment.

I'm no expert on psychedelics but Elise said something that stuck with me: "At the end of the day, this idea that this work needs to be done in secret, that it's shameful. That it's not appropriate to be vulnerable in front of other people, I think is one of the paralysing things going on in our society". She does have a point.

Growing up, I saw vulnerability as weakness. And I believe it is in our conservative Asian culture that sharing or opening up is not the norm. Previous traumas teach us to have our walls up, defences on and be on guard at all times. We're told and taught to be strong constantly. Maybe Gwyneth is on to something here. We may not have to resort to psychedelics but perhaps we should be more open and kinder to ourselves. Perhaps being vulnerable is the first step to healing?

The notorious episode has already been receiving headlines about its contents:

- How The Goop Lab filmed a woman's real, life orgasm

- What The Goop Lab gets right (and wrong) about sex

I watched the episode. And sorry to disappoint but the orgasm scene was not overtly explicit. And neither was it the main focus of the episode. Rather, it was more as females, the acceptance of our bodies, specifically our genitalia. Being Asian and growing up in a moderately conservative country, I'm well-aware of how taboo the subject is here in Malaysia. Aside from religious and "moral" aspects, we've also been conditioned to think that there is something wrong with our bodies seen through the rise of bleaching products, creams and surgeries. According to the International Society of Aesthetic Plastic Surgery, labiaplasty surgeries increased by 45% worldwide between 2015 and 2016.

Though, I must warn you, the orgasm scene may not have been overtly explicit but the episode does shine light on vulvas, literally. (Also TIL: Vagina is the official term for the birthing canal only. Everything else falls under the vulva category). Women exploring their sexuality is often looked at in a negative light. If a man is sexually empowered, he's labeled a player. But if the tables are turned and the same principle is applied to a woman she's a slut? Why the double-standard here? Betty Dodson, a sex educator and author, made a very powerful statement during the show: "We're very dangerous when we're knowledgeable". 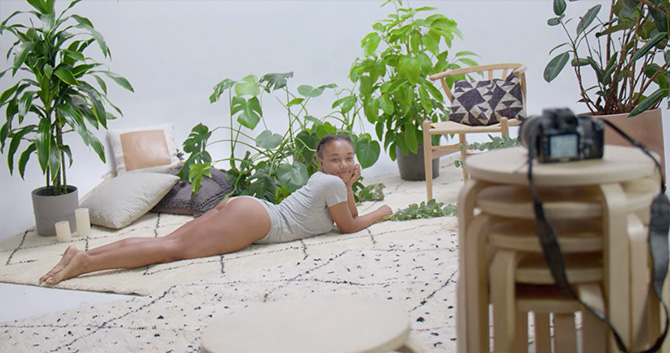 Considering all the ruccus surrounding the episode, what I was truly getting from it was merely a message about being comfortable in your own skin and owning your sexuality. And doing away with the ingrained thoughts of shame and fear. Also, open communication with your partner. (Which I feel is important in any given situation, in or out of the bedroom.)

Gwyneth explains that the idea of Goop is to achieve "optimisation of self". Wellness is not a new concept but its increasing popularity in the recent years has made it a growing topic of discussion. And if I've learned anything in my humble 27 years of existence, it's that being happy and relaxed is the true way to being our best selves. I may not agree to all of the methods The Goop Lab advocates for but to each their own. Some argue that the show preaches pseudoscience and I will have to agree with the NHS when they condemned the show as a "considerable health risk". Doing yoga in sub-zero temperatures and openly advocating psychedelics may pose harm on young, impressionable minds.

But ultimately, the show raises questions and peaks curiosity. I can be very skeptical, and get frustrated when things cannot be explained scientifically. The energy healing episode definitely is one I cannot logically understand. But from a scientific standpoint, there is a plausible reason behind it. Take the well-known placebo effect as an example. What makes the drug or treatment effective isn't the treament itself, but it's the belief that it will work. And strangely enough, that's all that matters? At the end of the day, it's really what you choose to believe in. So, it's really about mind over matter, y'all.

Why we need to lighten up about weight

Why we need to talk more about menstrual health