Everything you need to know about the new 'Hustlers' movie

The film will be loosely based on Jessica Pressler's feature "The Hustlers at Scores" which is a revenge tale that follows a real-life group of exotic dancers who join forces to swindle their wealthy (and slimy) Wall Street clients out of money. 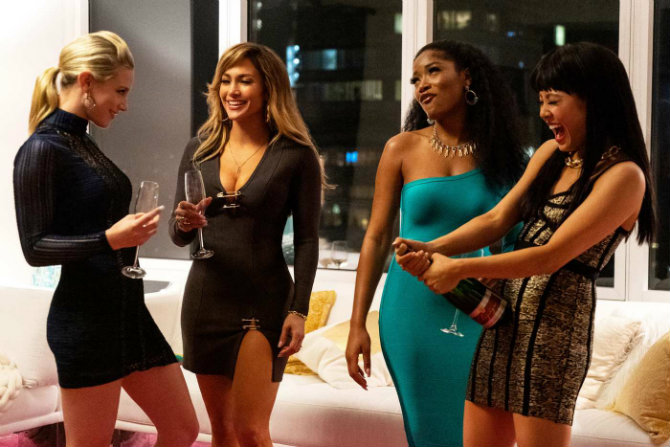 The movie has Jennifer Lopez playing the ring leader of the group alongside Constance Wu (of Fresh off the Boat and Crazy Rich Asians). Then there's Riverdale's Lili Reinhart, rapper Cardi B, former Scream Queens star Keke Palmer, singer Lizzo, Julia Stiles (10 Things I Hate About You, anyone?), Madeline Brewer who captured our hearts in The Handmaid's Tale and last but not least, R&B legend Usher himself.

If this cast list doesn't get you psyched for the movie, we don't know what will.

In an interview with Vulture, Hustlers director Lorene Scafaria revealed that Jennifer not only physically trained for the role but also took field trips to strip clubs for research.

"She's obviously such an unbelievable dancer, but she trained so hard-core for this. Pole dancing is not like anything else. It required muscles you don't know you have. So we did treat it a little bit like a sports movie in that way. She and Alex (J Lo's husband) went and visited a strip club, and she was able to give me some ... insights," explains Scafaria.

Besides that, Dodd Romero, Jennifer's trainer told Oprah Magazine that the Jenny from the block singer took on a 10-day no carb, no sugar challenge before filming started. That's dedication at its finest!

Cardi B used to be a stripper IRL

Although this will be Cardi's film debut, this isn't the first time she'll be dancing on a pole. Before her rap career took off, Cardi worked as a stripper to make ends meet - something she isn't ashamed about according to an interview she did with Cosmopolitan magazine back in 2018.

Not only that, an old video of Cardi sharing her past resurfaced a few months back. In the video, she revealed that she used to drug and rob men to survive. Though she has since owned up to her mistakes, we just can't help but find the coincidence amusing.

This will be Lizzo's first live-action film debut

FUN FACT: The songstress made her big screen debut when she voiced the character of Lydia in the animated musical comedy Uglydolls.

The official trailer for the movie was just released TODAY

Watch it below and tell us what you think!

ICYMI: All of Jennifer Lopez’s Versace outfits at the MTV Video Music Awards 2018