History in the making?

According to The New York Times, about 40 percent of the existing buildings in Manhattan could not be built today due to the rules under New York City's current zoning code - some because they exceed the height limitations, and others have too many square feet dedicated to commercial uses. Speaking of building heights, the general conception seems to be: the taller the building, the more impressive the sight. For developers, it will mean more saleable square footage too. How does one then push the boundaries with the zoning code in place? Oiio—an architecture studio based in New York and Athens—has the answer.

Proving that you can have fun without breaking the rules, Oiio has conceived an architectural project for the world's longest tower to be built on Manhattan's 57th Street in New York City. Called 'The Big Bend', the conceptual building takes advantage of the height limitations under the city's zoning laws with a design that doubles back on itself at the peak to form an arch. 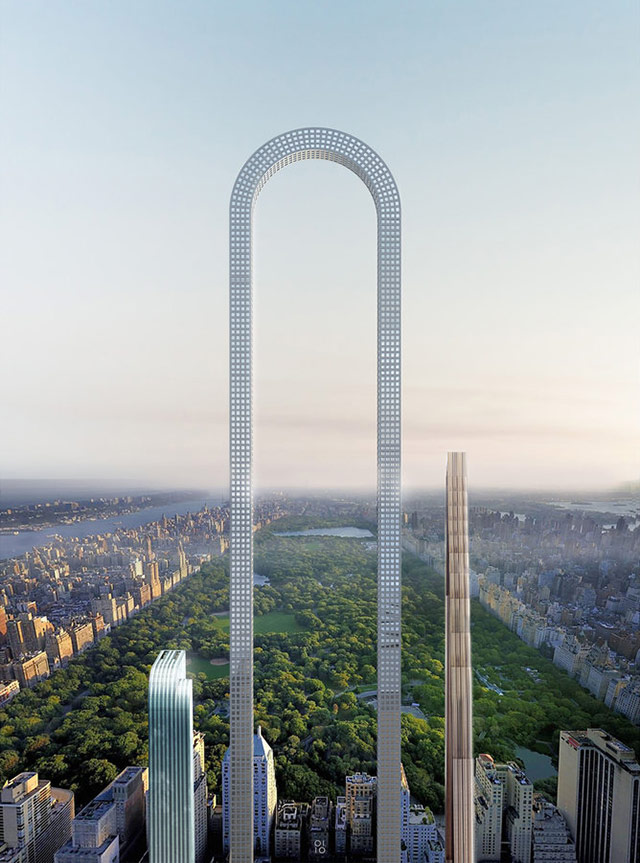 "There are many different ways that can make a building stand out, but in order to do so the building has to literally stand out. We usually learn about the tallest building and we are always impressed by its price per square foot," says Oiio. "New York City's zoning laws have created a peculiar set of tricks through which developers try to maximise their property's height in order to infuse it with the prestige of a high rise structure. But what if we substituted height with length? What if our buildings were long instead of tall? If we manage to bend our structure instead of bending the zoning rules of New York we could be able to create one of the most prestigious buildings in Manhattan."

And there you have 'The Big Bend', Oiio's architectural solution to the height limitations of Manhattan. See the project's conceptual images and sketches here:

A look at the World Trade Center Oculus in photos