1. The recently-concluded art fair marked the fifth edition of Art Basel in Hong Kong, and it is safe to say that it now stands on the same pedestal as its sisters in Basel and Miami Beach, establishing itself as one of the leading fairs worldwide. This year, Art Basel Hong Kong featured 242 galleries from 34 countries, and saw an increase in visitorship from 70,000 (2016) to 80,000. Among the visitors were art enthusiasts as well as private collectors, curators and directors from more than 78 leading international museums and institutions, including MoMA PS1 (New York), National Gallery Singapore (Singapore) and Tate (London).

2. The art fair was divided into seven sectors: Galleries, Insights, Discoveries, Kabinett, Encounters, Film and Magazines. A new addition to the show this year is the Kabinett sector, which featured curated exhibitions in an architecturally delineated space within the participant's booths, ranging from thematic group presentations and art-historical showcases to solo shows. This year's Art Basel received high praise for its creative and thoughtfully curated booth presentations, as well as the quality of Modern art on display. 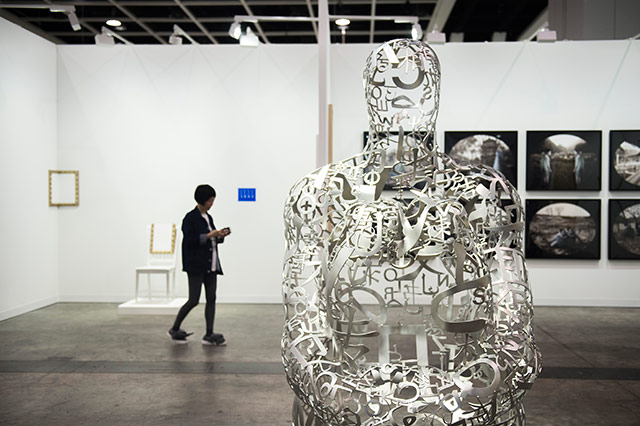 3. This year, the Galleries sector featured 190 exhibitors. A wide range of artwork was on display, including paintings, sculptures, installations, photography and video works. Among the notable exhibitions were Lévy Gorvy's presentation of pioneering Modern and Post-War works, Eslite Gallery's solo booth of work by Cai Guo-Qiang and galerie nichido's display of works by the Japanese and French master Léonard Foujita. 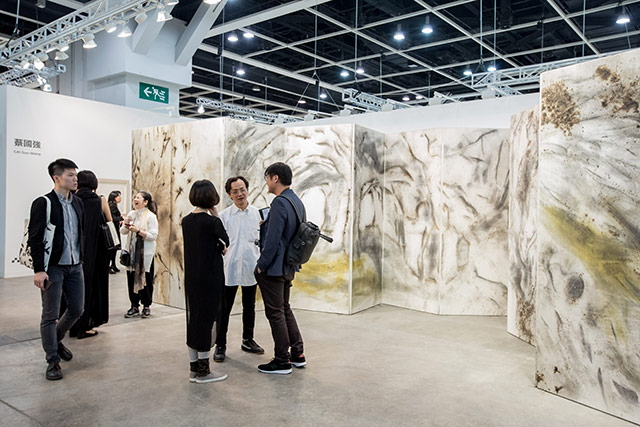 4. Remember our #BuroArtBeat (the first ever virtual reality art exhibition in Malaysia) event last month? If you do, then you'd probably have an idea of what the Tilt Brush by Google is all about. In Hong Kong, Art Basel had a similar collaboration with Google Arts & Culture with 'Virtual Frontiers: Artists experimenting with Tilt Brush'. International artists boychild, Cao Fei, Robin Rhode, Sun Xun and Yang Yongliang created 3D artworks with the Tilt Brush, which were on display in the Art Basel's Collectors lounge during show hours. 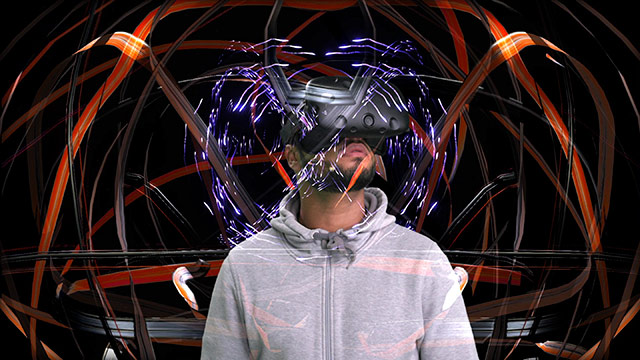