Your guide to enchanting makeup in under 7 steps

As enchanting as the couture frocks were, the magic of the moment would be lost without the ethereal beauty looks crafted and styled by Peter Philips for the Dior Spring-Summer 2017 Haute Couture repeat show in Tokyo.

With a Dior Show Backstage beauty pass and the inside scoop from Creative and Image Director for Dior Makeup, Peter Philips, himself, we are about to give you a guide to recreating the pre-Raphaelite dreamscape on your own: 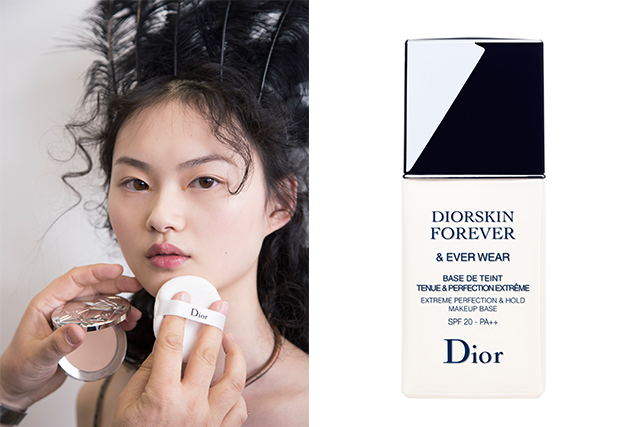 Akin to the fairytale vibes the show gave out, complexions should be kept light and pure. Philips explains: "To get this ultra luminous and natural glow effect, I didn't want too much texture. I needed to keep the fine texture of the skin." Apply Diorskin Forever & Ever Wear Primer as a base.

Prep the skin with gentle touches of the Dior Forever Perfect Cushion Foundation that covers imperfections for an even canvas.

"Next I perked up the cheeks." A light cloud of Diorblush n°756 and 876, along with touches of Diorskin Nude Air Luminiser n°001 on the highpoints of the face gives off a pearly and rosy effervescence.

Doe-like eyes can be achieved sans mascara. Keep lashes nude but draw light in with an innocent sweep of Diorshow Mono n°826 "Backstage" over the eyelids.

Top the peepers off with a barely-there line of Diorshow Khôl n°529 in beige. 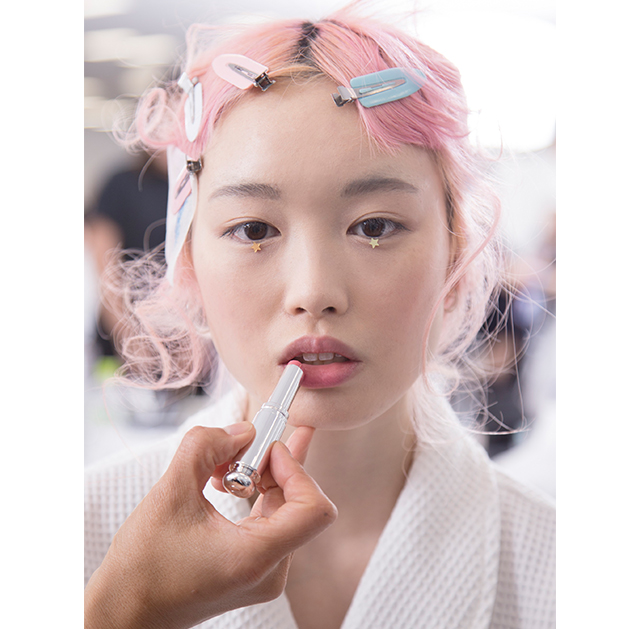 Lightly enhance the lips for a sensual but natural effect with Dior Addict Lacquer Stick n°550 "Tease" by dabbing it in the middle of the lower lip. "When you keep application light, its creamy texture and discreet shine give the lips a plumped look."

The magic touch to starry-eyed wonders: Starshaped glitter to adorn the eyes. "I created several variations to personalise each girl." Likewise, pick a style that suits your tastes and the occasion best. "Stardust" showers from temples to cheekbones deliever ultimate fairy-vibes but there is "metallic purity" in a single, bigger star placed either on the inner corner of each eye or at the centre of the lower lid.