Bearing the throne of being Vacheron Constantin's first water-resistant chronograph, the original Cornes de Vache model born in 1955 was named after the characteristic shape of its lugs that resemble cow horns (cornes de vache in French). The reference 6087 wore its classic shape crafted in gold, and was produced in extremely limited numbers. The Maison revived the model in 2015 in its Historiques collection first with a platinum version, then in 18K pink gold a year later. This month, an all-new steel model joins the ranks. 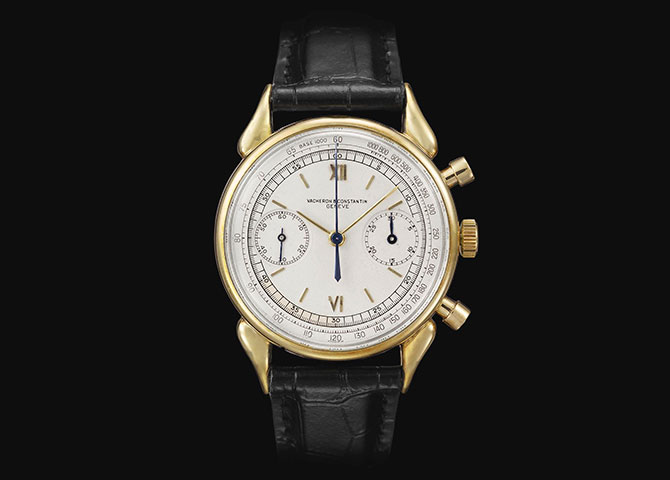 Fun fact: this isn't the first time the Cornes de Vache 1955 is clothed in steel. Back in 2017, the Maison collaborated with Hodinkee on a very limited steel version with a grey dial of just 36 pieces, which were sold out instantly. So fret not if you missed out on that, because the latest model is non-limited. 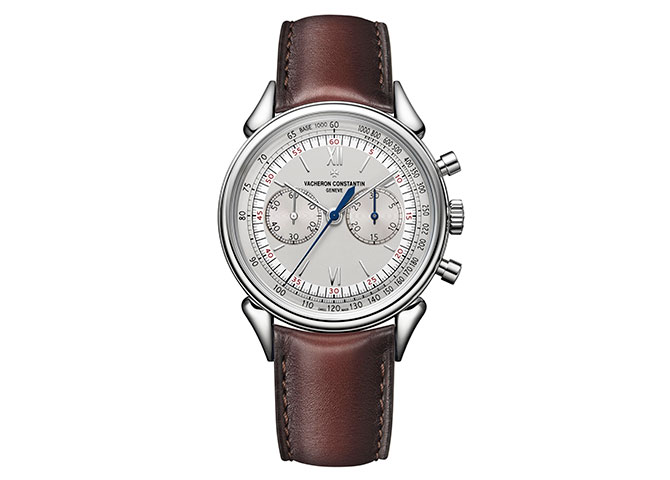 With the new Historiques Cornes de Vache 1955 in steel, Vacheron Constantin satisfies two of the watch market's biggest obsessions at the moment — vintage models and stainless steel timepieces — with one release. Safe to say that it is leaping straight into the status of collector's favourites.

While the original reference stood at 35mm, this timepiece, like the precious metal models that came before it, dials in at a more contemporary 38.5mm diameter. Case material aside, it retains all the hallmarks of the Cornes de Vache Vachron fans have come to love: the distinctive lugs, the mushroom-style chronograph pushers, a 1000-metre base tachymeter scale, and chronograph seconds and minutes hands in blued steel. The white minute-circle punctuated with red numerals provides subtle juxtaposition against the beautiful grey velvet-finished opaline dial. 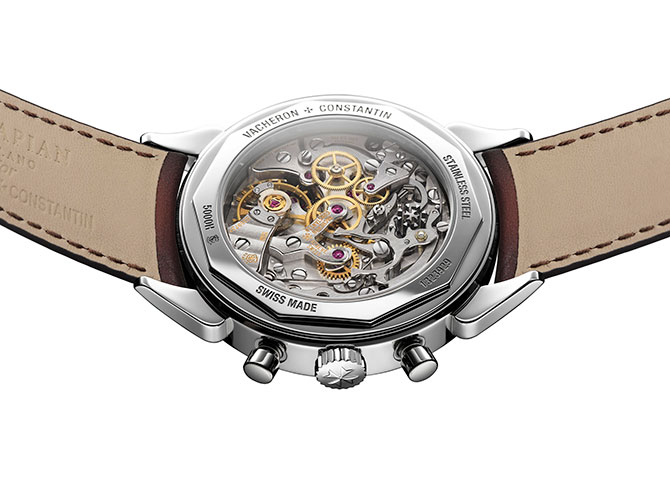 At the heart of the Cornes de Vache 1955 lies the manual-winding 1142 chronograph calibre with a 48-hour power reserve. Watch it beat at a rate of 21,600 vibrations per hour through the sapphire crystal caseback. Being crafted in steel renders the new model relatively more accessible, coming in at a cool RM173,000 — which may sound a little steep at first glance, but this is a Vacheron we're talking about after all.