This music video features sounds made by the Rolls-Royce Dawn

Rolls-Royce and musicians clearly have a thing for one another. Elvis Presley bought one and so did John Lennon. But we're not going to dive into that for now. Instead, we want to talk about another musical star: Dawn 'Inspired by Music'. It's got the looks, the power, and certainly the charm to create music to the ears.

The launch of the Dawn 'Inspired by Music' was accompanied by a light-hearted music video filmed in a special sound-deadening room—the Rolls-Royce's anechoic chamber, at the Home of Rolls-Royce in Goodwood, West Sussex. The room is commonly used during the production of all Rolls-Royce cars to ensure there are no unwanted extraneous sounds. This room is how the world's most silent car, the Rolls-Royce Phantom, came to earn its title. 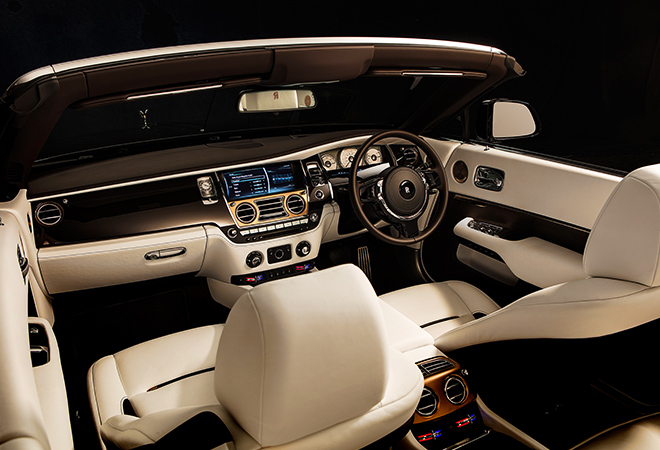 Using only a hyper-sensitive microphone, the mechanical and electrical tones of Dawn were then seamlessly mixed with deconstructed music to create a track of its own. You'll hear the soft closing doors, the umbrella exiting from its home in the door, the windscreen wipers, indicators and the Spirit of Ecstasy proudly taking her place on the prow of the motor car. It's the sound of Dawn.