The flame is on We are officially three months (or 93 days, to be specific, and according to the clock on the official website) away from the Olympic Games and the Internet is overloaded with its news. But here’s what you should really know that’s relevant about the team you’re rooting for: #TeamMalaysia.

1. Which Malaysian athletes have secured a spot (so far) While Malaysia may be at risk of sending the smallest contingent to Olympics in 18 years—there were 29 athletes competing in nine sports at the London Olympics in 2012—we are seeing a couple of firsts this year. Nur Shazrin Mohd Latif, who is also the reigning SEA Games champion, will be the first Malaysian female sailor to compete in the Olympics and incidentally, making it Malaysia’s first time sending two sailors to the Games. On the other hand, Welson Sim is the first Malaysian swimmer to qualify for the Olympics under category A while Johnathan Wong is the first Malaysian shooter to qualify in his category.

Update: It’s the also the first time that Malaysia will be playing in all five events for badminton at the Olympic Games.

3. A Malaysian referee was selected to officiate at Rio Olympics Sometimes referees don’t get as much recognition as they should but Malaysia’s Rita Ghani deserves a shoutout after being selected as one of two women referees from Asia—the other being North Korea’s Ri Hyang-ok—to officiate at the Olympic football tournament come August. It should also be mentioned that she was the first woman official to represent Malaysia at the FIFA Women’s World Cup in Canada last year.

4. Yuna is one of the five artists to sing the Olympics song

US-based Malaysian singer-songwriter Yuna is on a roll as she recently revealed that she, along with Grammy winner Lenny Kravitz from the US, Diogo Nogueira from Brazil, Nneka from Nigeria and Corrine Bailey Rae from the UK, was chosen to record the 2016 Olympics promotional song, ‘The Fire’ which was originally performed by The Roots and John Legend. The question is: Does that mean she’ll be performing at the opening ceremony come 4 August?

5. The Olympic torch/flame has landed in Brazil 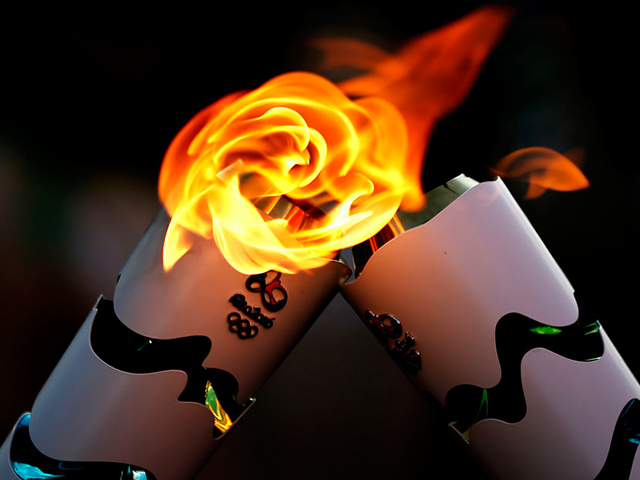 Besides being one of the most notable symbols of the Olympic Games, the arrival of the Olympic torch and the event of lighting it also marks the official countdown to the Games; and a 95-day relay through more than 300 towns and cities in Brazil with some 12,000 torch bearers—each covering around 200 metres in distance—passing the approximately 1.5kg Rio 2016 torch from one to the other. The first torch bearer was Fabiana Claudino, who led Brazil’s female volleyball team to a gold medal twice. The torch’s journey will end with the opening ceremony of the Games on 5 August in Rio de Janeiro’s Maracaná stadium.