Save the date: Isetan's The Japan Store to open on 27 October

Breaking out of the ordinary, Isetan is set to bring not only the best of Japan, but also the authentic Japanese experience that comes with it to our shores very soon. Their brand new specialty concept store, called The Japan Store, will open at Lot 10 this 27 October.

What makes The Japan Store different from the regular Isetan stores?

Besides bringing in genuine Japanese quality products, the new concept store goes a mile further by introducing Japanese history, culture, technology, diversity and lifestyle designs to patrons here. It will feature both Japanese and regional brands, over 200 of which are being introduced here for the first time. The high-quality products range from the categories of food, art, technology, lifestyle and fashion.

While the entire store, which encompasses six floors, is dedicated to the single theme of Japan, each floor is designed with a distinctive thematic experience in mind - from lower ground floor to the fourth floor: The Market, The Museum, The Studio, The Room, The Cube and The Table. For example The Cube, which invites one to experience the inspiring culture of Japan, holds a Learn Zone, where you can learn more about Japanese traditional culture through a series or expertly curated programmes like Japanese flower arrangement and language classes. Meanwhile, The Market will offer a new dining style based on authentic Japanese tastes and technologies—read: really good food coming our way.

One of the products that will be exclusively available at The Japan Store is the Smart Doll, a fashion doll created by Danny Choo. A very well known figure in Japanese popular culture, the son of famous shoe designer Jimmy Choo has most certainly carved a name for himself—now living and working in Japan, Danny is the founder of Culture Japan, in which he shares Japanese culture through snippets of life on his blog and in-house produced TV shows, the creator of Mirai Suenaga, a character that has taken on the roles of official mascot for Japan Tourism and Malaysia Tourism, and of course the creator of Smart Doll. 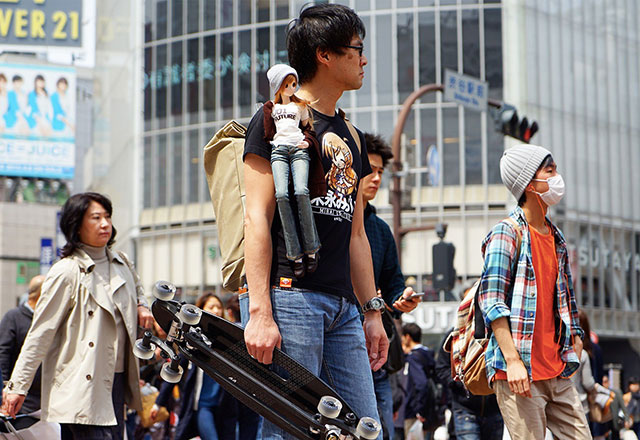 He was recently in town for the Isetan The Japan Store press event, where we had a short chat with him about Japan, its culture and his recent projects:

How did you come to fall in love with Japanese culture?

"First off, I like games. So back then I was into this video game console called Mega Drive, and I wanted to find out more about it. There was no internet at the time I was living in London, so I went to this Japanese bookshop to find magazines about Mega Drive. From there I discovered lots of things about Japanese culture, like drama, anime, manga, and that sort of sparked my whole love for it really."

Speaking about Japanese culture, your work revolves around it. What are some of your recent projects?

"The biggest project I'm working on right now is the Isetan project, which I'm here for. So we've worked with Isetan for over a year now, and it's a huge deal, for Smart Doll. Isetan is a brand that has been around since 1868 and they are Japan's number one departmental store. It has been such an honour working with them. We created an Isetan uniform for Mirai, which sold out in Japan, and now we are collaborating with Isetan in Malaysia on a local version of uniform as well."

Tell us more about the Smart Doll and what makes it unique.

"Smart Doll is a fashion doll which that measures around 60cm in height, and you can customise it to your own preferences—you can change the hair, the eyes, makeup, clothes and even skin colour. It makes a great interior item too. For example, you can have them next to your computer or on your bookshelf."

You've been living in Japan for a while now. Can you recommend three experiences that one cannot miss when in Japan?

"There is so much to see in Japan, but if you only have time for Tokyo, then I would say you have to visit Asakusa. There you'll see a very traditional, Edo period side of Japan, it is also where the Sensō-ji temple is. You should also go to Shibuya, where you'll experience the hustle and bustle of a retail hub. And of course, you could come visit my store (Mirai Store Tokyo) in Gotanda, so you can make your own Smart Doll."

Isetan The Japan Store will open on 27 October 2016 at Lot 10. For more information, visit the website.