The new Porsche 911 Carrera highlights why it is timeless

What is considered timeless to you? Is it a piece of clothing that transcends seasons? How about a Patek Philippe watch? Is black a timeless colour? It's classic so it should be, no? According to Cambridge English Dictionary, the word timeless is defined as "having a value that is not limited to a particular period but will last for ever". That's as self-explanatory as it gets. Whether an object is immortal or not, it would have had stood the test of time and has maintained relevance in a world that's ever changing so quickly. However, there is one concensus on what's enduring: the Porsche 911 Carrera. Vroom vroom.

On the same weekend as the Porsche Carrera Asia Cup race in Sepang, the new 911 was unveiled for the first time in Malaysia. The eighth generation 911 is a sum of its predecessors and is the perfect sports car for every day driving. The new 911 is the combination of several technical improvements, ageless modern design, as well as new assistance systems that provide a high level of comfort and everyday usability. Here's what else you need to know about the new car icon.

Oh digital beast, you're so strong and powerful 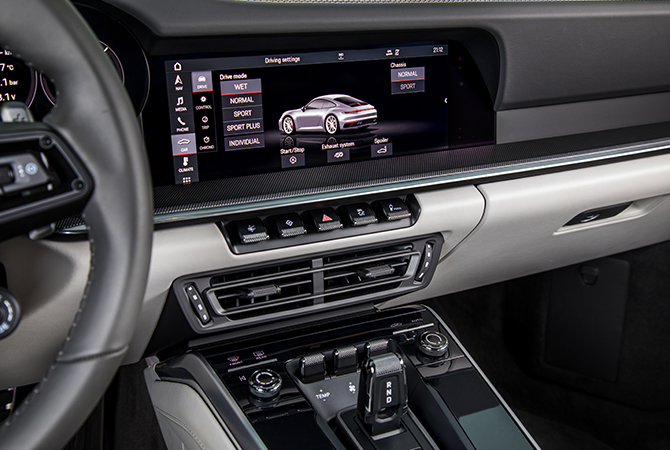 The DNA of Porsche's design can be traced throughout the new car. Some notable differences include the much muscular look and an interior featuring a 10.9-inch touchscreen monitor. The demands of the digital world have also intertwined with the uncompromising dynamism that the classic rear-engine sports car is so massively known for—through smart control and chassis elements as well as cutting-edge assistance systems.

Stop in the name of love of cars and pay attention to this: with 450 horsepower (in S models), the flat-six turbocharged engines have been improved and has never been this powerful. Malaysia is known for many things, and rain probably makes Top Five on the list. Porsche Wet mode is an aid system to make driving on wet roads even safer. Neverthless, you can never be too cautious. One more inclusion in the new 911 that stands out is the Night Vision Assist with thermal imaging camera. This is a first in the 911's long-lasting legacy. 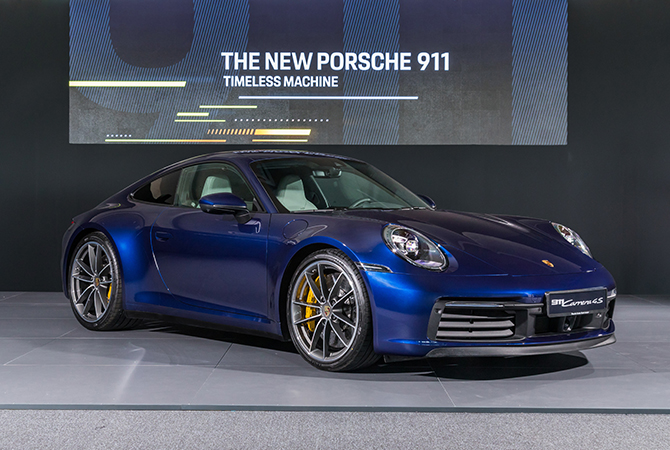 This is the only time you should judge something by its cover because the new 911 is, without a doubt, banging (not literally). Don't let the nostalgic elements fool you as the timeless machine is more assertive and advanced with substantially broader wheel housings that arch over the 20-inch front wheels and 21-inch rear wheels. In addition to the wheels, the body is 45 millimetres wider at the front, and resurrects a traditional feature of earlier 911 generations. If you're thinking of a forward-extended bonnet with a distinctive recess in front of the windscreen, you're right. 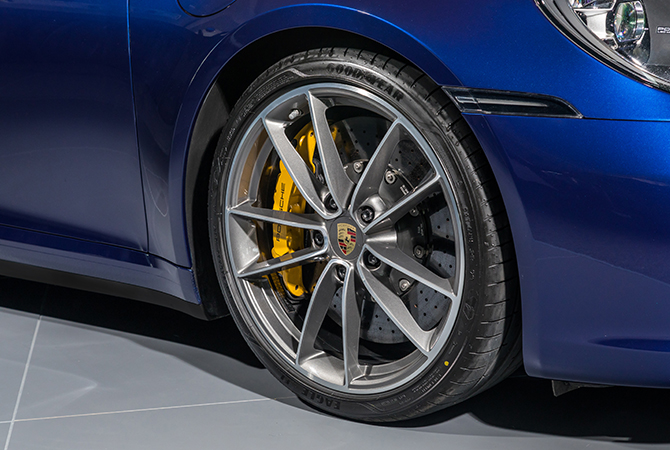 Eyes have always been touted as windows to the soul—hence, the lights. The LED headlights with four-point daytime running lights and dimmed beam are newly developed. What's unique here is that, unlike the typically round and upright form of previous 911s, the eight generation 911's lights are integrated into the wings almost seamlessly. There is also the flush integration of the electrical popout handles that emphasises smooth and tapered side contour of the vehicle. 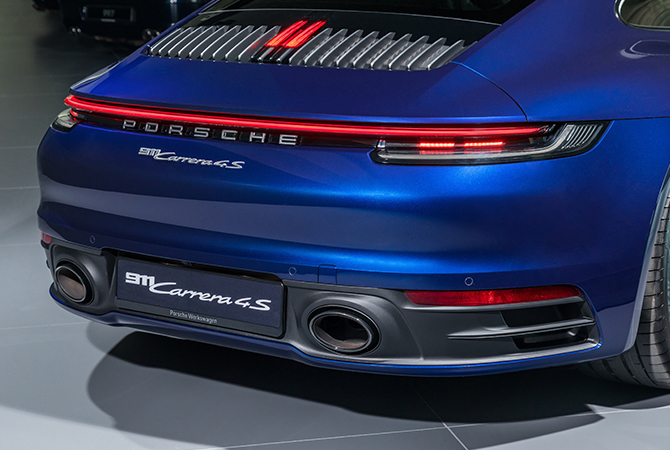 At the back, the elegant light bar and variable-position spoiler dominate. Furthermore, the rear-wheel-drive models have black louvres, while the all-wheel-drive models have chrome elements in the rear grille. Apart from this distinguishing feature, the rear apron also receives a minimal outlook due to the downwards shift of the number plate, auxiliary lights, and tailpipe trim. Can this machine even be part of your home's interior décor? Of course. 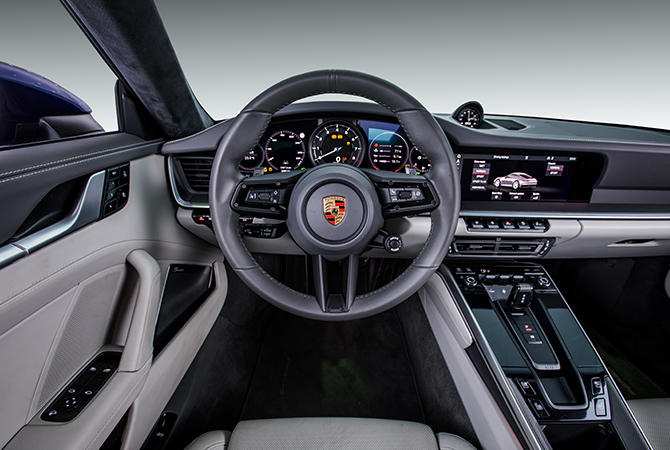 You've seen the outside. Now look inside and check out the interior of the new 911. Inspired by the first four generations of the 911, you will notice clear, straight lines with recessed instruments that define the dashboard spanning a harmonious merger of traditional elements and forward-looking technology. Mentioned earlier is the new 10.9-inch touchscreen, which can be easily operated and sans distractions. Moreover, driving information is given to the driver within a cabin that's free from clutters. How? Two thin, frameless freeform high-resolution 7-inch displays sandwich a centrally positioned analogue rev counter. The interior of the new 911 is designed for ease and convenience in mind. 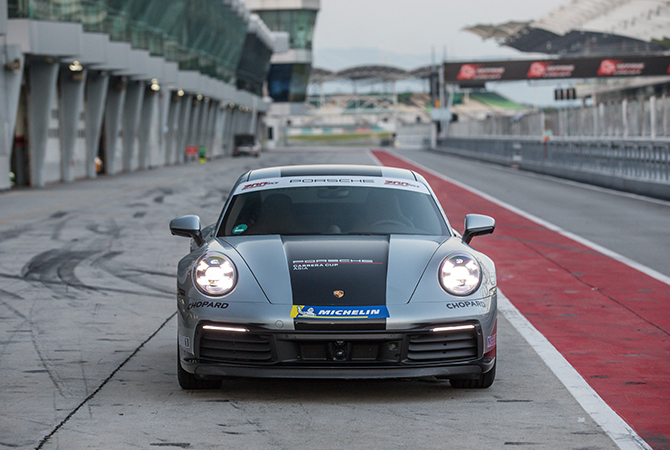 The perennial machine has stood the test of time. The new changes to the eighth generation 911 Carrera were made to ensure that the car stays relevant and classic. However, the truth is—with or without drastic modifications, this is a machine that will always be ageless and enduring. With the recent unveiling in Malaysia, the new Porsche 911 Carrera vehicles are yours to own.

BMW i3s to launch in Malaysia in July 2019: Why it's unlike other cars