True, I was invited to dinner on the eve with friends, but eating salads, porchetta, and roast lamb—although delicious—just doesn't quite have the same appeal as diving into a smorgasbord of such familiar classics as kiam chai boey, joo hu char and lo han chai. My dinner host, Adeline, a CNY 'orphan' herself who has had the much greater misfortune of missing CNY in Malaysia for 15 years, agrees that "white food" on the eve doesn't quite cut the mustard. Which leads me to wonder, what does the mammoth community of Malaysians living in Australia do on CNY, and can the sensation of unbridled festivity be replicated when one is so far from hearth and home?

Ergo, while CNY food festivals abound in Australia, it's nothing quite like gathering in the homes of relatives, eating, gambling, and drinking all day long amidst noise levels that can only be described as ear shattering.

"I ran out of steam this year, but usually I spend days researching typical CNY dishes like braised mushrooms, Hainanese chicken, roast pork, and charsiu. Because most of our friends in Sydney are non-Malaysians, it's nice to introduce and celebrate CNY with them," said Adeline, a consummate hostess who is celebrated amongst her friends for her dinners at home. No surprises then that she quickly rectified matters and organised dinner the following night at an Asian restaurant that included the requisite yee sang and a plethora of other CNY favourites. 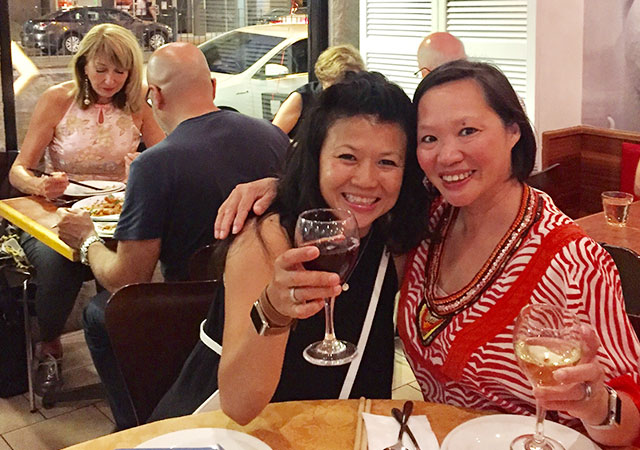 The fact is, much of CNY revolves around food, and eating it with people to whom the food also bears great significance. Ergo, while CNY food festivals abound in Australia, it's nothing quite like gathering in the homes of relatives, eating, gambling, and drinking all day long amidst noise levels that can only be described as ear shattering. "CNY in Sydney is usually very disappointing for me and makes me very homesick. We try to celebrate, but without many Malaysian/Chinese friends here, it falls on me to organise and invite, and the atmosphere is never quite as festive as it would be in KL. This year, I will probably have three celebrations, whereas in KL, I would be double- or triple-booked every single day," Adeline says, reinforcing my suspicions and making me even more envious of Andrea, a fairly recent CNY 'orphan' whose mother not only flew in to celebrate with her this year, but also carried all the ingredients to make chye choy, a vegetarian dish that I've been craving since she told me she had it, and which was cooked to her grandfather's special recipe instructions. 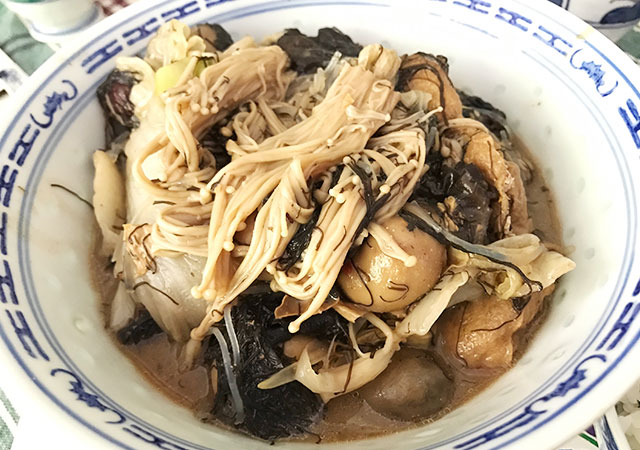 Hers was a substantially more festive reunion dinner, cooked and consumed at her uncle's house with plenty of relatives in attendance. She even got her Australian husband to perform the tea ceremony on the first day, which Adeline says is also a yearly ritual for her family: "Our children will kneel and serve us tea before we say a few words of wisdom and give them ang pows. It was quite funny seeing my son Alex kneel this year as he is six feet tall and so met my eyes even when he was kneeling!" 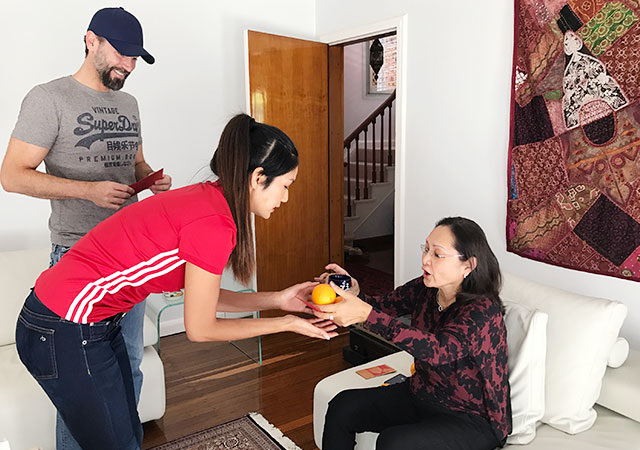 But no matter how disappointed I am that I am stranded in Sydney, I am concurrently touched by my friends' efforts to make CNY better for me. Adeline gave me pineapple tarts that she procured—drug-like, from a dealer she had never before met—and mandarins, even though they were prohibitively expensive at AUD19 for 15 mandarins. And Andrea has thoughtfully saved some chye choy for me which we will supplement with my Hainanese chicken rice, Musang King durians that she procured, and plenty of red wine tomorrow whilst cheering on Miss Malaysia in the Miss Universe pageant. And since Andrea has also promised playing cards and chor tai tee as part of tomorrow's proceedings, I think I can safely say that it won't be long before, like the mountain to Mohammad, the cheer of CNY is brought to me. Gong Xi Fa Cai, y'all. I hope you're eating (and drinking) plenty!

The great, great foods of home

A feast I will sadly miss

The great, great foods of home

A feast I will sadly miss