A key motif for Bulgari since the 1940s, the serpent represents wisdom and strength, and is the symbol of immortality and renaissance—what better motif could you ask for in your daily handbag? This season sees the Serpenti in vibrant colours inspired by the precious gemstones used by Bulgari: citrine yellow, berry tourmaline, reef coral and aquarelle turquoise. For something a bit edgier, there’s the Serpenti Scaglie Gems bag that’s studded with faceted black onyx studs, carefully set in a light gold frame before being nestled along the edges of the bag. Further Serpenti details can be found in the Serpenti Scaglie tote bags, which feature the snake scales along the handles of the tote. Crafted of metal, the flower-like pattern is the highlight of the Serpenti Scaglie, which this season, is rendered in a smaller size and comes with a detachable strap for added functionality. A masterpiece to behold, this season’s limited edition Serpenti Forever bag is covered in an ornate jewellery print, inspired by a Bulgari High Jewellery necklace that dates back to 1968 – the same necklace Keira Knightley wore to the Oscars in 2006, when she was nominated for ‘Best Actress’ for the movie ‘Pride and Prejudice‘. Limited to just 68 pieces, each of these Serpenti Forever bags require three months to create. Brilliant-cut diamonds, cabochon-cut emeralds, rubies and sapphires make up the intricate pattern on the bag, screen-printed onto exotic python skin. A black and white enamel snake-head clasp with lapis lazuli eyes adds the finishing touches to this precious bag. 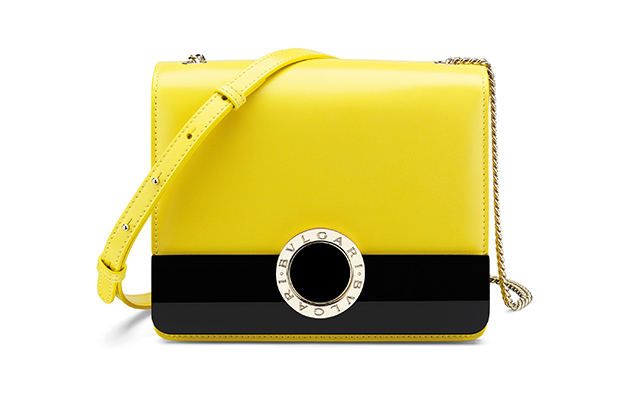 Easily identifiable by the circular disc on the front of the bags that’s emblazoned with the house’s logo, the Bulgari-Bulgari motif was created in 1975, taking inspiration from ancient coins. More than 40 years later, the design proves to have withstood the test of time, and continues to be a celebrated creation. For Spring/Summer 2016, the Bulgari-Bulgari also comes in a spacious tote version with three gussets that allows you to adjust its capacity accordingly. Like the Serpenti, the bags come in vibrant shades of yellow, turquoise, coral and berry. The shoulder bags feature an ultra-resistant ‘Perspico‘ bar on the flap, that gives it a modern and innovative approach to bi-colour contrasts.