The 2018 Golden Globes ceremony is set to observe what could be the most sombre red carpet in its 75-year history. In light of the recent flood of allegations that broke the silence in the entertainment industry, a call went out to actresses attending the awards show to stand in solidarity with sexual-assault survivors by wearing all-black ensembles for the big night. As of January 1, 2018 the initiative has found its official name: Time's Up.

Time's Up is a group made up of 300 of the most prominent women in film, television and theatre. Shonda Rhimes, Natalie Portman, Reese Witherspoon and Kerry Washington are amongst the high-profile names pushing for a shift. In an open letter to the New York Times, they said:

"We write on behalf of [over 1,000] women who work in film, television and theater. A little more than two months ago, courageous individuals revealed the dark truth of ongoing sexual harassment and assault by powerful people in the entertainment industry."

"Now, unlike ever before, our access to the media and to important decision makers has the potential of leading to real accountability and consequences. We want all survivors of sexual harassment, everywhere, to be heard, to be believed, and to know that accountability is possible. We also want all victims and survivors to be able to access justice and support for the wrongdoing they have endured." 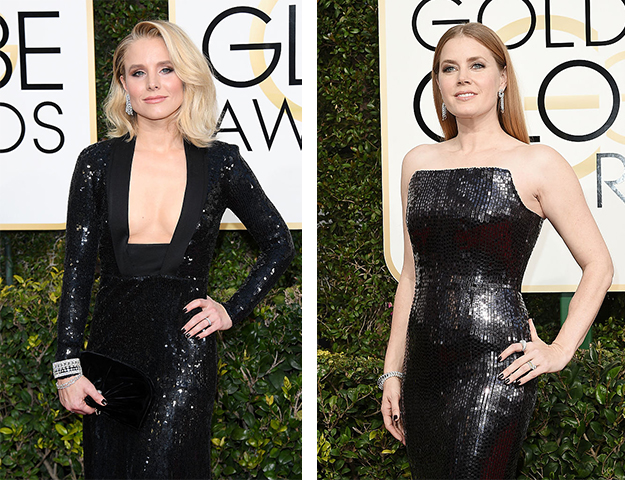 The initiative follows previous social-cause-driven sartorial statements, such as last year's edition that saw attendees sporting blue ribbons in support of the American Civil Liberties Union, an organisation that champions rights granted in the U.S. Constitution. The silent protest did not however resonate with all the crusaders of the movement. Rose McGowan who has been at the forefront of the fight has implied that a night of all-black attire does not suffice in undoing years of hypocrisy or silence. Nonetheless, the show will go on and with the movement acquiring an official status, it is likely that designers would have committed to creating bespoke dresses to meet the inevitable demand. Be prepared to also witness a red carpet replete with stunning runway gowns remade in black fabrics and notions. 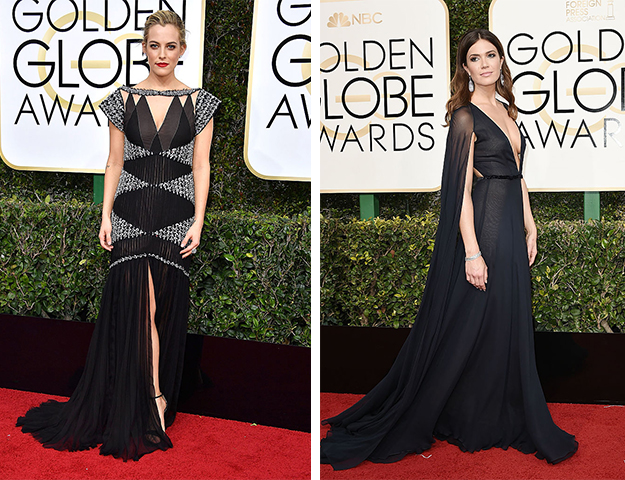 Paradoxically—without diversion to the seriousness of the movement for change—this monochromatic palette could in fact be fuel for creativity in terms of fashion. It should be safe to say that every designer, muse, and leading lady would resent getting lost in a sea of black. Hence, efforts to conjure up a truly captivating and memorable dress should be beyond question. Stylist to the stars, Micah Schifman opined in a chat with WWD: "I'm actually excited about it. I'm hoping there will be heightened creativity because [designers] will have to work that much harder making runway looks black and taking risks to make sure there are out-of-the-box dresses. It's still a great moment for a designer to shine. Personally I would put clients in black all day long if I could."

Tune in to the 75th Golden Globe Awards show when it airs at 8pm Eastern Time and 5pm Pacific Standard Time on January 7, 2018.

Find out more about the Time's Up initiative and their efforts in ending the systemic sexual harrassment in Hollywood and blue-collar workplaces throughout the U.S. here.

Golden Globes 2017: All the red carpet beauty looks we love