15/07/26
It’s the absolute top tier: a veritable who’s who of the industry; hand-picked by Creative Director Nicolas Ghesquière to star in his campaigns, to be dressed in his clothes for the most prominent events and to be the envy of every woman the world over.

For his latest campaign, Series 3, Ghesquière worked with two of the biggest names in photography—Bruce Weber and Juergen Teller—to shoot 8 girls on film and video in two separate locations in Spain. Weber shot models Freja Beha, Rianne von Rompaey and Julia Merkelbach at an old airfield in black and white film. Teller shot models Liya Kebede, Fernanda Ly, Angel Rutledge as well as actresses Jennifer Connelly and Alicia Vikander at the home of a prominent sculptor near Barcelona. 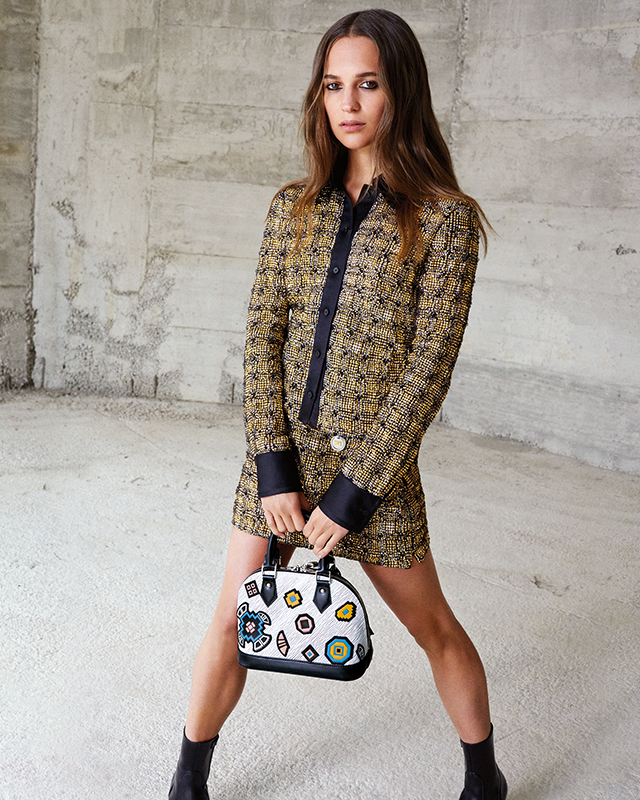 Connelly has been a muse and frequent collaborator of Ghesquière's since his days at Balenciaga, and was the first celebrity to wear a custom red carpet look from his first collection for Louis Vuitton. As part of Series 3, the house of Louis Vuitton also proudly announces Ghesquière's third muse to join the ranks of Connelly and Michelle Williams: 26-year-old Swedish actress Alicia Vikander. See the first video release of Series 3 by Juergen Teller here: