Christian Louboutin is no stranger when it comes to Disney collaborations, having created a Cinderella slipper in 2012, and a Maleficient shoe in 2014; this round, in conjunction with the release of the latest movie of the Star Wars franchise—Star Wars: The Last Jedi, the shoe designer has created not one, but four shoes that are inspired by the four female leads—Rey (played by Daisy Ridley), Captain Phasma (played by Gwendoline Christie), Rose Tico (played by Kelly Marie Tran) and Vice Admiral Amilyn Holdo (played by Laura Dern). Although the designs are a take on the characters, Christian has also mentioned that they were all made with the actresses in mind.

"[Disney and Star Wars] are very, very strong at developing characters. I have the same thing when I'm designing shoes. I often think of a character, so in a way for me, it tially makes sense to work around the character because that's basically what I do." — Christian Louboutin

Aside from the footwear above, he has also designed a showpiece shoe that'll turn heads like no other. Incorporating the design of his famous six-inch Ballerina Ultima heel with the visual effects from the Industrial Light and Magic studio, expect a display featuring a "hyper-realistic holographic installation" during the event. All five shoes will be auctioned on charitybuzz.com/StarWars from the 7th to 20th of December 2017. 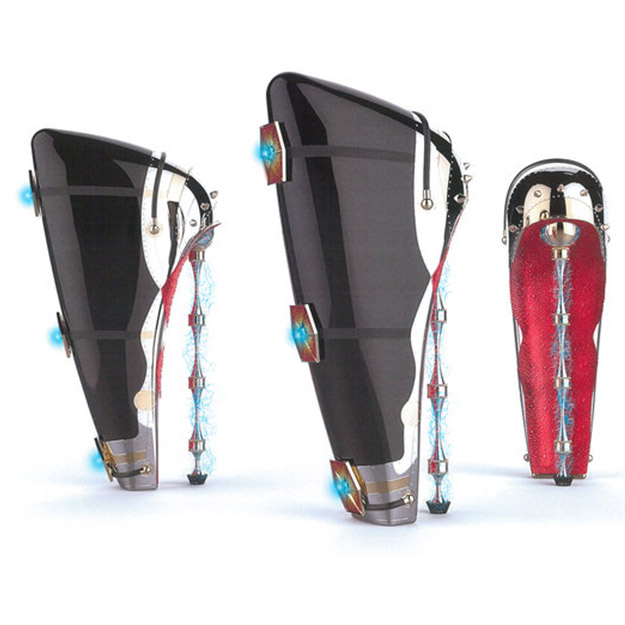 Below, the behind-the-scenes video of the design process:

Dance floor distractions: 9 statement shoes to rock to a party