Cara Delevingne: “I made it in modelling because I didn’t give a sh*t”

15/07/29 20:27
With the premiere of her latest movie ‘Paper Towns’, the model-turned-actress gets candid about her experience in the film and fashion industry

I spot Cara outside a swanky London hotel where our interview is just about to begin. First of all however I notice a group of teenage girls who get ecstatic once they see their idol. One of them (she looks about 10 or 12) asks Cara to add her on Instagram. "Not a problem!" says Delevingne, takes her phone out and the wish is granted. The lucky fan starts shaking so hard, she couldn't even say "thank you". Cara awkwardly looks back at her publicist not knowing what to do. This is perhaps the only social situation Delevingne can still be lost in awkwardness.

When it's time for our interview, she is clearly the boss. She climbs onto the chair with her feet and is willing to answer any question and is not lost for words at all. She is young, feisty and a bit crazy, just like her heroine Margo from Paper Towns, which just opened in cinemas worldwide. They both are a good kind of crazy though, which I'm quick to tell her...

"We are both fearless," Delevingne corrects me. "That is for sure the personality trait we share." 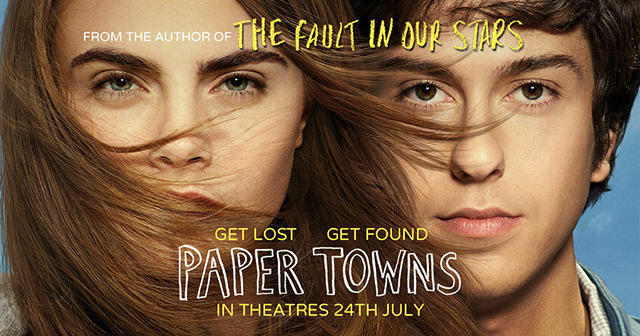 Will King (WK): "Have you always been like that or is that a result of your career?"

Cara Delevingne (CD): "I've always been a thrill seeker. People say I'm very spontaneous but I think I'm very predictable. I just always go for the most exciting things I could find in life."

WK: "Margo made quite a few outrageous pranks in the movie. Is that something you're capable of doing too?"

CD: "I used to run around school and we used to have this giant sugar pots on the tables and I would go and replace the sugar with the salt and the salt with the sugar. Still have no idea how I never got caught. I would cause the trouble but never got in trouble myself."

WK: "Shall we name the school so it could finally become public knowledge?"

CD: "Let's say I went to Hogwarts. Oh my God I just remembered I used to buy henna pens and draw penises on people's faces when there were sleeping!"

CD: "Although people quickly figured out who was responsible - the only girl with no penis on her forehead in the morning."

WK: "Okay so you and Margo have a lot in common, but how are you two different?"

CD: "She does pranks as a revenge. I do them to people I love." (She grins with that cheeky smile of hers).

"Friendship is one of the most important things to me"

Cara's eventful personal life made her not only the queen of catwalk but also of all tabloids on both sides of the Atlantic. Only recently, the 22-year old model attended the New York premiere of Paper Towns with her 32-year old singer girlfriend St Vincent (real name - Annie Clark). However even when Delevingne steps out with her friends, they still create a lot of media frenzy, partially because two of her closest friends are Taylor Swift and Karlie Kloss, who themselves have quite a lot of following. The trio are not shy about their public gatherings and can frequently be seen at movie premieres, fashion shows or Taylor Swift's concerts. 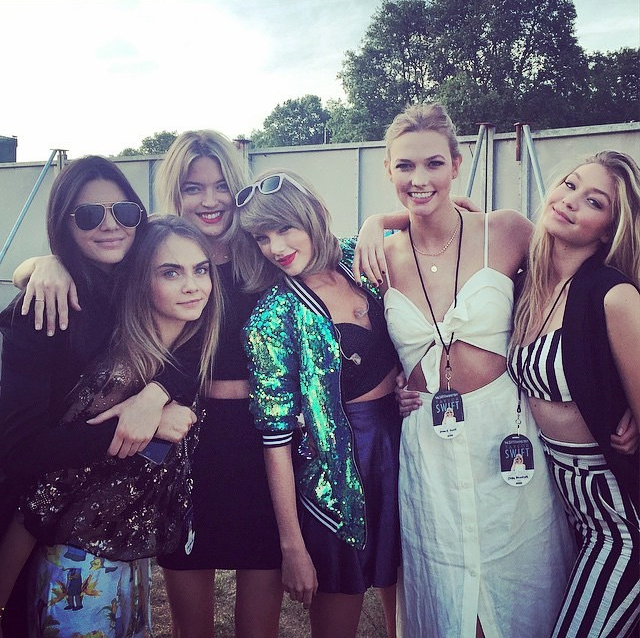 "Friendship is one of the most important things to me," she suddenly says with serious tone. "In my life you are either my friend, a close good friend who is trustworthy and who I respect or ... Let's just say I don't like having acquaintances. If I hang out with someone, they are my real true friends who I love and would jump in front of a bus for. Loyalty is the most important I think. Once you break that, it's over."

WK: "You must've been always surrounded by people trying to befriend you. I wonder what high school was like for you? Bit like 'Mean girls': 'you can't sit with us' and all that attitude?"

CD: "Nothing like that. I went to Hogwarts, remember? Harry was an a**hole though..."

WK: "What did you get up to when you were not making spells then?"

CD: "I definitely had a lot of friends and we spent time doing things other people didn't. I loved hanging out in the music school. Spent a lot of time on the computer, making films for friends. I definitely was a class clown, I loved making people laugh. I was very distracting." WK: "You are a model, designer, musician and an actress - any more hidden talents?"

CD: "There is not much left in my talent basket, *she pauses for a second* I'm actually a good magician. If all fails I might join the circus. Also I love bread baking..."

WK: "Do you actually eat bread?"

CD: "Of course I do. For Suicide Squad I'm meant to be a goddess. 'Ripped' as they say. So I've been doing a lot of training. I have to eat a lot of protein and vegetables. No carbs."

CD: "Very boring. But then again I would do anything for a good role, except for probably plucking my eyebrows."

WK: "What do you think is more difficult - to break into the modelling industry or film industry?"

CD: "They are both pretty hard to get into. As for modelling, I felt like because I didn't give a shit at all, that is why people wanted to hire me. I think it is ridiculous how many people want to be models and are so desperate about it. The fact that they are so eager, makes them far less appealing. Also in modelling I feel like there are so many models - they will use you once and you can be gorgeous but no one will ever ask you back again. Acting is like - once you are in you in. You are used and get picked up a lot more, if you are good."

"I'm no better than anyone else, I'm as human as anyone."

WK: "You're so strongly associated with britishness. How easy was it to play an American in Paper Towns?"

CD: "I love accents so I started my prepping there. In the film I wanted to make it as natural as I could, so I kept my accent even when I wasn't on set which for my family and friends was very weird. I started dreaming in American. I would wake up and think in American accent."

CD: "I started having very weird dreams actually. Like I'm in a dark desert with a lot of tumbleweed and my teeth were falling out."

CD: "But I thought it was so American!"

WK: "Who else inspires you apart from obviously Hillary Clinton?"

CD: "If we're talking about modelling then probably Kate Moss. Acting-wise, there are a lot of people's careers I want to emulate. Meryl Streep is an incredible actress, so are Dames Judi Dench and Helen Mirren. I would love to be able to act when I'm in their age as well."

WK: "Have you auditioned for any great roles you didn't get?"

CD: "The first one I did it was Tim Burton's 'Alice in Wonderland'. I was 16 and I thought I was made to be Alice. That was my first taste of rejection. It took me so long to get over that. I didn't watch the film cause I was so upset that I hadn't got a part. When I finally watched it I disliked Mia Wasikowska because I was so upset. I'm a very bad loser. Later there were many other parts I didn't get but I was like - thank God, I didn't get this one, I wasn't perfect for it! These days when I go for a role I automatically think of three people I know, who would be better at it. Silly me, sometimes I would actually tell this to the director."

WK: "At some point Margo says that she might have cultivated her image. Is that something you do consciously or have you done so?"

CD: "I'm not trying to cultivate a fantasy. I specially told my fans it's like anyone who thinks they want to be me, this 'being Cara Delevingne' kind of fantasy is completely false. I'm no better than anyone else, I'm as human as anyone. I kind of try to get rid of it as much as possible. But again also I guess I do like to make things look easy - I just think it's a part of my job."

WK: "What about the whole wild image of yours? That 'rock-chick-model' kind of girl, where did she come from?"

CD: "I play music, I like leather. There you have it. What else can I say? I'm wild, but more feral than wild. I don't like to be caged." 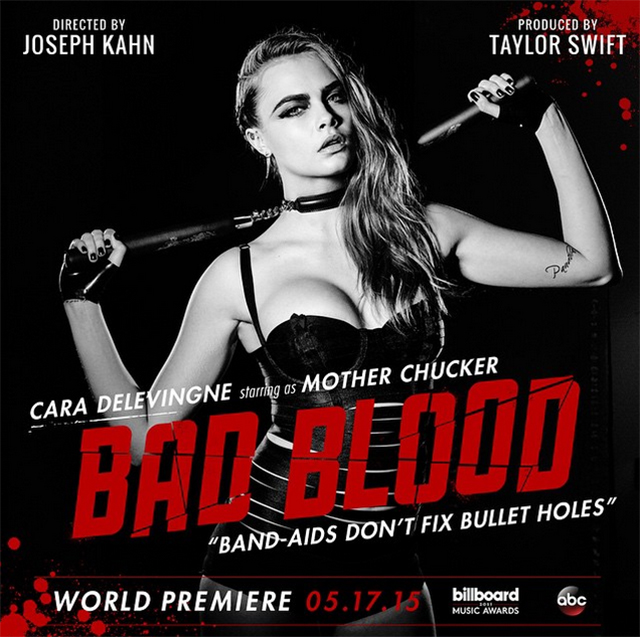