All of the stunning outfits from Beyoncé's 'Spirit' music video

Is there anything Beyoncé can't do?

For Beyoncé's latest ‘Spirit' music video, Queen B donned statement looks close to every shade in the rainbow. Considering her firstborn child is named after a significant primary colour (Blue Ivy also made an appearance in the stunningly shot music video), we're not surprised that she's attuned to her hues. Which has made us question...is there a colour Beyoncé cannot pull off? Ahead, we break down every look from her latest music video for the Lion King OST while we question... is she even human?

# 1 She can definitely work a lilac and red colour combo 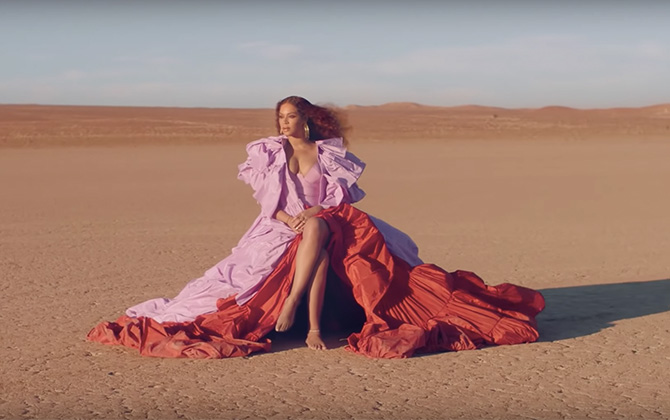 Queen B made her grand entrance sitting in the middle of a scorching desert, appearing as a beautiful mirage wearing a voluminous ruffled dress from Valentino Spring 2019 Couture collection. Ever the trendsetter, she paired exquisite couture with a latex tulip cup minidress from Los Angeles-based designer, Venus Prototype. 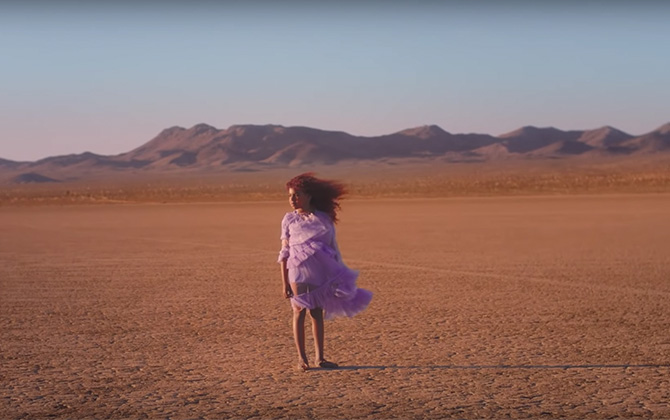 Blue Ivy is ready for her close-up! The eldest daughter of Beyoncé and Jay-Z donned a custom sheer tulle dress from Japanese label, Microwave.

For Beyoncé's second look in the video, she was seen standing in front of a gushing waterfall and pristine waters. Her striking indigo ensemble stood out against the pale blue hues—a fitted gown with a slit and draped hem with an attached headscarf accessory. Her stacked golden bangles and choker was a dutiful homage to African culture.

#4 She can also wear monotoned hues

# 5 Beyoncé is pretty in pink

Beyoncé also chose to highlight other talented designers from across the globe. This frilly hot pink number was created by Israeli designer Shahar Avnet,

#6 It's official, she can also wear impossible colours

Is there a colour this woman cannot wear? Beyoncé pulled off the tricky hue of chartreuse yellow in a maxi dress by Norma Kamali.

#8 Pearls and shells are not an official colour, but for her we will make an exception 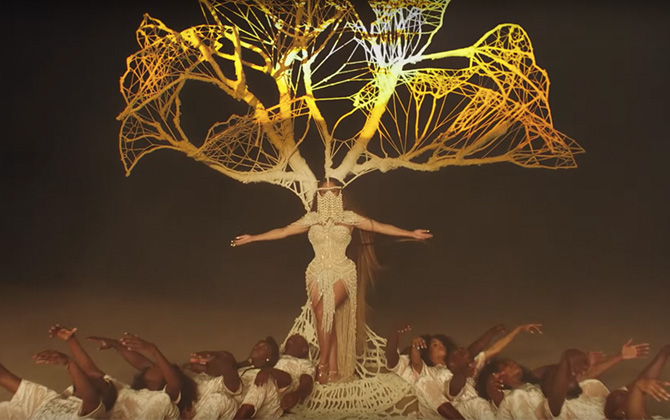 We are not worthy! All hail the Queen in an exquisite beaded pearl dress by Brazilian label Maison Alexandrine, with a custom cowrie shell and chain harness by Laurel DeWitt. For an added air of mystery, a headpiece by La Falaise Dionn, shielded her face.

#9 Ivory is a pretty shade on Ms. Knowles

In the video's more dynamic shots, the icon donned an ivory fringed coat by Paris-based designer Hyun Mi Nielsen, which swayed with her every move.

#11 Orange is the new black 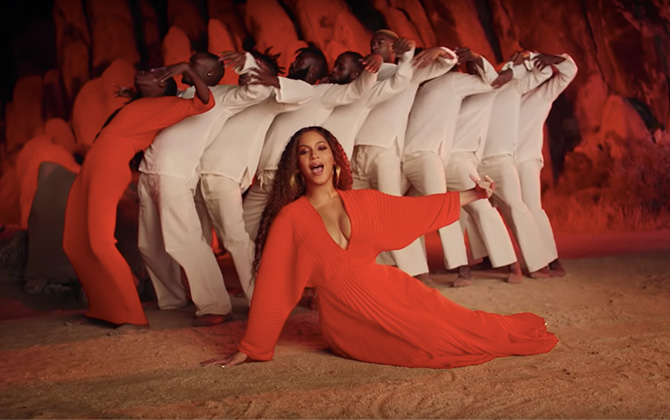 Attention Beyhive: Beyoncé is teaming up with Adidas