Buro 24/7 Exclusive: What goes behind the making of a Versace Palazzo Empire bag

"I love the new Palazzo Empire. It is perfect for women in the city today, making their way in the urban jungle", said Donatella Versace when the bag made its debut for Spring/Summer '16, and she was (not surprisingly) right—the Palazzo Empire has since cemented its status as an It bag, having being spotted on the arms of Gigi Hadid, Alessandra Ambrosio and Jessica Alba. 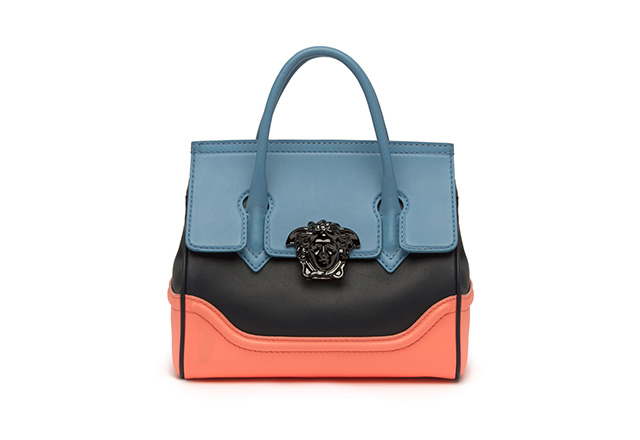 Defined by the house's iconic Medusa head, the Palazzo Empire is crafted in the finest calfskin or in soft exotic leathers such as crocodile and python. Its soft, unstructured form renders it modern and versatile—it can be carried either in the hand or across the body. But behind this new It bag that speaks of luxury is hours and hours of high-level craftsmanship, from the original design sketch until the final boxing step.

Interestingly, at the beginning stages of the process, each design sketch is broken down into pieces (a typical handbag is made up of an average of 30 pieces), which are then drawn on paper and cut out by hand—this process takes up a full day of work. After that, the design is brought to life by a series of technical steps that require exquisite craftsmanship, from skiving leather to the ideal thickness to assembling the pieces by way of double-stitching with high-gauge thread for prolonged durability and a shape that holds for years to come.

Watch the behind-the-scenes video of the making here:

Versace's new bag is all about the urban jungle