A sign of a true icon is the fact that his legacy is still being remembered for the generations following his earthly departure. But if such a legacy lives on, has he really departed this world at all? That's Andy Warhol for you - a pop culture icon who caused perhaps one of the most massive shifts in the art world during the 1960s and beyond. His brand of provocative paintings, drawings, films and photograph blurred the lines between "high art" and "commercial art." So it's no wonder Montblanc has chosen to immortalise him in one of their biggest pride and joys, the Montblanc Great Characters special edition pens. 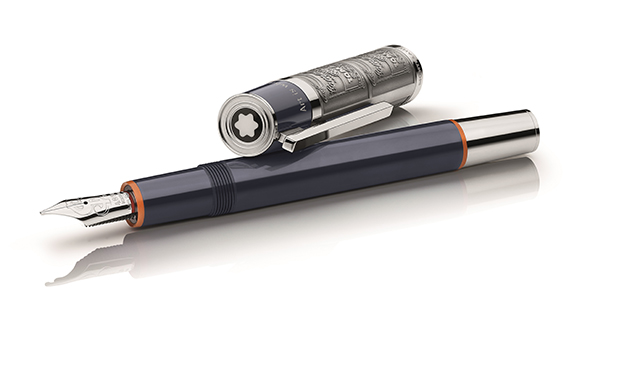 The Montblanc Great Characters Andy Warhol Special Edition celebrates and honours the artist's imprint on contemporary art and culture, featuring two designs that reflect some of his most famous works. The first commemorates the iconic "Cambell Soup Cans series" from 1965 - the very creation that propelled him to fame. The cap design features four images of Tomato Soup Cans that have been recreated in stainless steel.

As for the design of the Limited Edition 1928 - a number signifying Warhol's birth year - is inspired by the artist's work, titled Flowers from 1964. This vibrant design references the commentary on commercialism Warhol's art continues to make. On the cap, Warhol's philosophy comes alive with a quote of his, "You need to let the little things that would ordinarily bore you suddenly thrill you."