A little globe icon spins crazily on its axis on an online page in the New York Times, picking out participating cities all over the world as I scroll down powerful images from the Women's March on January 21st. Indelible scenes of over 3 million of a global community of protestors in over 60 countries spread across that little revolving orb. I delight in the whimsy and wit of creativity gestated in dissent and birthed of free speech. Placards emblazoned with the profane but sacred. A leitmotif of tiny hands and women's privates hoisted over knitted pink hats with kitten ears. #pinkpussypower #letsreclaimthatword #getyourtinyhandsoff or there'll be #helltoupee. 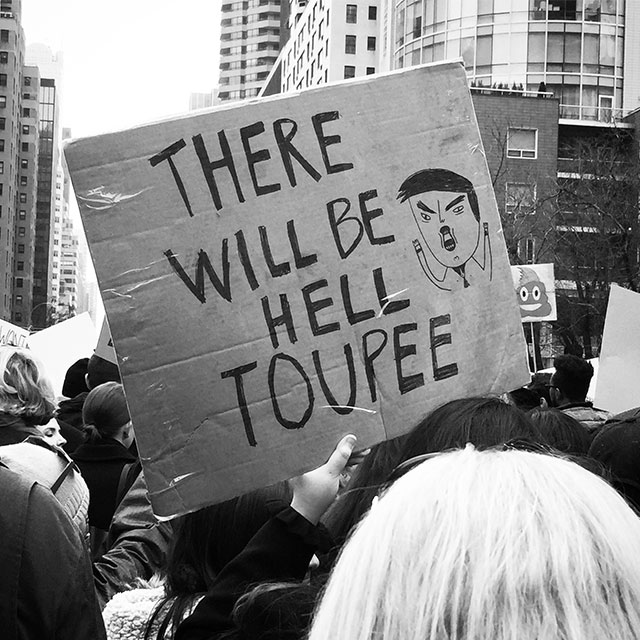 The day after President Obama bid farewell to the numerical majority of a grateful nation and The Trump bludgeoned home his "America First" message on the steps of the Capitol building; women, some men, the third, the fourth genders and their children took to the streets. If they didn't completely bridge the divide between red and blue, they certainly bypassed chivalry and wanted to believe they had moved beyond the mansplaining that insisted on policing chastity. 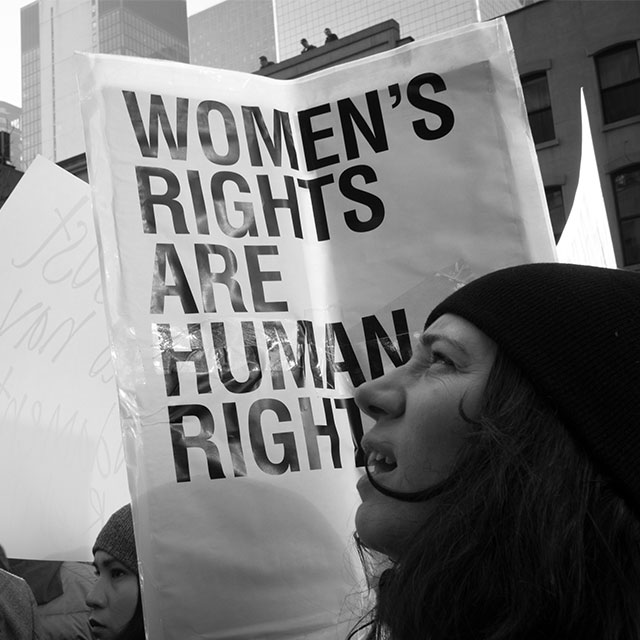 They marched in protest at the devastating denigration of hard-won women's rights.  Human rights. The fundamental tenet we expound to our children—my body my right. Now, there is a reinstation of "the global gag rule on abortion" where American funding is withheld internationally to organisations that even disseminate information on safe abortions. Suffragettes 2017. They held up signs on love and girl power, climate change and education, immigration, diversity, racism, fascism, the locker room, that overcomb, the relative intellects of flat-packed Ikea cabinets versus the handpicked Trump one and one of my favourite printed pleas—"We want a leader not a creepy tweeter."

If they didn't completely bridge the divide between red and blue, they certainly bypassed chivalry and wanted to believe they had moved beyond the mansplaining that insisted on policing chastity.

Ah yes, the joys of social media. Don't you love it? We the women of KL could sofa-participate in real time with our sistahs in pink beanies. Nine thousand miles away, in just about my favourite city—New York, New York—my friend Yeesan was on terra firma, capturing history with her DSLR, chomping on the amped-up juices of a heaving Big Apple. 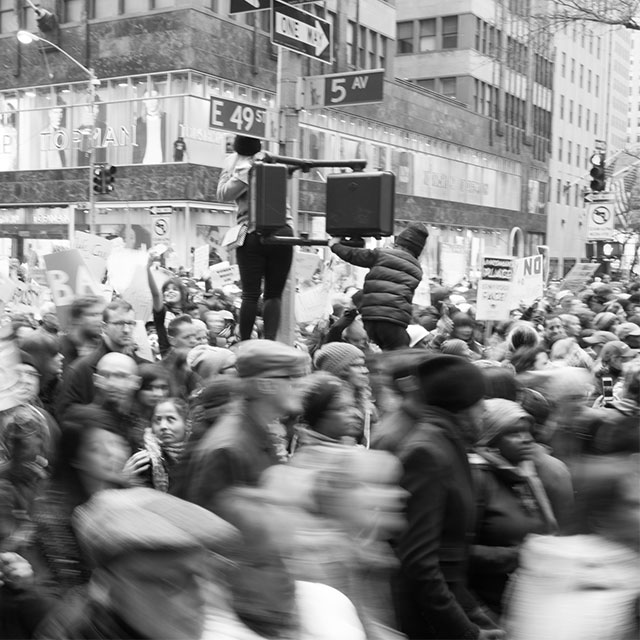 From 5 blocks beyond the Dag Hammarskjold (the UN Plaza) she, and they—the marchers, the drummers, the rule-breakers, the ground-shakers, friends and strangers—brought their message home to 721, 5th Avenue; Trump Tower.

"We want a leader not a creepy tweeter."

They marched for our voices to be heard. They marched against the objectification of us. They marched as hands smote breastbones in pride and with conviction in their hearts that with passion and hard work something untamable and sometimes untranslatable could be transformative; that a feel-good parade could trigger social change. And from our armchairs and daybeds and with the illumination of light emitting diodes from our computer screens, we marched with them. There and then. Here and now. In real time. 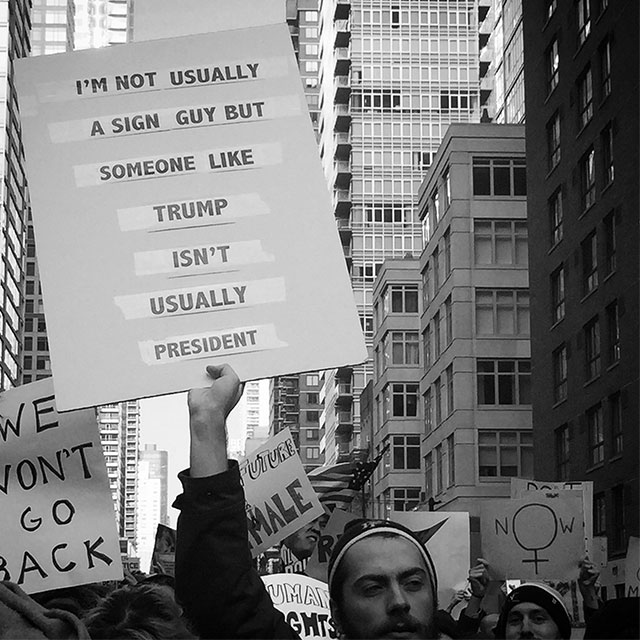 Over in London, my one-time home and still spiritual burrow, Ola—more kin on the ground, reported, "What struck me most was how relaxed everything was. Even with all the posturing about being nasty women, punani power fistpumps and militant exhortations to keep their flippin' hands off our uterus, what was inescapable was how nice we all were. On display was energy, goodwill, a show of solidarity for women over the pond and everywhere, and quite palpably, an absence of anger and rancour. In its place, music, drums, handcrafted hats & signs and humour, always humour.

It really felt like we were marching in and with a humane, plural, civilised society. It's not perfect, but I felt privileged to be in a nation where women have control of their reproductive choices, a right they enjoy without harassment or encroachment, where dissent or protest are not feared nor scorned, where society feels the civic responsibility to provide universal healthcare and a safety net for the vulnerable, where tolerance, not polarity is the tenor of everyday life." Amen. 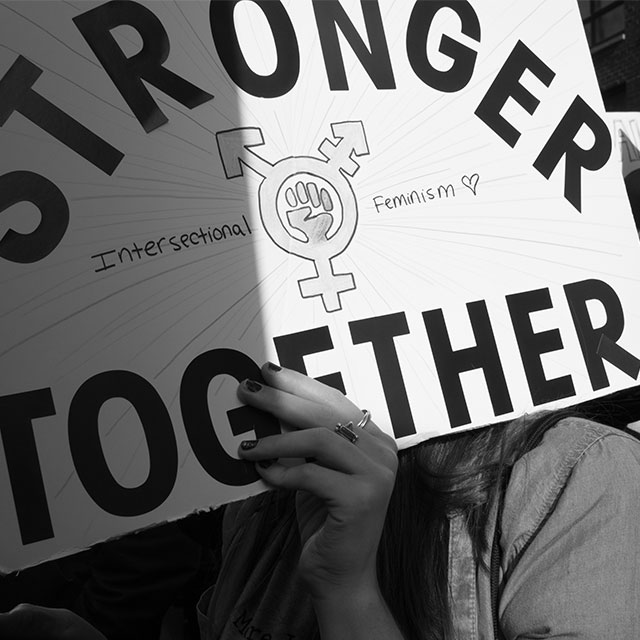 Years ago, I remember seeing an advert for a diamond company. Telling women they could buy their own diamonds, for any or no occasion at all. Diamonds could be worn on any finger and on their right hands. As yesterday shifts to tomorrow, we might perhaps need to speak louder and care more. Do better for our daughters. But we can stem the incomprehensible rise of the schlocktacular. We can create the extraordinary, rouse the planetary. We can show the world how it's really done. Women of the world, raise your right hand.