Titled 'I May Destroy You'

Update: Michaela Coel became the first Black woman to win in the 'Outstanding Writer for a Limited Series' category, for I May Destroy You, at the 73rd Primetime Emmy Awards.

The term "sexual assault" does not automatically equal to rape alone. It could range from groping to forced sodomy to forced object penetration as well. These words are hard to hear, and they should be, but these happen. "Sexual assault", in general, can be any sexual act that is completely non-consensual. And that is exactly the premise of HBO's new half-hour series I May Destroy You. The question of sexual consent in today's terms, how do people distinguish between liberation and exploitation, and finding strength after the trauma.

Executive produced, written by and starring Michaela Coel, the story is indeed inspired by the multi-hyphenate's personal real-life experience. While working overnight writing the British comedy Chewing Gum, she took a break and had a drink with a friend who was nearby. She woke up many hours later, had a flashback and realised she had been sexually assaulted by strangers. Her drink had been spiked. She was not raped but it was a traumatic experience all the same. Initially titled Jan 22nd, I May Destroy You took Coel two and a half years in total to write it. She didn't work on anything else.

Slightly similar to Coel's experience, I May Destroy You centers itself on protagonist Arabella and her group of friends. She has a solid writing career and was in the midst of completing her latest project when, on a casual night off, she was spiked with a date-rape drug. Upon realisation, she has to recount the night, find out who was the perpetrator and rebuild every element of her life.

Below, Coel elaborates in more detail on why she decided to write and create this series, the process behind it and more:

The series is inspired by your own experience of sexual assault. How did the idea come to you?

MC: "The earliest memory I have of thinking, "This is something I want to write down," was being in the investigation room giving my first witness statement of what happened. One of my really good friends was playing Pokémon Go in the police station while we waited for the detective and I remember thinking, "This is really weird. What is going on? This is so bizarre, like nothing I've seen or felt before. I don't know what to call this feeling," and writing it down. From pretty early on—and I know, because I was recording conversations—I instinctively wanted to document it so one day I'll be able to look back and try to forge some meaning, so it isn't just a scary blob of senseless crime."

How did you get your idea off the ground and what was that process like?

MC: "Initially I met with HBO back in January 2017 and said, "I want to make a show about this." I don't know how I hustled into that building! It was only a year after the actual assault. It fizzed out and went away but then a year later, the feeling came back again. I pitched it to Netflix who wanted it, but I wouldn't have been able to retain even 2 per cent of my rights as a creator so I stepped back. Then, when I was working with BBC on Black Earth Rising, I met with them about it and they basically gave me what I had been looking for. They said I could have what I want and I could keep some of my rights as a creator. I'm not asking for all of my rights; I'm just asking for some of them—especially because of the nature of the show. Then we needed more money, so we went and met HBO! Only then did I realize, "Oh my god, I so wasn't ready (back in 2017)!" This time, it was like, "You look ready now." I loved the fact that I met HBO once and they didn't go for it because they knew I wasn't ready."

Did you find making the show quite a healing experience?

MC: "Yes, incredibly. I had therapy and I still check in with my therapist now but writing this was incredibly cathartic. For over two years, it's been my only job; all I've been doing. I've been inside this world—of what began as my trauma but became a show that is largely fictional and largely inspired by real people's stories—mastering it, and trying to develop a sense of understanding of how to evolve and grow and move forward. It's directly taught me and woken me up, to move forward. It really has. It's been remarkable."

What did you learn from talking to others about their experiences, and what other research did you do?

MC: "Probably how common it is that it is so un-dealt with. We leave it inside of us and we allow it to manifest and flare up in ways that we aren't able to predict because we ignore it. That's what I've noticed, and it just felt like there was a lot of unresolved pain, which is sad. There's something that goes on in our brains when we begin to become aware that we've been taken advantage of and that point is one I'm constantly exploring through the series.

"A lot of the stories were very personal, but it was never me putting a direct account of their experiences in the show. The show is fiction. I went to the Wellcome Trust [a London Research Charity] where I was able to speak to scientists about memory, drug-facilitated sexual assault, and PTSD. Also my step mum works at The Haven—a sexual assault referral unit in Paddington, London—so she was also really useful to speak to." 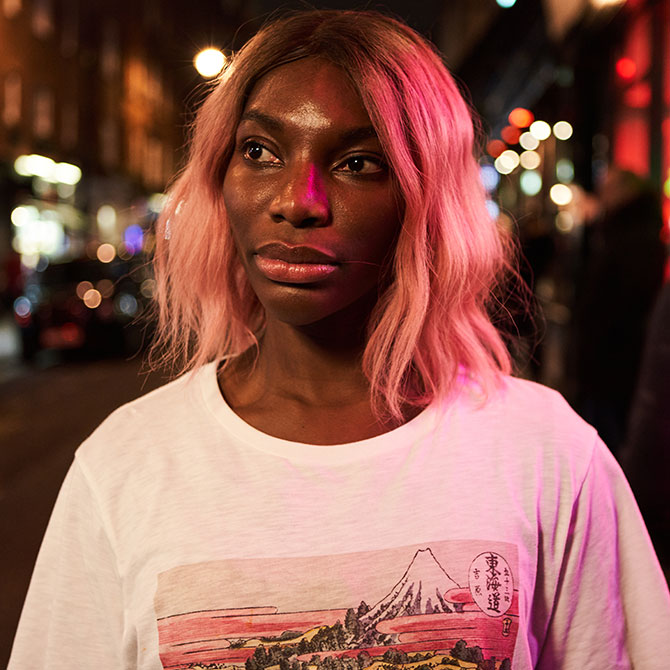 How did working on this project push you out of your comfort zone?

MC: "The whole process is out of my comfort zone but it's what I like! Shooting was hard because I definitely wore multiple hats. I'm playing Arabella (Essiuedu) but I'm also directing, then in the evening we may have lost a location or something's gone wrong or I may have to rewrite something, then I've got to learn my lines for the next day. The multitasking was hard and remaining poised through the multitasking was the challenge I set myself everyday like, "Michaela, you can't crack! You can't crack because always remember that what you're doing right now is insane. It's insane that this has come from what happened.

"So when things get too much, I literally sit there and I remember that and people will see Michaela being weird, grinning in the corner because I'm just allowing myself to realise how incredible this situation is. It means I'm open and I'm up for the challenge and this is going to kill me and everyone's going to watch me die with this crazy smile on my face [laughs]. I'm like a marathon sprinter, you know towards the end they look crazy, they're sh*tting and they're running—it's bonkers and they're just going for it. That was me!"

The series was initially entitled January 22nd—why did you decide on I May Destroy You?

MC: "Firstly, a show called January 22nd that's coming out in June is naff. It's rubbish, it's confusing. To the outside eye, there is nothing interesting about this, in my opinion! Initially, it was like we'd all fall in love with this title and it was going to mean this amazing thing and by the end of the series—spoiler!—she finishes her book on this day, and then it was like, "Guys, I just don't find it appealing anymore."

"I also felt like it invited conversations that I don't want to be at the forefront of the show. January 22nd is the day that something very traumatic happened in my life, but what I don't want to do is talk about that, when actually there's this awesome show with all this talent and amazing costume designers and sets. It's just detracting, falling into this loop of true crime documentaries that we love on Netflix and I'm like, "Argh! I don't want to do that."" 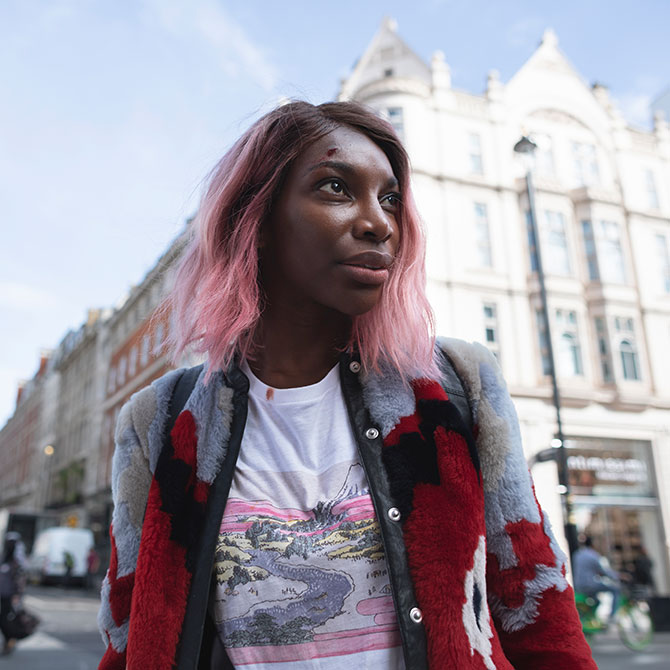 How much of a version of yourself is the character of Arabella?

MC: "Arabella changes so much throughout the 12 episodes that it's really hard—like with everything I do—to measure. I don't have a percentage of how much. It's either a little bit or perhaps a lot. I don't know!"

How are you feeling about the show's release?

What else do you hope people gain from watching it?

MC: "How to sleep better at night. I think when you are a survivor or a victim or whatever you want to call it, you can hold onto the anger—really understandable anger—that you have a right to feel, but it's just about whether it's serving you and whether you can sleep at night and have a peaceful life. So, I hope that inspires people to pursue sleeping well at night. It's more about that than it is about criminals. It's not about rapists; it's about the people who have had these experiences, and how do you go towards sleeping better at night?"

'I May Destroy You' is now available exclusively on HBO Go.