The best kind of rojak

Get to know Fazz, the quirky ensemble with a larger-than-life sound and personality

Fazz's palpable energy and vibrant stage presence is undeniable. Every time they perform, feel-good vibes and infectious energy fill the room, on top of bopping, upbeat tunes that you can't quite place a finger on genre-wise — but that's the beauty of Fazz. The six-member ensemble boasts a uniquely diverse sound that seems to draw from wide variety of genres, fusing jazz, cabaret, electro swing, pop, rock and Broadway theatrics to form their eclectic identity. Or as trumpeter Ad likes to put it, their sound is rojak: "We put everything and experiment every kinds of style and put it out on one plate. It may look and sound weird but definitely nice and fresh like rojak." 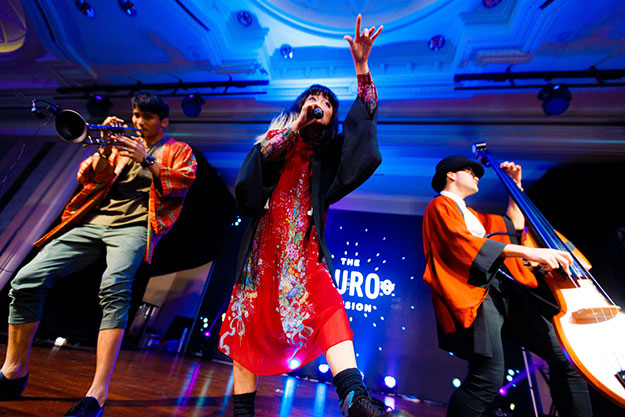 This year, Fazz released their first album called Passage. A compelling body of work that entails the journey the band has been through since their debut in 2012, it takes listeners through their wonderland of music from the get-go with the whimsical 'Cheshire Cat':

Like what you hear? Get to know the band a little better through our interview with them here:

Tell us a little bit about each member and what he/she brings to the table.

Fazz: "Everyone in Fazz carries strong colours individually. We are still learning from each other to grow together, and constantly remind each other what makes us as a band. There are 6 members in the band:

Grace contributes the most feminine energy in the band. She's like the Gaia figure in us.

Jason gives zest when it comes to balancing up our shorts and longs. He is a talented child!

Ad is bright and a performer with vision. He's also the most endearing (manja) one among us.

Farouk brings everyone together... from food to music. He is fluent in expressing creativity and he has fire.

Lynn is eclectic. She is vocal, sometimes a rebel and most often unapologetic when performing."

How would you describe your sound?

Fazz: "The band's sound has been evolving gradually over the past years. We still have not found an exact genre that fits our sounds, perhaps it can't be defined by a genre per se—it is shaped and supported by the other elements we surround and inject on the way. Everyone in the band brings something different to table, which influences the essential sound of the band. Currently we carry a lot electro swing-ish sounds, we tend to put a twist on our music!"

Having members from different backgrounds, what's your creative process like?

Fazz: "It varies from one to another. Sometimes a tune comes in first, then a story, or an arrangement first, followed by a grasped feeling which is then developed into a story. Regardless of how we do it, the story for each song is served first and foremost. We are also very open to messy headbutts. It's never easy to work with creative people from various backgrounds (ha!). Initially, it was the first generation of Fazz who composed the tunes, but with the current line-up, we are more open to have everyone to jump onto this creative platform. One brings a story or a vibe, then we develop from there."

Congratulations on the recent release of your album Passage! Tell us more about it—is the title a metaphor for where the band is at in your journey right now?

Fazz: "Thank you! We are really excited to talk about this album, especially since this is our first official album. Passage is a sort of documentation process of the phase this band has gone through. It symbolises the musical journey of continuous path, emotions, and stories that we would like to share with the mapping through a magnifying glass. After all, what we create and exist from this album includes everything universal." 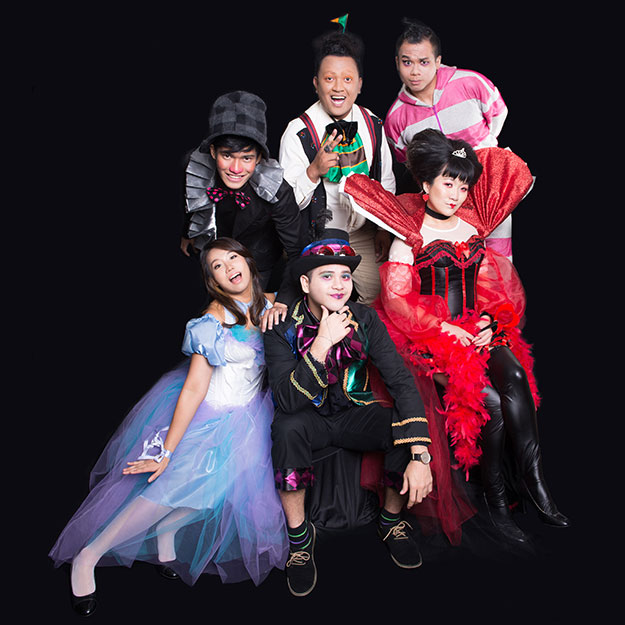 One song that definitely catches the eye off the track-list from the get-go is 'Cheshire Cat'. What inspired it?

Fazz: "'Cheshire Cat' is a fantasy built on a soundscape. It is expressed with the raw form of confusion, frustration, bleakness, nihilism and sarcasm. Inspiration was drawn from the vision of two contrasting worlds colliding and intertwining amongst each other, leaving us the interpreters or the medium feeling helpless and conquered from the outside. Certainly doesn't sound as complex but now you have a clearer picture."

What has been your most memorable gig so far?

Lynn: "That gig we performed last year at Kyoto, in a small cozy bar named F.S.N. Bar Chez Philippe. We were so loud that an angry cop stomped in and told us to shut up (urusai!). Fortunately, we finished with a bang for the remaining 15 minutes because we had to catch the last train to head back to Osaka. And yes, we maintained loud all the way."

Grace: "There are so many unforgettable performances that we have so far. I would choose the most recent one at Sime Darby Arts Festival 2018. We had a big stage with beautiful lights, where we managed to pull off 'Alice in Wonderland' themed costumes—check out our album sleeves to see how we look like in that costumes! Due to weather condition and gig venues, sometimes, it's tough to put on those costumes, but it felt right to do that for the festival, and everyone enjoyed it."

Farouk: "My most memorable show has to be when we were playing for a corporate function and it's late and people were busy with their vices. We figured "Hey, let's play Valhalla" (a song that is so dark and emotional, and a beautiful ballad we wrote). We knew it was not gonna work for the crowd but once we were done, everyone was silence and quiet. It was memorable because they didn't clap nor did they hate it. They just pondered and remained silence for a good two minutes till we played our next tune."

Jone: "As for me, all the past gigs we had are memorable for me. Each gig is different and special in their own way."

Jason: "One of the most memorable gigs for me was the gig in Ril's Bangsar. There's this one time, we managed to fit 14 people on that stage—when in fact the stage could hardly fit 4-5 people! But we manage to do so, with more horns and stings sections! It is so refreshing when strings play our songs because we usually arrange them with horns parts. It was a fun experience."

I trust I speak for everyone at #BuroTurnsThree when I say that you guys were great! What drives that energy of yours?

Fazz: "The burning desire to perform, as well as doing it together with each other in the same wavelength. We take stage as our playground, it's the best time for us to express and deliver our music to audience."

What will make the dream collaboration for Fazz?

What's next for Fazz?

Fazz: "We have our albums out, time for tour! We are looking at putting a local tour before the year ends. Of course, we plan to produce more songs and more albums, and more tours. After a few years touring abroad, it is time for us to extend our roots further on home ground!"