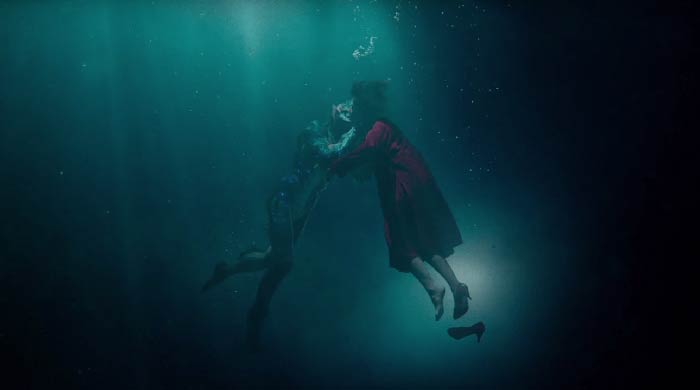 The plot may sound like the standard psychological horror film—Jennifer Lawrence stars as a woman married to famous poet (Javier Bardem) with writer’s block, whose life is turned upside down when a sinister couple (Ed Harris and Michelle Pfeiffer) visits her remote country home—but knowing Darren Aronofsky, we are certain mother! will be a disturbing roller coaster of a ride.

In Downsizing, scientists discover how to shrink humans to 5 inches tall as a solution to over-population. Realising how much further money goes in a miniaturised world, Paul (Matt Damon) and his wife (Kristen Wiig) decide to abandon their stressed lives and move to the downsized community—is it the ideal escape route?

3. The Shape of Water

Del Toro’s Golden Lion-winning fantasy film depicts the blossoming of an unlikely romance between two lonely hearts—a mute janitor and an amphibious creature—in a government laboratory in the 60s, and the star-crossed lovers plight to a happy ending. It already took top honours at Venice, perhaps this will finally add an Oscar to Del Toro’s trophy shelf next year.

Three Billboards is, in film critic Owen Gleiberman’s words, a “quirky emotional puzzle put together by a trickster poet”. One will expect just that from McDonagh, who has a knack for films with dark humour. The film stars Frances McDormand as a grieving small-town mom who takes a stand against the police, using three billboards, after her daughter’s murder seven months before sees no arrests being made.

Foxtrot, an Israeli film about two parents coming to terms with the death of their son during active military service, nabbed the festival’s Grand Jury Prize (essentially the second place medal). Maoz makes compelling use of a dual narrative structure in the film, telling the story from both the parents and the son’s (is he really dead?) point of view.

What the stars wore to Venice Film Festival

The most beautiful jewellery spotted on the red carpet