Kim You-jung is adorable here as a Joseon woman who, in a comedic turn of events, ends up masquerading as an eunuch in the royal palace. Her charm and candour soon endears her to the crown prince (Park Bo-gum), resulting in hillarious and at times bittersweet situations.

Who’s in it: Gong Yoo (Goblin), Yoon Eun-hye (Goong; Marry Him If You Dare)

Long before Goblin cemented Gong Yoo’s status as a hallyu legend, he was making hearts race in Coffee Prince as Han Kyul, the wealthy cafe owner. Tired of his grandmother setting him up on blind dates, he hires Eun Chan (Yoon Eun-hye) to pose as his gay lover. Confusion arises when he starts falling for Eun Chan without knowing that she's actually a woman.

Jang Dong-yoon shines in his role as a man who dresses up as a woman to infiltrate an all-women village that he suspects is hiding an assassin. Besides looking amazing as either gender, he convincingly switches between both personas by shifting his voice. Also subverting gender norms is the feisty female lead played by Kim So-hyun!

This underrated gem transitions between the present and occupied Korea in the 1930s. A best-selling writer in a slump (Yoo Ah-in), his fan (Lim Soo-jung), and a ghostwriter (Ko Kyung-pyo) share a mysterious connection to three independence fighters in the past, one of them a young nightclub singer who cross-dresses to carry out her secret assignments.

If you’re in the mood for something fluffy with lots of catchy music, this is it! Park Shin-hye plays an aspiring nun (you read that right!) who poses as her twin brother and covers for him in a popular boy band, after he requires a little more time than planned to recover from plastic surgery.

Seung-nyang (Ha Ji-won), who dresses as a boy to conceal her identity, forsakes both the King (Joo Jin-mo) and the country she loves to marry a foreign emperor (Ji Chang-wook) to gather more power. Keep an eye out too for the kicka** Batoru (Yoo In-young), the daughter of a famous general who takes on her father’s identity after his death. 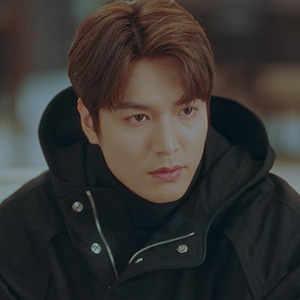 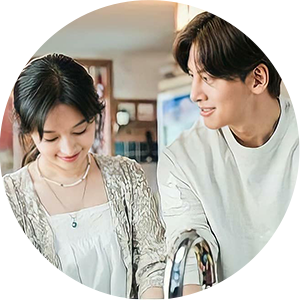 REVIEW: 'Move to Heaven' on Netflix—the therapeutic K-drama to watch when you're feeling down