Interactive art at its best

Not just a platform for compelling storylines and cutting-edge graphics and technology, video games are also often an escape from reality. With the ability to create entirely new virtual universes, this opens us up to an infinite amount of imagination when constructing these worlds, be it fictional or based on real-life. And the best part about it is that as a player, you can interact with this universe, unlike that of animated films or movies pumped with CGI.

While there are numerous amazing, gorgeous and out-of-this-world universes that exist within video games, you can bet that coming up with this list was a task of sorts. Nevertheless, here are ten video games that appeal to the artistic eye. 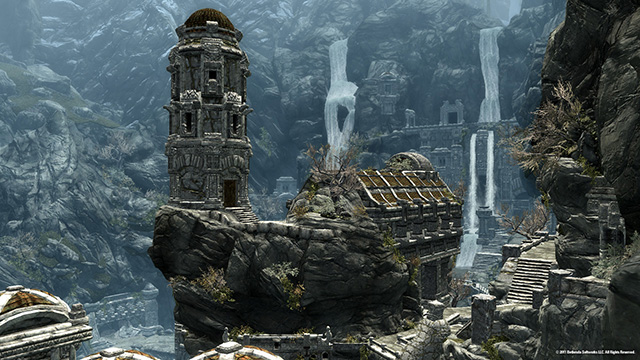 Open world games are often some of the best ways developers spew out imagination. Pair that with a role-playing fantasy-world setting filled with ancient human culture, the supernatural, and (of course) dragons, and you've got yourself a goldmine. Developed by Bethesda Game Studios, The Elder Scrolls began its run in the 1990s with the humbly promoted Arena, and now some 20 years later with a total of 20 releases including downloadable content, it has produced some of the most beautiful imagery from its massive worlds.

Image from The Elder Scrolls 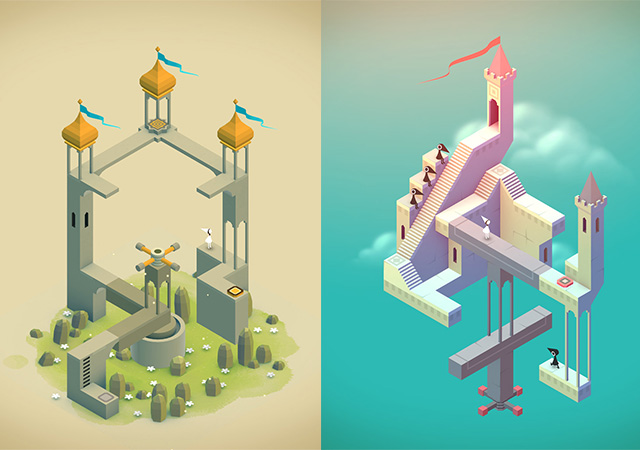 If you were not much into consoles or computers, you'd already know that mobile gaming has become a thing of its own. Monument Valley deserves a shout out for its beautiful visual style that is based on the concept drawings by indie studio Ustwo's artist Ken Wong. Inspired by Japanese prints and minimalist sculpture, Monument Valley comprises sculptural mazes in which the player - a princess - needs to navigate through optical illusions and impossible objects.

Minecraft may resemble a 1990s video gaming flashback, but it was actually created by programmer Markus Persson in 2009. A game centred around creativity in building and developing your virtual world in a sort-of pixelated 3D graphics, the game has quickly become a modern-day phenomenon. This visual style seems to give a nod to simplicity and nostalgia, while allowing players to get as creative as they want, with no specific goals for them to accomplish. 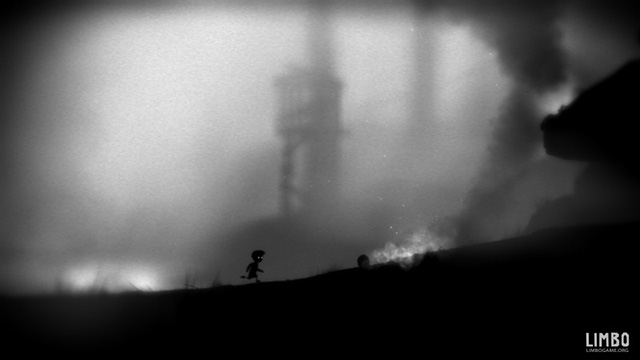 Limbo is game-noir (I may have coined that term myself). A 2D sidescroller game entirely envisioned in black-and-white, Limbo is altogether eerie and haunting, but visually stunning. It's not just the deep underlying connotations of a child running through a series of dangerous, almost sadistic obstacles that contribute to the ingenuity of the game; it's the emotion created with layers of shadow and light, paired with a completely immersive soundtrack that is emotionally chilling. Developed by Playdead, this minimalist style of puzzle gaming will continue to translate into the developer's next game Inside, only with a little more colour. 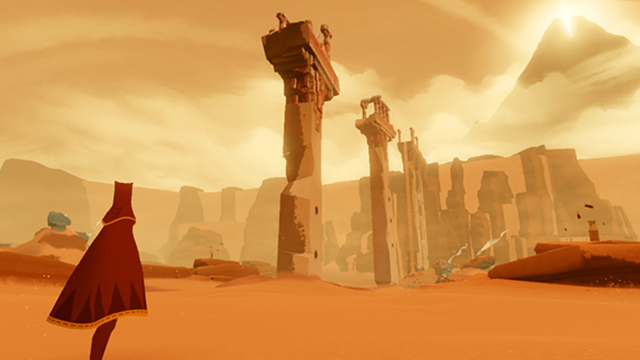 An indie video game developed by Thatgamecompany in 2012, Jouney takes you to a massive desert with the goal to reach a mountain that lies in a far distance. A wordless story that is illustrated with stunning visuals that play with gradient shades on a 2D setting with haunting music, Journey takes you through rolling sand dunes, ancient ruins and caves, all in a bid for self-discovery. An anonymous online adventure, you may find that sometimes you're not on your own on this journey. 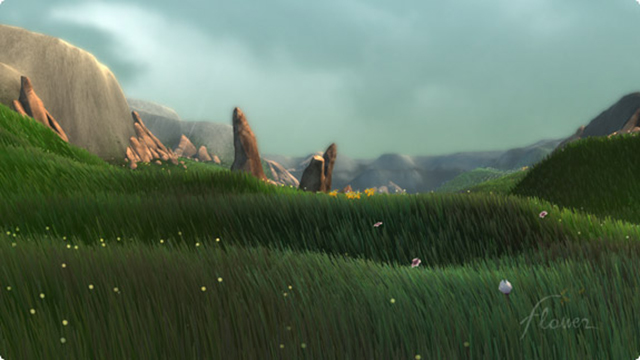 Also developed by Thatgamecompany in 2009, Flower allows you to play as the wind. Yup, you can't get anymore artistically deep than that. With six main levels to conquer, each level begins as a flower in a pot, where its petals are blown by the wind to travel through dream-like fields, mountaintops and rocky crevices. A spiritual, calming game, this development offers a sort-of outer body experience that is enchanting and charming at the same time.

An interactive music video game that hasn't seen much mainstream success, Electroplankton used the Nintendo DS' touchscreen feature to create sounds and animations for the idly bored user. A bright, colourful, interactive piece of work, Electroplankton easily fits into the modern-day idea of interactive art - and this one is portable. 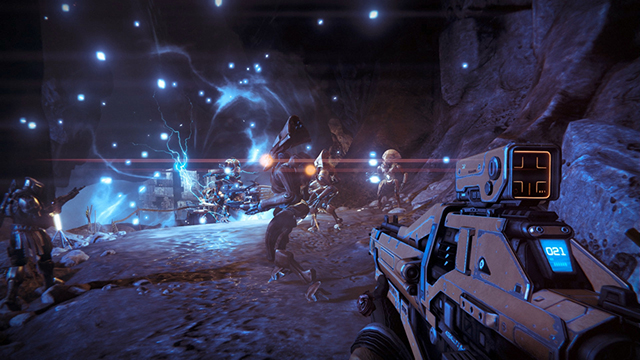 Destiny was perhaps developer Bungie's most ambitious venture. A first-person shooter game combined with a role-playing, multiplayer open-world, there was a lot to absorb with this game. With mixed reviews - some less than impressed following the massive pre-release hype - Destiny has at least one thing going for it: a visually spectacular universe draped in vibrant colours and sci-fi galore. 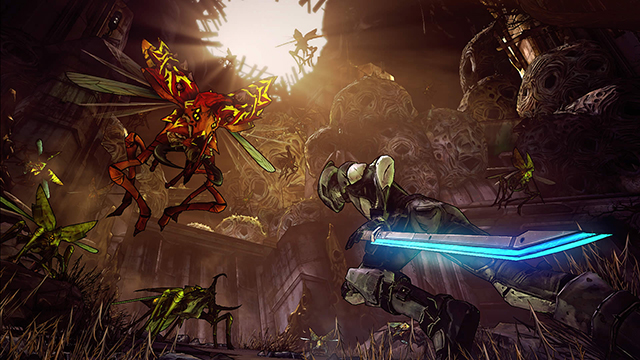 If comic books could move and if you could interact within it, the Borderlands series would be it. An incredibly vibrant, tongue-in-cheek first-person-shooter series, Borderlands is fast-paced, energetic and colourful. Head to the world of Pandora and the world's most colourful enemies and creatures will start charging towards you to maul the heck out of you whilst you extinguish them with your equally bright, element-charged weapons and individual special powers. 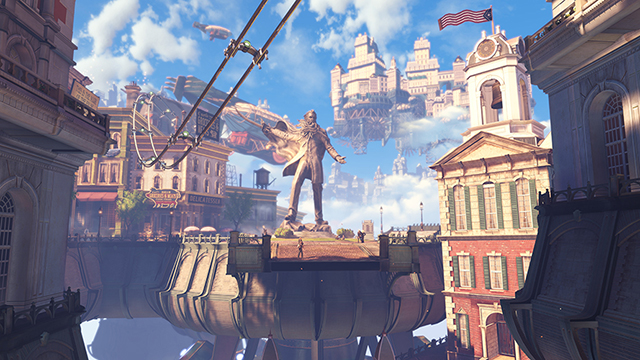 The BioShock series has never failed to leave audiences mind-blown. A mix of intellectually challenging narratives, interesting universes and strong characters, the series has constantly presented visual splendour amid eerie settings and scenarios. The last instalment of the first-person-shooter series BioShock Infinite was hailed as an all-round brilliant creation. Its floating city of Columbia is a virtual heaven amongst the clouds, injected with steam-punk elements that come to life.