Everything you need to know about the royal wedding

When and where will it be?

This Saturday, 19 May, Prince Harry and Meghan Markle will exchange vows at noon (7pm, Malaysian time) in St. George's Chapel at Windsor Castle. The chapel will be decorated by London florist Philippa Craddock, with white garden roses, peonies and foxgloves sourced from the garden and parkland of Crown Estate and Windsor Great Park. 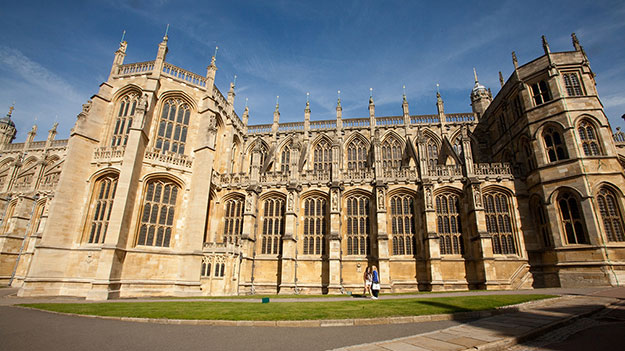 Around 800 (lucky) guests will be inside the chapel, while more than 2,640 people have been invited inside the grounds of Windsor Castle on the big day. Being the sixth in line to the throne, Prince Harry is not obligated to invite political leaders or diplomats to the celebration. Some of the guests were announced on Twitter, along with the stories of how they have served their communities.

Philip Gillespie from Ballymena who lost his right leg in an IED incident in Afghanistan and works to raise funds and awareness for ABF The Soldiers' Charity. pic.twitter.com/WadD7gRpRq

Meghan has opted not to have a maid of honour, while Prince William will be Harry's best man.

Renowned fashion and portrait photographer Alexi Lubomirski, who photographed Harry and Meghan's engagement portraits, will take the official photographs of the newly weds at Windsor Castle after the ceremony.

The dress is probably the biggest mystery of all. Names have been swirling in the rumour mill, but we are unlikely to find out anything about it until we see the bride on 19 May.

Where to watch it live

Catch it all live on TV from the comfort of your living room. Coverage on the royal wedding will start from 4pm onwards on BBC Lifestyle and BBC World News (UnifiTV channel 601), and 5pm onwards on E!.

Who will be designing Meghan Markle’s wedding gown? Here are some details

How to truly get the Royal Wedding 2018 experience