Can creativity be taught, or is it an innate, indefinable quality? Or maybe it is a fusion of both? Curated by Ernst Chin, this exhibition aims to explore the indefinable energy of creativity.

Be transported through time with renowned film studio Gaumont, a.k.a the very first film company in the world, and learn about the history of French cinema as you walk through the exhibition, which features posters and film excerpts of movies such as The Great Dictator (1940), which stars Charlie Chaplin, and Nosferatu the Vampyre (1979) by Werner Herzog.

The much anticipated 'Ballet Illuminations' makes its annual comeback this year with a special piece amidst its lineup that has never been seen before in Malaysia. Showcasing the highlights from the company's repertoire, expect a diverse performance of classical and contemporary ballet by award-winning choreographers.

British math rock band TTNG and one-man sonic ensemble Mylets in one show, plus SWIMS, This is Atlantis, and Cloudy Ku (DJ set) as supporting acts? That makes up more reasons than you need to head down to The Bee @ Publika this Saturday. 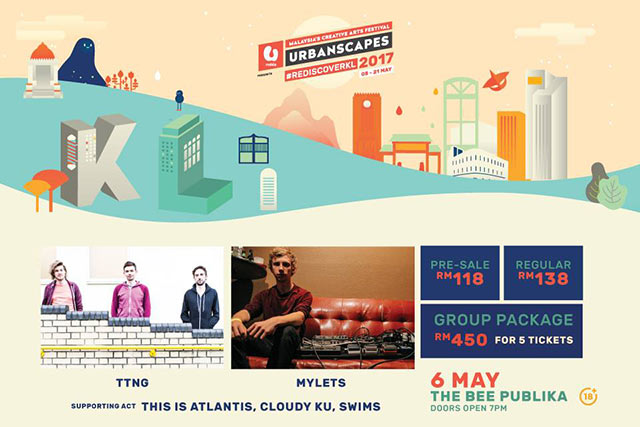 Drop by Arts for Grabs this weekend, where there'll be curated art and craft booths, activist campaigns, critical discussions, music performances, and other urgent manifestos for urban manifestations.

Experience the new technologies in cinema as Le French Festival highlights some of the latest developments in the fields of virtual reality and cinema. There'll be various workshops involving interactive cinema, virtual reality films, and an immersive sound room.

Tickets are priced at RM15. For more information, visit lefrenchfestival.com.my.

Discover KL through the eyes five different photographers at #ThisIsKualaLumpur, a photo project that includes an exhibition and talks on the third floor of Urbanscapes House, as well as day and night photography walking tours in the city. 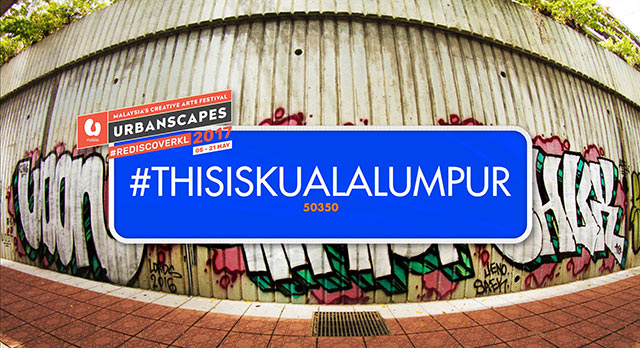 Arguably Harold Pinter's most celebrated play, Betrayal revolves around a love triangle between Emma, her husband Robert, and his best friend Jerry. For this adaptation, Joe Hasham will be directing the play in both English and Bahasa Malaysia as two separate shows that will play on alternate nights, performed by the same cast – among them Stephanie Van Driesen, Omar Ali, Razif Hashim and Jad Hidhir.

For ticketing and more information, visit the www.klpac.org.

This is one for the fans of rock – it'll be a head-banging night as Thai rock band Yellow Fang takes the stage at KL Live, supported by Malaysian rock luminaries Seven Collar T-Shirt, Kyoto Protocol and Tempered Mental.

For ticketing and more information, visit the event page.

20 - 21 May, Balletbase Presents an Evening of Movement, Music and Passion @ DPAC

Balletbase, an amateur contemporary ballet company based in Klang Valley, is set to present its first showcase since its revival in 2015. Featuring works from both local and regional choreographers, the show will begin with classical ballet pieces before moving into more contemporary choreography later in the repertoire.

Tickets are priced at RM55. For ticketing and more information, visit www.dpac.com.my.

21 May, #UncageMusic Block Party at Urbanscapes @ The Row, KL

See out Urbanscapes with a bang at #UncageMusic, where The Row will be transformed into an epicentre of music, arts and F&B for one night. The highlight is undoubtedly Crystal Castles and Hyukoh at Slate, which is an invite-only event – follow Tiger and Urbanscapes to find out how you can score passes. But even if you fail to snag a pass, there are a host of other activities and music acts to check out that night.

Entry to the #UncageMusic Block Party is free. For more information, visit the event page.

Also part of Le French Festival, Sadako features Valentine Nagata-Ramos in her first solo piece, where she'll perform a choreography that mixes butō, hip hop and origami – the latter explains the presence of paper cranes on stage. The first part of the show will be performed by Malaysian dancers from Valentine's masterclass earlier that week, and the second part is to be performed by Valentine herself. 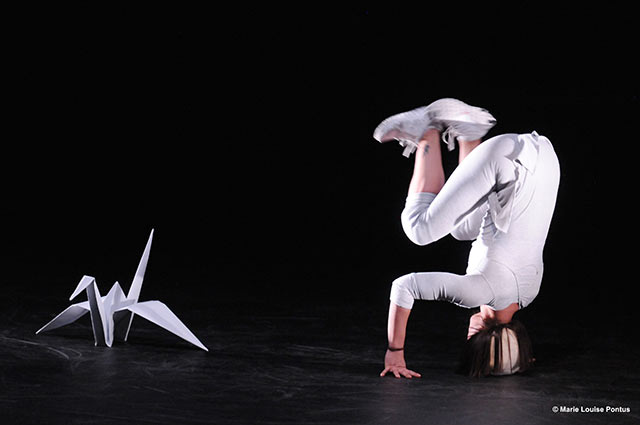 Tickets are priced at RM40. For ticketing information, visit www.ticketpro.com.my.

As 2017 marks the 60th anniversary of Malaysia-Japan Diplomatic Relations, KLPAC Symphonic Band celebrates six decades of friendship between the two countries with a fun repertoire of popular Japanese music, including a AKB48! Medley, Ultraman's theme song, and 'Nausicaä of the Valley of the Wind' by Joe Hisaishi.