It's no surprise that multi-talented actor and producer Zac Efron is the new face of Hugo's latest fragrance, Hugo Iced. Pretty much a millennial icon in his own right, Efron's charisma and adventurous side makes him the perfect celebrity ambassador to take on the brand's multifaceted fragrance. We had a quick chat with the 29-year old star on what makes a Hugo Iced man along with behind-the-scene snippets of the fragrance's ad campaign.

What brought this collaboration to fruition?

The timing was a big part of it. The #YourTimeIsNow hashtag resonated with me, and the message behind this fragrance as well—that you need to take your first step in the moment to achieve great things. I do love the new Hugo Iced fragrance too, it's really energetic and refreshing.

What do you think embodies a Hugo Iced man?

The Hugo man is adventurous and fun-loving. He is somebody who isn't afraid of trying new things. He has fun with life and doesn't take it too seriously.

How was the shoot for the fragrance campaign?

It was interesting because we shot it like a film, and then we had a separate photoshoot, and both were directed by fantastic photographers. During the video shoot I had to walk across this giant construction beam suspended across two high buildings—there was a 20-feet drop, and I was just walking on it without any safety wire, we just went for it!

How is your experience as an ambassador for a fragrance?

It's very different to be filming for a brand, compared to acting for a film. It's great because I can spread a message to millennials that they should take charge of their lives and believe in themselves and I'm glad that I can do so. There are a lot of major things milliennials can accomplish together if we're united—we only have one life to live, so don't procrastinate and follow your dreams. But have fun along the way!

What do you think Hugo Iced so special?

The message behind the fragrance—it's brilliant. Being an ambassador for a classic fragrance brand like Hugo Boss makes me incredibly proud. The fact that I'm in the right position to reach out to our generation, truly is an honour and makes it special. 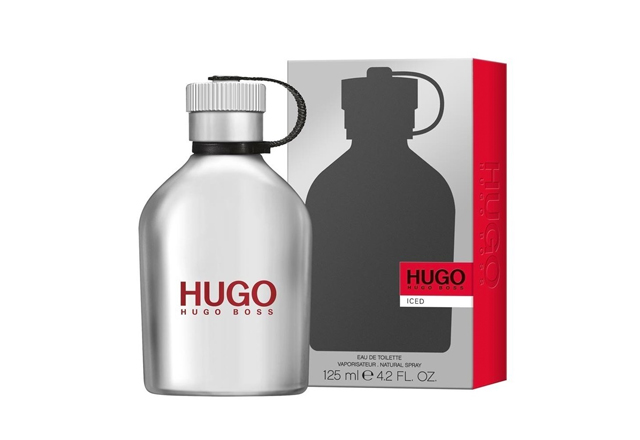 If you're a fan of Hugo's iconic fragrance, Hugo Man, Hugo Iced is definitely up your alley. Opening with notes of iced mint for an crisp, energizing touch, the fragrance is multi-layered and develops along with time. Its heart notes of wild tea, juniper and bitter orange make for a lively juxtaposition, while a hint of masculinity is present via wild vetiver for a deep and intense base.

The perfect fit: Hugo Boss Made to Measure

The perfect fit: Hugo Boss Made to Measure

Bottega Veneta Pour Homme gets a bolder (and manlier) upgrade