As it should be, because the Omega Speedmaster isn't just a significant model in the watchmaking industry, but also mankind's history. To illustrate this point, let's take a little walk down memory lane.

The very first Omega Speedmaster was introduced in 1957. Robust and reliable with a design that makes for excellent legibility, it wasn't long before it became the timepiece of choice for pilots in the U.S. Air Force. In 1964, NASA's space programme embarked on a search for a watch that it could rely on for all its manned-missions. Several brands submitted their timepieces for the selection, where they had to undergo rigorous tests, such as thermal, shock, vibration and vacuum examinations, amongst others. In the end, only one watch survived—the Omega Speedmaster.

Officially declared "Flight Qualified for all Manned Space Missions", Omega became the only supplier of watches for NASA's Human Space Flight Program. Perhaps its biggest milestone yet came in 1969, when the Apollo 11 mission marked mankind's first step on the lunar surface—a defining footprint in space exploration history, and Omega was there every step of the way. Strapped onto the wrists of astronauts Neil Armstrong and Buzz Aldrin's wrists at the time was the Omega Speedmaster Professional, making it the first watch to be worn on the moon. 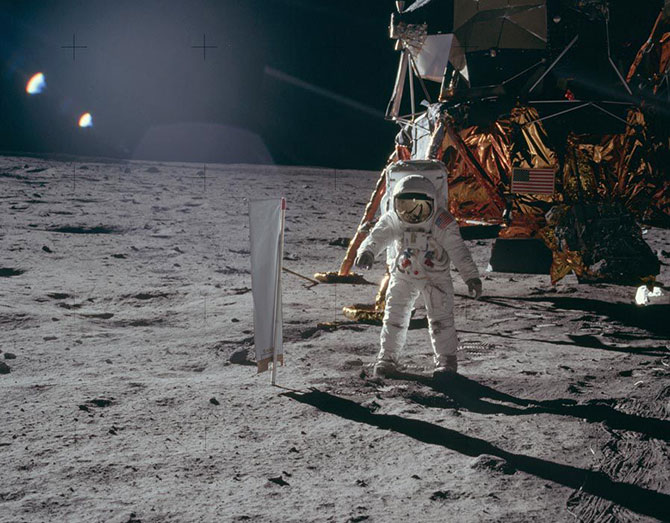 In commemoration of the first moon landing, the Speedmaster BA145.022 was unveiled the same year. Omega's very first commemorative numbered edition, the watch was crafted from 18K yellow gold and featured a rare burgundy bezel. On the back of the timepieces that were presented to the astronauts in NASA's space program was the inscription: "to mark man's conquest of space with time, through time, on time."

Coming back to the present, 2019 marks the golden anniversary of the historic event. Of course, that calls for the creation of a very special limited edition timepiece. Enter the Speedmaster Apollo 11 50th Anniversary Limited Edition.

Staying true to the design codes of the Speedmaster BA145.022, the new Speedmaster is also made out of solid gold—it's no ordinary 18K yellow gold though. Called Moonshine gold, the unique new alloy flaunts a paler hue that is inspired by the appearance of the moon in a dark blue sky. The new model retains the unmistakable burgundy bezel, but this time in ceramic rather than anodised aluminium, with a tachymeter in Ceragold. 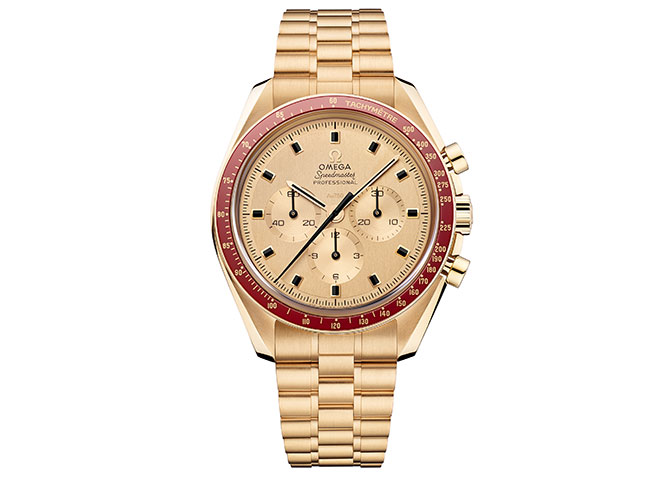 The new timepiece also gets upgrade under the hood in the form of Omega's brand new Master Chronometer Calibre 3861, a manual-winding movement with Co-Axial escapement, silicon Si14 balance spring, Moonshine gold-plated main plate and bridges, as well as burgundy markings, which can be admired through the sapphire caseback. The watch's historic status and golden anniversary is announced on the inner decorative ring, alongside some very interesting detailing—a partial world map in blue that indicates the rocket's lift-off site Cape Canaveral, and on its opposite a domed lunar meteorite inlay representing the moon. 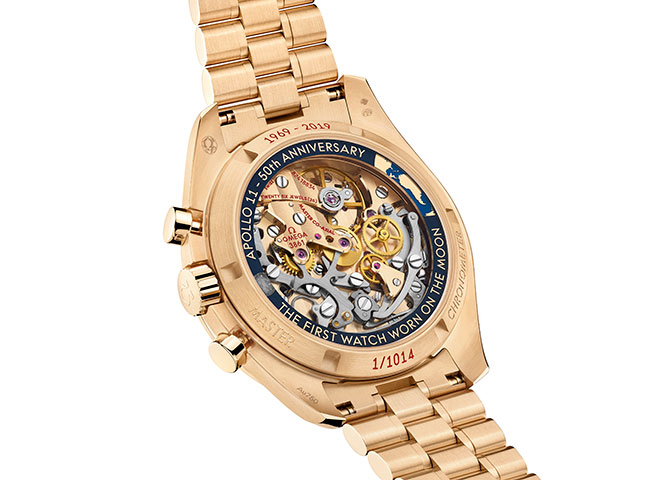 Each commemorative timepiece will come in a moon-inspired box—also a nod to the original packaging of the BA145.022 model. The grey ceramic panels of the box are 3D printed to resemble the lunar surface, with the top panel portraying the image of the Sea of Tranquility and the landing position of Apollo 11. 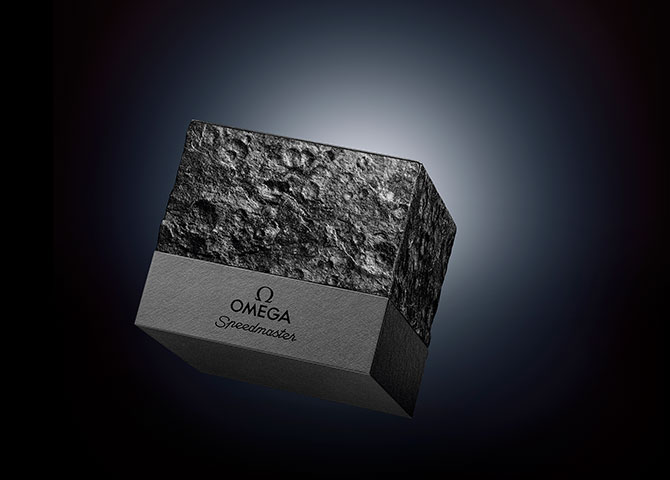 Available in a limited edition of 1,014 pieces, the Omega Speedmaster Apollo 11 50th Anniversary Limited Edition is priced at CHF32,000.