Gucci's new face for its watches and jewellery is none other than Chinese singer and actress Chris Lee, whose career propelled after joining the Super Girl singing contest. "I have been captivated by Alessandro Michele's collections since he became Creative Director, as they are so original and so joyful," says Lee. "I am very excited to be part of this new chapter for Gucci." 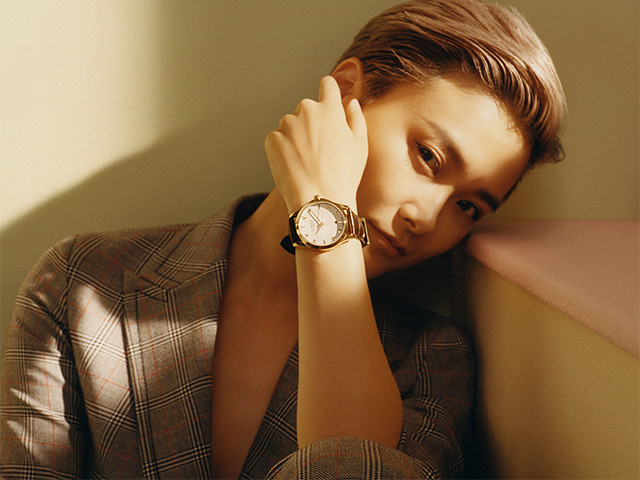 The superstar is a fan of Michele's creations for Gucci and was recently spotted at the front row of the house's Cruise 2017 show in Westminster Abbey, London. She will also be wearing custom made Gucci for her upcoming Growing Wild music tour in China. In her new role, Lee is photographed by Colin Dodgson sporting selected timepieces and jewellery, including the GG2570 (named after Michele’s lucky number, 25 and Gucci's hallmark decade, the '70s), and the G-Timeless automatic. Spot pieces from the Icon Fine Jewellery collection in the campaign images, including rings, bangles and a pendant chain necklace in 18-karat pink gold and white enamel. Watch this space for the new campaign, scheduled to release in Asia mid-July.