Wear your watches on your right wrist? Here are 6 timepieces made just for you

While there is no set rule as to which wrist you should wear your watch on, more often than not you'll find people donning their wristwatch on their non-dominant hand—righties on their left, and vice versa. With lefties being a rarity—studies suggest that only approximately 10 percent of the world population are left-handed—it comes as no surprise that most things in the market are designed with the right-handed in mind; watches included.

But what makes a right-handed watch different from a left-handed one? There is one defining distinction: designed to be worn on the right hand, the crown on leftie watches, or destro watches (destro means right in Italian), is placed on the left of the dial as opposed to the traditional 3 o'clock position—this allows the wearer to conveniently access the crown with their left hand when needed.

If you're a leftie in the market for a destro watch, or perhaps you're a right-hander who happens to like wear your watch on the right (like yours truly), here are 6 wristwatches encompassing the sky, land and sea made just for you: 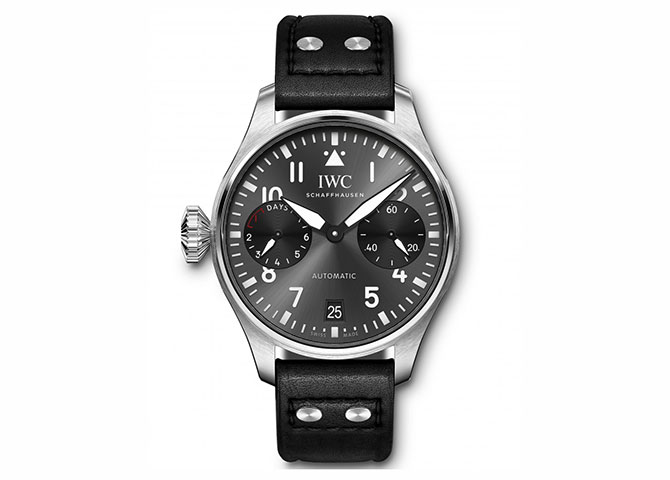 The latest destro in the game is IWC's 'Right-Hander' (Ref. IW501012), the manufacture's first Big Pilot with its crown on the left. Given that an estimation of almost 40 percent of pilots are left-handed, one could say this is quite a fitting move for this particular line with its aviation roots. The sizable 46.2mm stainless steel case houses the in-house automatic 52010 calibre with a 7-day power reserve, fronted by a handsome slate-coloured dial with black counters and luminescent indices and hands. A limited edition of just 250 pieces, it will first be released this month exclusively in Australia and France, before going on sale elsewhere three months later. 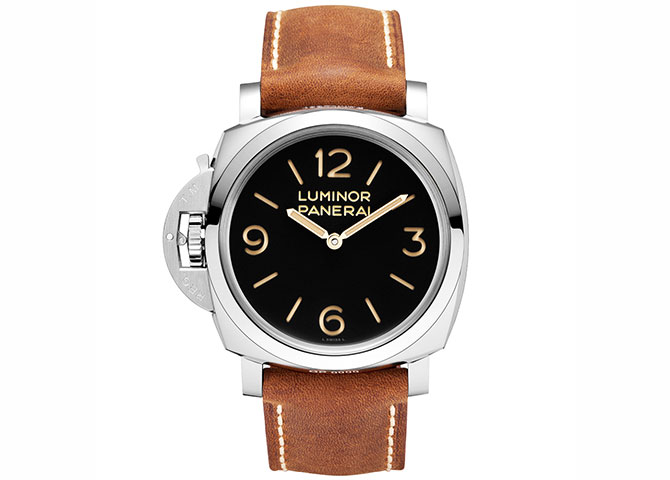 Fun fact: the underwater commandos of the Royal Italian Navy were required to wear their watches on the right wrist, because they had the compass or depth gauge on their left. To meet this need, Panerai's signature crown-protecting device was fitted on the left side of the case for the first time in the 1940s. True to its heritage, the elegant Luminor Left-Handed wears its crown the same way, complemented by a classic clean dial that is synonymous with the brand.  Under the hood is the P.3000 calibre with a 3-day power reserve. 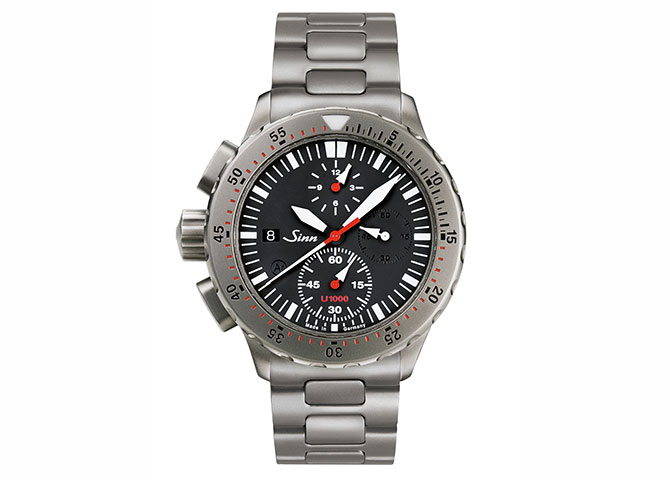 Sinn is one of the few watchmakers out there with the most destro models in its lineup. Made to survive extreme conditions, this superlative diving chronograph is crafted entirely out of high-strength seawater-resistant German Submarine Steel, and is pressure-resistant to 1,000-metre diving depth. The flat, large-format push pieces ensure that the chronograph functions can be triggered effectively even with diving gloves on. It is also equipped with Sinn's Ar-Dehumidifying Technology, which prevents fogging and enhances functional reliability. 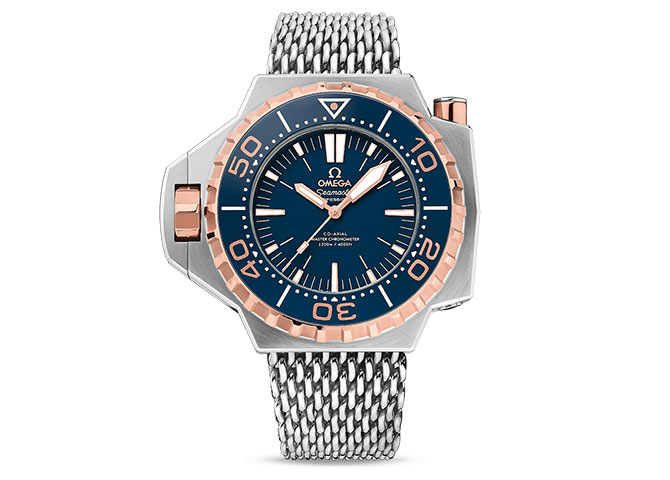 From the sea of Ploprof timepieces, we can't help but be drawn to this enarmouring titanium blue and 18K Sedna gold version. Known as Omega's most water-resistant diving watch, this functional masterpiece is equipped with a chronometer, helium escape valve and bi-directional rotating bezel, and is reliable even at an incredible 1,200 metres under the water. While the titanium mesh bracelet adds sophistication for everyday wear, it also comes with an additional matching blue rubber strap for your diving adventures. 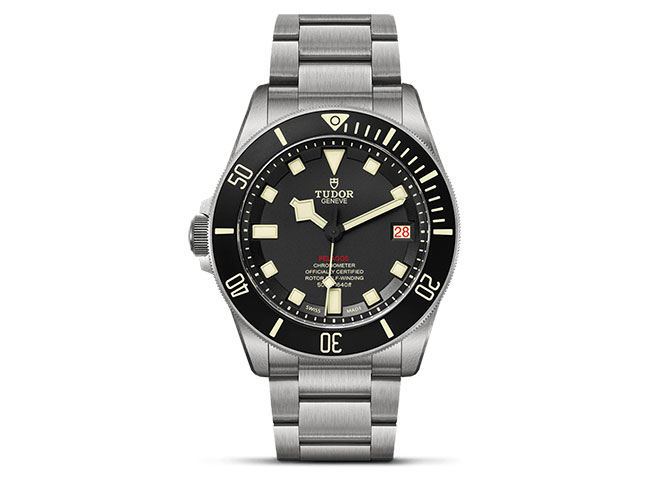 One can hardly go wrong (or out of style) with a Tudor Pelagos, and the manufacture has kindly produced one just for lefties. A favourite for its classic appearance and robust built, this model flaunts a sleek black dial with a unidirectional bezel, ceramic matte disc, luminescent numerals and markers—including the famous snowflake design—on a 42mm titanium and steel case. Driven by Tudor's Manufacture Calibre MT5612-LHD with a 70-hour power reserve, the watch is waterproof down to 500m. 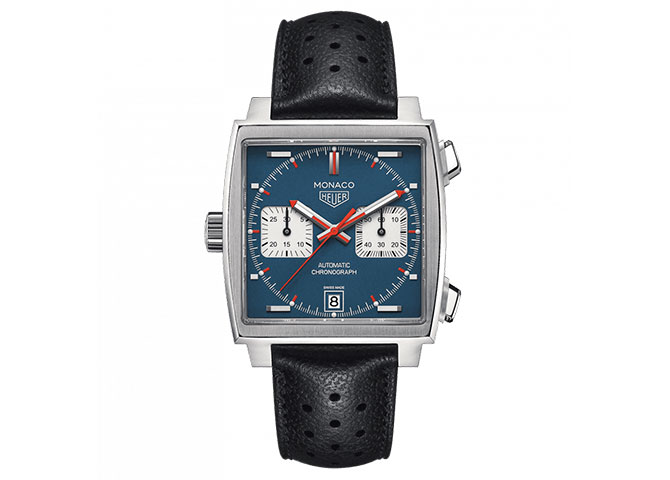 Yes, one of the most iconic chronographs out there features its crown on the left. The Monaco Calibre 11 is modelled after the original made famous by Steve McQueen (he wore it in the 1971 film Le Mans), which was first introduced in 1969 to celebrate the Monaco Grand Prix. At the time of release it held two world firsts, being the first water-resistant timepiece with a square case and the first automatic chronograph. This 2015 reissue—now a mainstay in the brand's modern collection—comes in a few colour variations, we naturally gravitated to the most-true-to-original edition in mat blue (Ref. CAW211P), complete with sporty red accents.