Buro’s City Guide to Seoul: Where to stay, eat and sightsee

Seoul is a picturesque city unlike any other. It's clearly modern in design as showcased by the stunning Dongdaemun Design Plaza and sleek, newly opened and fifth tallest building in the world, Lotte World Tower. And yet scattered around city are historic pagoda-style gates from the Joseon dynasty, old palaces and shrines as well as rows of breathtaking hanok (traditional wooden homes). Be it day or night, the capital of South Korea is buzzing with life and its people are going about while sporting fashion forward outfits and trendy looks—be it hair or makeup. And what about the food? Like the energetic beats of the world famous K-pop music, this city will have your heart dancing excitedly along to all that it has to offer. 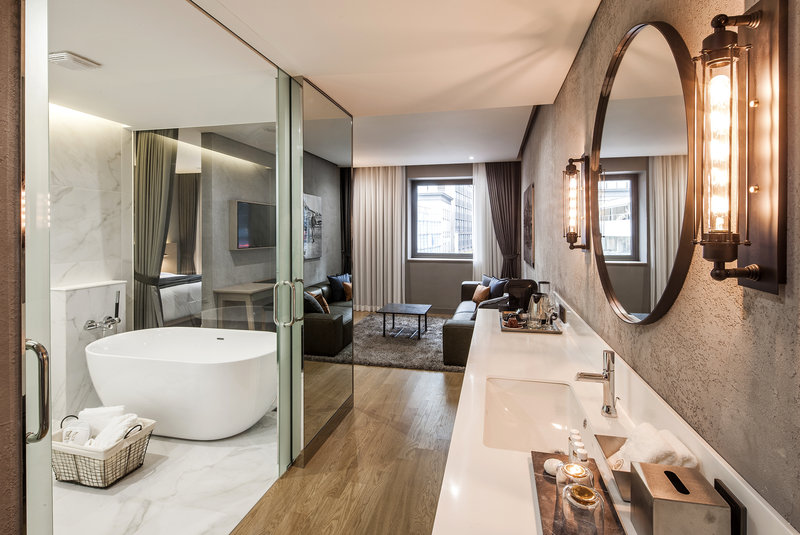 Boutique hotels have been sprouting up in recent years but perhaps it comes to no surprise that design, in general, is one of Seoul's strong points. It is a UNESCO City of Design, after all, and was named the 2010 World Design Capital which recognises the accomplishments made by cities in the field of design. If a unique, minimalistic yet artistic yet luxury accommodation is what you seek, try Hotel 28 Myeongdong—specifically its Director's Suite. With the furniture, fabric and tableware made by Hermès, it's the best room in the building. Otherwise, the Deluxe King rooms are equipped with bathtubs and adorned with beautiful marble floors that no one can resist. 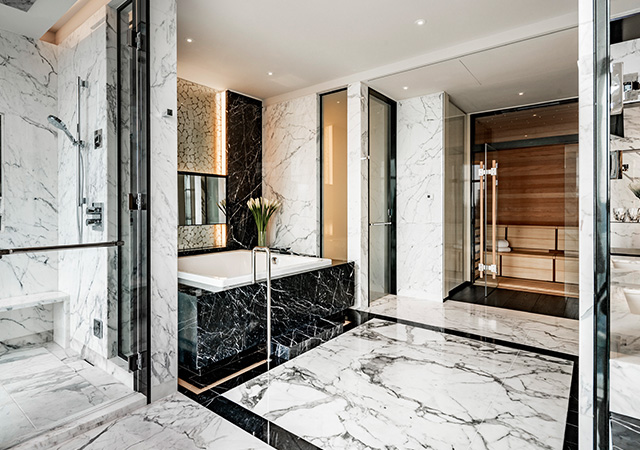 On the other end of the spectrum is Four Seasons Seoul. Having only opened in October 2015, it's one of the newer hotels in the city and one of the most impressive. Centrally located in the heart of the bustling city, its 317 rooms boasts of a beautiful fusion of classic Korean design motifs and modern aesthetics complete with floor-to-ceiling windows that offer amazing views of Seoul's best landmarks. The beds are customisable and the bathrooms almost spa-like. 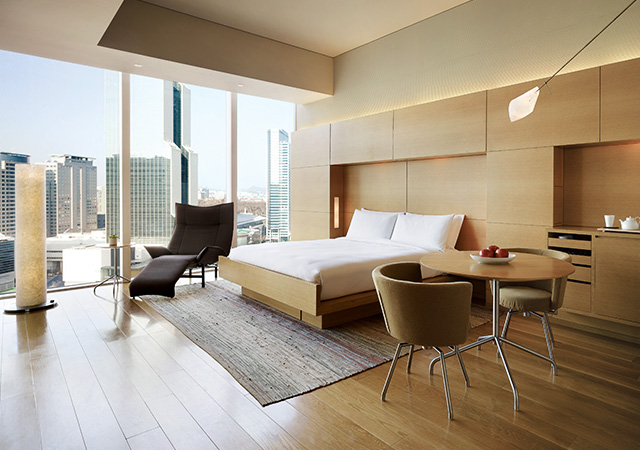 Park Hyatt Seoul in its 24-story glass tower is another well-recommended option. Interiors are sleek and minimalist with that astounding floor-to-ceiling windows; and the warm, polished wood floors in the room are complemented with rough-cut granite in the bathroom. Some of the luxurious amenities offered include Bang & Olufsen stereos, Aesop toiletries and 300-thread-count cotton linens—all in the name of a luxurious home away from home. 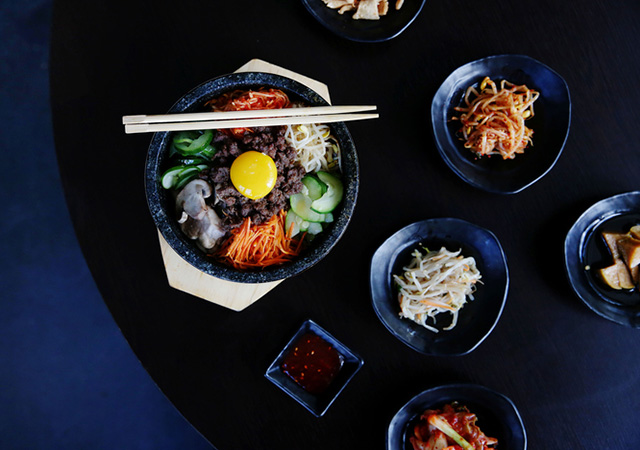 Food is a big part of a destination's culture and an even bigger importance in a person's travels (if it isn't yours then you need to rethink your priorities. Note: This is the writer's personal opinion and clearly, personal interest). Seoul is one of the many cities that takes as much pride in its traditional hanjeongsik (a full course Korean meal that was commonly served to royals and aristocrats—head to Ji Hwa Ja) as its many Korean dishes and street food. You'll have to visit both restaurants (Michelin or not) and the local markets to truly savour the taste of Korean cuisine. 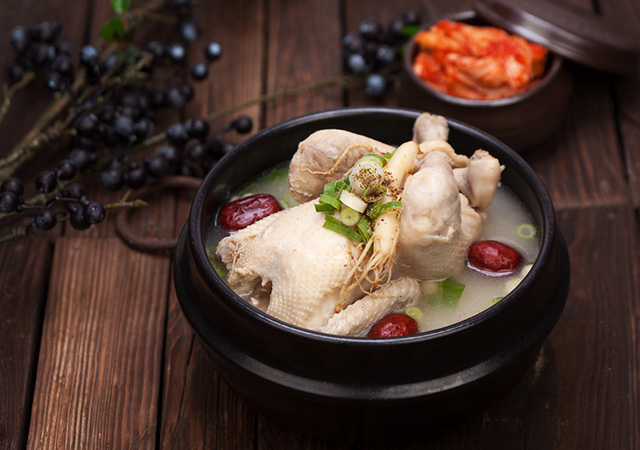 Samgyetang (ginseng chicken soup) is one of the most popular Korean dishes and the best place to get a good pot of it is Tosokchon, which is near Seoul's most popular attraction, Gyeongbokgung Palace. The taste of ginseng is rich but the broth is even richer with a milky texture while the meat is tender. Expect long queues during peak hours. For handmade Kalguksu noodles (akin to pan mee noodles in torned pieces) and mandu (dumplings), most locals would point to the direction of Myeongdong Kyoja which has been around for more than 40 years. 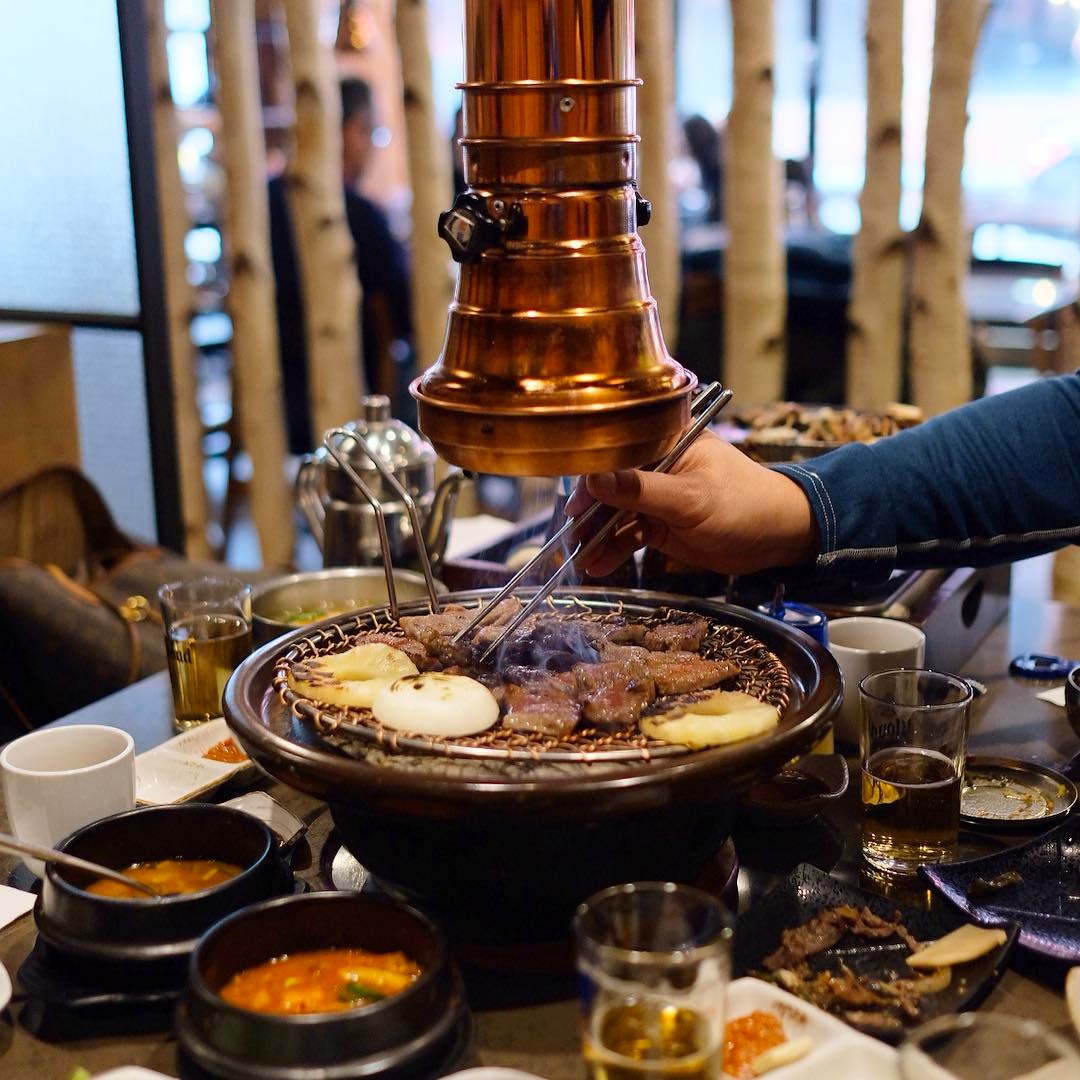 Perhaps what you're really after is the taste of a true Korean BBQ meat and the city is littered with them. Which should you pick? First-timers should head to Maple Tree House in Itaewon where it's popular among travellers and locals alike. The signature dish here is the aged hanwoo (Korean premium beef) sirloin that comes with a special savoury sauce. 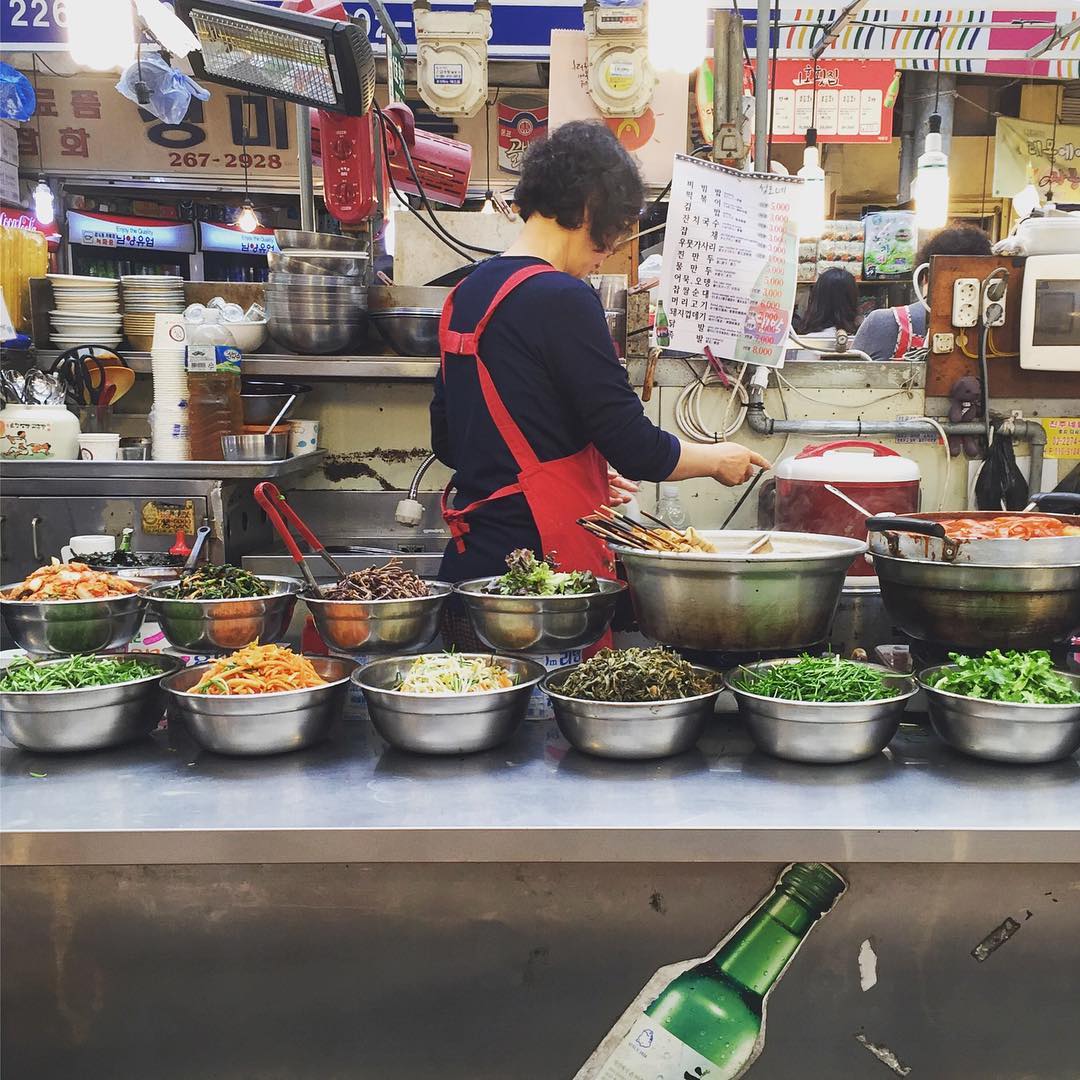 There's no specific place as to where you can find the best street food but there is a type. Get your fill of soondae, gimbap, tteokbokki, hotteok, and bibimbap (the list goes on) at markets like Gwangjang Market, Namdaemun Market and Dongdaemun Market. In contrast, you can seek fine dining Korean cuisine worthy of three shiny new Michelin stars—t's the first Seoul edition—at Gaon, which offers multi course menus based on the daily meals enjoyed by royalty during the Joseon era, and La Yeon in the Hotel Shilla, which features traditional Korean cuisine with a contemporary touch. 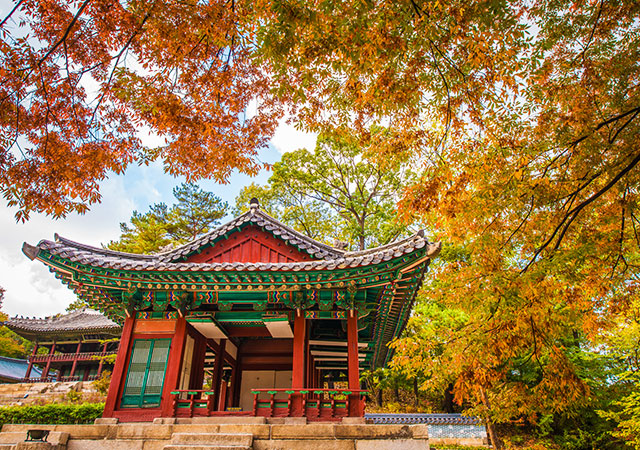 Everyone's purpose for visiting a certain destination is different. In Seoul's case, it could be shopping, eating, visiting Korean drama locations or in the name of K-pop/Hallyu wave, or getting to know Korean culture—or all of them. The gist of must-visit landmarks, however, can be first boiled down to its five UNESCO World Heritage Sites: Changdeokgung Palace, Hwaseong Fortress, Jongmyo Shrine, Namhansanseong Fortress and the Royal Tombs of the Joseon Dynasty. 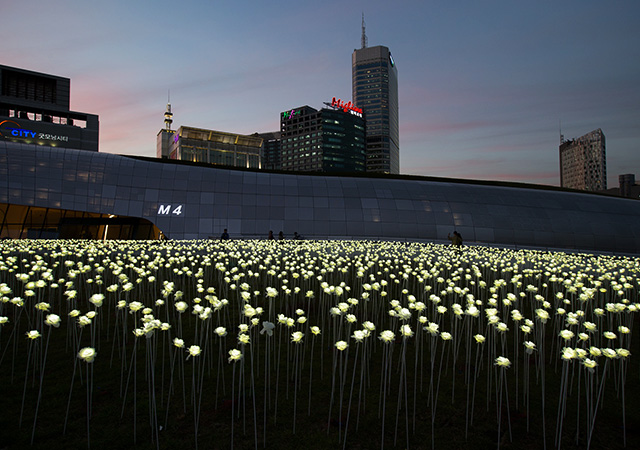 The common tourist attractions are Gyeongbokgung Palace (the main palace of the Joseon Dynasty), Namsan Park (and Seoul Tower that's situated at the top), Bukchon Hanok Village (be immersed in a large concentration of traditional Korean homes, learn the culture of once upon a time, and snap a whole lot of photos), Cheong-gye-cheon stream (a revitalised stream that flows for 5.8km with landscaped walkways, footbridges, waterfalls and a variety of public artworks), and the neo-futuristic Dongdaemun Design Plaza that was designed by Zaha Hadid and is a popular Instagram spot. 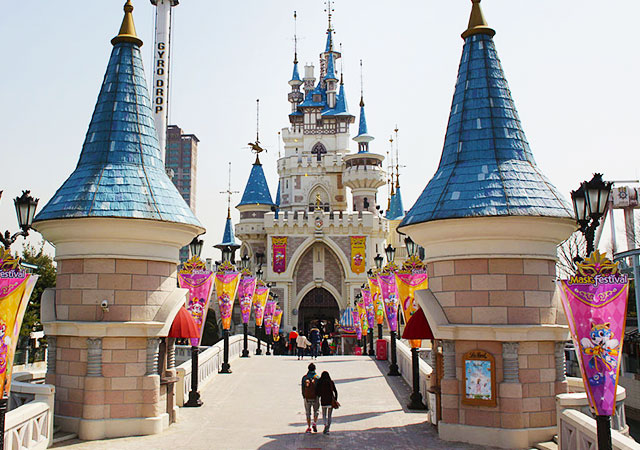 Then, there's Lotte World, the theme park that is often shown in dramas and variety shows, and houses the world's largest indoor theme park, among many other things. Seoul's cafe culture is as strong as the popularity of tea houses and you'll be able to find both at Hongdae where it's also peppered with youths, art galleries, clubs, fashion boutiques and underground music and art festivals. Insadong is another great place that offers this but with more stalls offering traditional products. 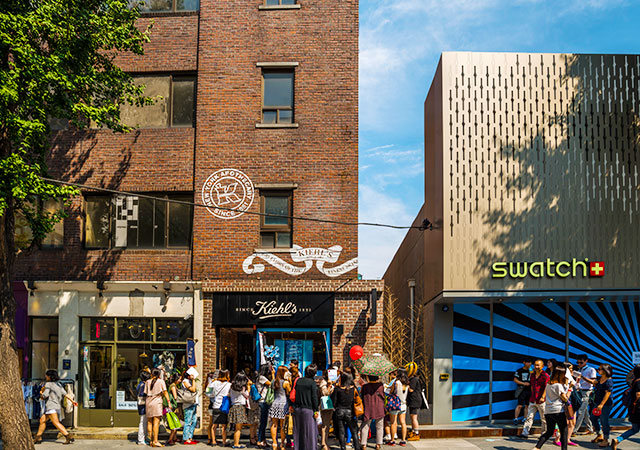 Finally, shop till you drop from Seoul's megamalls such as Coex Mall and Lotte World Shopping Mall; to the underground shopping strips that are usually connected to the subway such Gangnam Station and Myeongdong Station where you'll find small retailers offering clothes, cosmetics and accessories; to long shopping streets at places like Apgujeong Rodeo, Gangnam, Dongdaemun, Sinsadong and Myeongdong (some of these places have a combination of chic boutiques, designer labels, department stores and huge standalone fashion brands). The surrounding area near university campuses have also been known to be great places to shop (with cool cafes and bars) with the most popular ones being Hongkik University and Ehwa Women's University.

8 Things you didn't know about Seoul

8 Things you didn't know about Seoul