Smartphone addiction is real. There's even an official name for it: Nomophobia. Short for "no mobile phone phobia" and defined as an irrational fear of not having your mobile phone, I think most (if not all) of us can relate to this smartphone separation anxiety. Admit it, not having your phone in certain social settings can make you feel a little lost and uncomfortable. (How else are you going to dodge awkward situations if you can't act busy on your cell, right?)

Thing is, smartphones are making us... not so smart, quite unhealthy and very anti-social. Evident in the way that it has lessened the time we spend with loved ones, reduced our brain power, diminished our ability to think creatively, shortened our attention span, and made us more prone to anxiety, depression, insomnia and other issues, it's safe to say that there are downsides (as much as all the upsides we love) to this digital device that we are so personally dependent on today.

But wait, why are we so addicted to our phones?

Dopamine, that's why. All those push notifications we get when someone tags us on Facebook or likes our photo on Instagram give us a feel-good rush. That feel-good rush is dopamine—a neurotransmitter our brain releases when we're anticipating a reward or acquiring new information. It fuels our desire to seek and also influences our reward-motivated behaviour. Since we spend so much time on the internet and social media, our bodies continuously feed on this instant gratification and as a result, we're stuck in a viscious cycle of texting, tweeting, and scrolling 24/7. Turns out, it's not really our fault. That's because social media has been designed to hook users that way and according to Sean Parker, ex-president of Facebook, the platform's inventors understood this but did it anyway (you know, 'cause it's good for advertising). 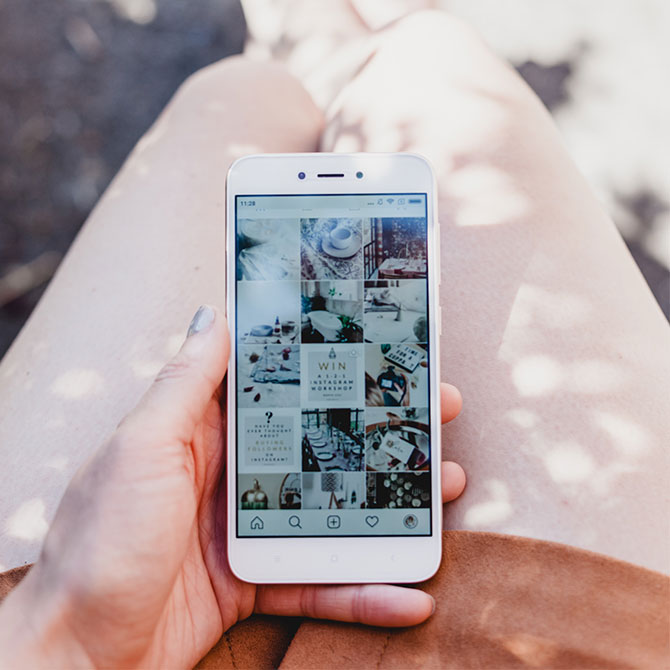 Some shocking stats at a glance:

Five warning signs that you might be addicted to your phone:

1. You're sleep-deprived. By now, everyone knows their smartphone emits blue light, which disrupts your sleep cycle and makes it harder to doze off. Another serious sign is when your eyelids are closing but your fingers are (still actively) scrolling.

2. It's hard to complete chores or work. You don't have to be good at math to compute this: more time on the phone = less time for other tasks. Plus, the closer your phone is to you, the higher the chance of you getting distracted.

3. You can't sit still without checking your phone every minute. If your friends have told you to put down your phone and pick up your fork on many occasions, that's a clear enough sign that you should stop texting and start talking to those in front of you. Be present; their eyes are up there, not on your screen.

4. You're mindlessly scrolling. Going through your feed and double tapping on an image but realise you didn't even notice what you just 'liked' or the caption that came with the photo? That's one major indicator.

5. When you see a red traffic light, you automatically think: phone time! Before you console yourself by saying that at least you're not drinking and driving, this study has actually shown that those who text and drive are a way bigger road hazard due to their much slower reaction time (35%) compared to those who drink and drive (12%).

6. Bonus: you get phantom vibrations. Ever felt your phone vibrating but get disappointed when you check it and there's actually nothing? You may be anticipating a new notification so much that you're perceiving other stimuli to come from your phone. 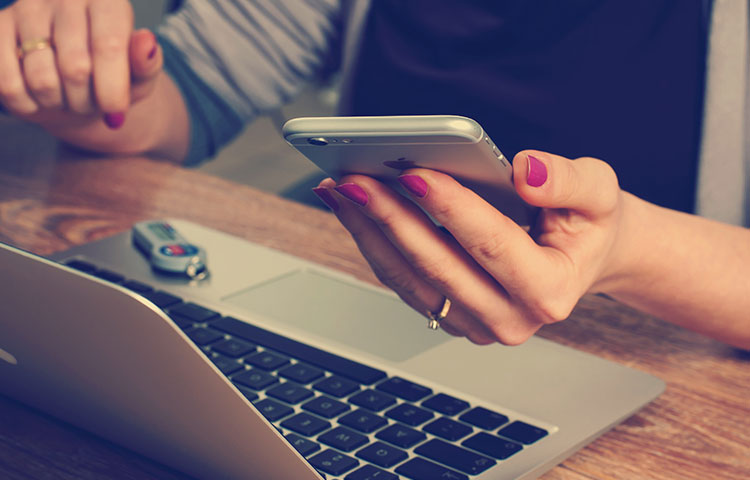 Several ways to reduce your screen time and kick the habit (for good):

Dyson unveils their latest products: One really sucks, one really blows, and one really lights up

Netflixing with kids can be safe—here's how