This year, Golden State Warriors guard Stephen Curry became NBA's first unanimous Most Valuable Player (MVP), winning the award of the second consecutive season. He is only the second player from Warriors to have garnered the MVP title. In conjunction with this incredible achievement, Under Armour is set to release the Curry MVP Back 2 Back Pack, which contains the re-release of the Curry One MVP and a new Curry Two MVP colourway. They feature sleek gold accents and a bold design that mirrors Curry's relentless strength and ability on the court. 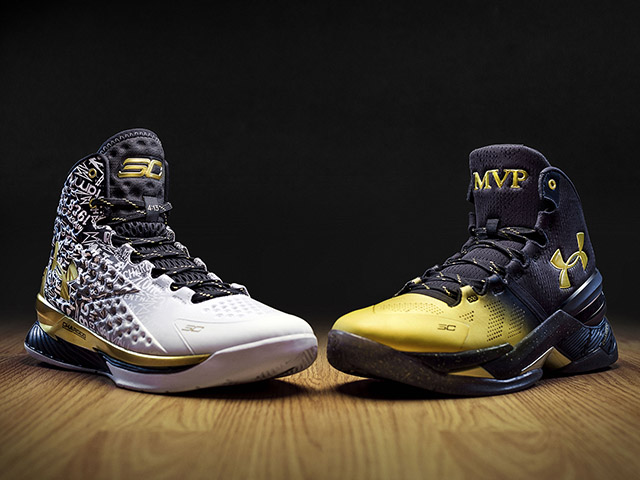 "Stephen Curry's impact on the game of basketball is immeasurable", said Kip Fulks, chief marketing officer of Under Armour. "His game and will to dominate is unlike anything we've ever seen in the NBA, and his cultural reach off the court is equally transcendent. We are thrilled and humbled to be alongside Stephen on this journey, and look forward to his continued perseverance in making himself a better athlete every single day."

The Under Armour Curry MVP Back 2 Back Pack (RM1,999) will be available exclusively on www.underarmour.com.my from tonight at 8pm onwards.