A taste of victory

First comes the Asia's 50 Best Restaurants 2017 award ceremony, then comes the revealing trickle of the winners for this year's World's 50 Best Restaurants. The latest unveiling is the restaurant that has been awarded the 'Miele One to Watch' award 2017: Disfrutar in Barcelona. The award is separate from the 50 Best in the sense that it celebrates emerging global talent and recognises a restaurant with the potential to rise up the list in the near future.

So who's responsible for holding the reins of Disfrutar? Three former chefs of the former No.1 restaurant El Bulli where they worked alongside legendary Spanish chef Ferran Adrià. Opened in December 2014 and located in Barcelona's central Eixample district, Disfrutar evokes a Mediterranean spirit from the minute one enters through its doors but it's the food here that sparks a bigger response. The menu is modern Spanish cuisine yet it carries chefs Mateu Casañas, Oriol Castro and Eduard Xatruch's quirky personalities. As a result, its avant-garde display is almost theatrical and its taste, inventive. 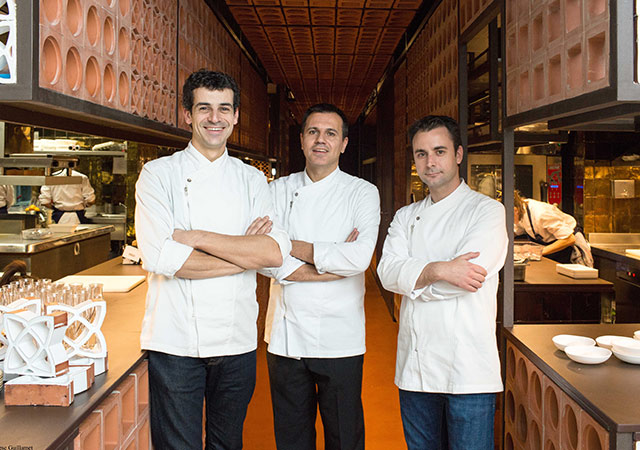 Disfrutar joins a stellar line-up of recent One To Watch award winners including Den in Tokyo (2016), Sepia in Sydney (2015), Saison in San Francisco (2014) and The Tasting Kitchen in Cape Town (2013). Stay tuned for the rest of the winners of the World's 50 Best Restaurants 2017. The awards ceremony is to take place on 5 April in Melbourne.

8 Romantic bars and restaurants for a memorable date night