Best moments from the #BuroTurnsOne party

After months of planning for the ultimate party of the year, it was finally the night of 1 July 2016 – our #BuroTurnsOne party. Held at the newly opened The St. Regis Kuala Lumpur, we decked the Grand Ballroom (and the foyer) outside with various arcade- and party-themed elements that translated in the food, drinks, decor, and activities. We definitely have to give special thanks to Spring Cottage for the amazing decorations that included the air balloon box as the centrepiece in the ballroom.

Over 400 guests, including Friends of Buro Tengku Chanela Jamidah, Carey Ng, Shir Chong, Debbie Goh, Tuti, and Khoon Hooi, joined us for the night and before the party started, there were cold-pressed juices by La Juiceria, chocolate treats by The Honest Treat and the popular photo booth by Movish.

Even the #BuroBMW cars made an appearance as selected VIPs were given a ride to The St. Regis KL where two special 'guests' awaited them at the dropoff entrance to the Grand Ballroom - the ultra sleek and sexy BMW i8 and the gorgeous BMW X4 xDrive28i M Sport.

Then, it was time to usher our guests into the main event as our host of the night, Sazzy Falak kickstarted the evening with a welcome speech followed by a few words from Buro 24/7 Malaysia Editor-in-Chief Cai Mei Khoo.

The excitement of the party continued to escalate when guests were surprised with Yuna's appearance on stage as she performed her current hit song, 'Crush', 'Terukir Di Bintang' and 'Places to Go'. With all our planned agenda out of the way, guests were invited to mingle and take more pictures, feast on the various specially-customised items prepared by St. Regis with free flow of Moët Chandon champagne, Belvedere vodka, Heineken beer and Strongbow cider, indulge in the three ice cream flavours – teh tarik, chocolate cookie dough and rum & raisin – by Inside Scoop, and check out all the thrilling activities around the Grand Ballroom.

At one side of the ballroom, Dior and L'Oreal Professionnel (featuring Shawn Cutler) were on hand to help guests perfect their look for the evening while BMW showcased the new BMW X5 Hybrid with eDrive Technology in an interactive booth. And on the other side, there was a 4D experience booth by Samsung with the Gear VR, a hands-on introduction to Goxip, the latest shopping app in Malaysia, a Garrett popcorn booth that drew crowds to try the ball toss game and sample the Chicago Mix. The most popular attraction of the night, however, was probably the Buro Claw Machine where everyone stood a chance to win amazing prizes such as a Samsung Galaxy S7 edge, designer items from Club21, Dior fragrances and cosmetics, products from L'Occitane, L'Oreal Professionnel, Nike, and Spring Cottage flowers.

To cap off the evening's celebration, resident DJs at Zouk, DJ Bate were on decks to spin some of the coolest hits. And as the night drew to a close, guests redeemed their prizes from the Buro Claw Machine at the redemption counter as well as to collect their door gifts, which included commemorative cans of Buro 24/7 Malaysia Coca-Cola.

While the #BuroTurnsOne party may have ended, you can be certain that the celebrations will continue for the rest of July. Stay tuned for a video with all the highlights of the night; in the meantime, check out our interview with the Buro 24/7 Malaysia Digital Awards 2016 winners. 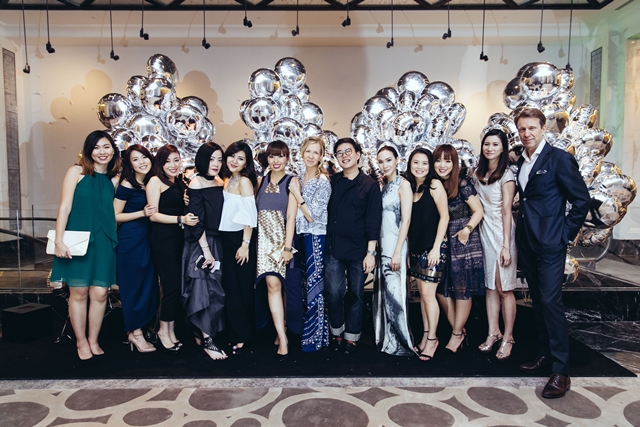 #BuroTurnsOne: Catch the #BuroBMW and take a photo to win prizes