Porsche: The new all-electric Taycan has arrived in the Asia Pacific—with Star Wars in tow!

The next chapter in Porsche's long and iconic history has arrived. This time, the Stuttgart-based automaker has teamed up with Lucasfilm. Wait, how? A few weeks ago, it was confirmed that Porsche and Lucasfilm are collaborating on creating a starship for Star Wars. This is oh-so-exciting! 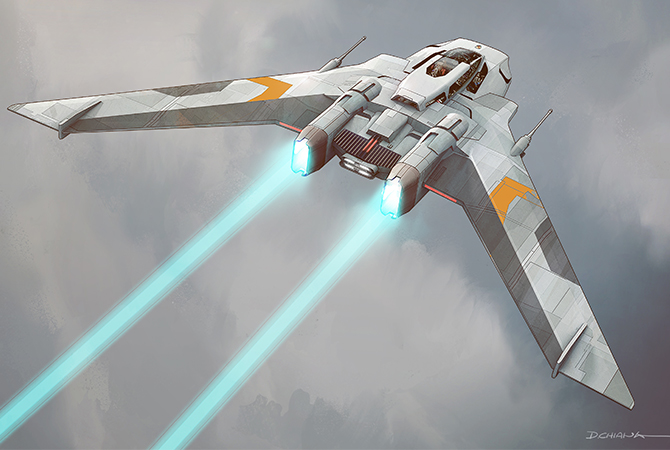 During the Porsche Asia Pacific premiere of the new all-electric Taycan in Singapore, the sketch for the starship was revealed for the first time. The fantasy starship will be unveiled at the premiere of Star Wars: The Rise of Skywalker in December—the final episode of the Star Wars saga. The DNA from both the legendary brands can be seen clearly in this unprecedented collaboration. 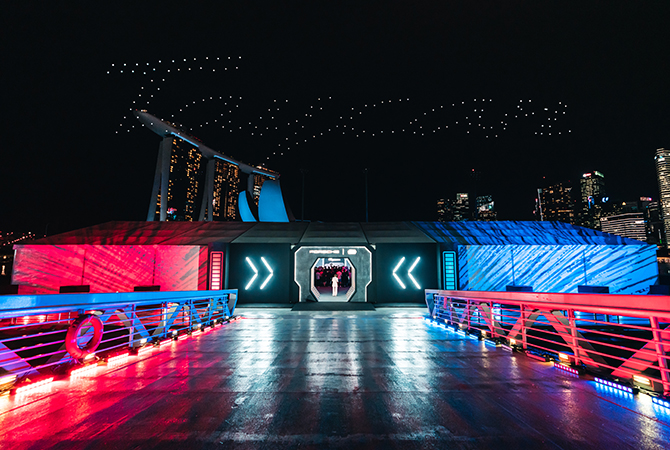 According to Doug Chiang, Vice President Executive Creative Director of Lucasfilm, "although one brand is placed in a fantasy universe and one in the real world, it's interesting that both are defined very much by their iconic design principle. The basic challenge of the design brief was to design a starship that would both be true to the Star Wars universe and Porsche design DNA". What are your thoughts on the spacecraft? Are you excited to see the final product next month? 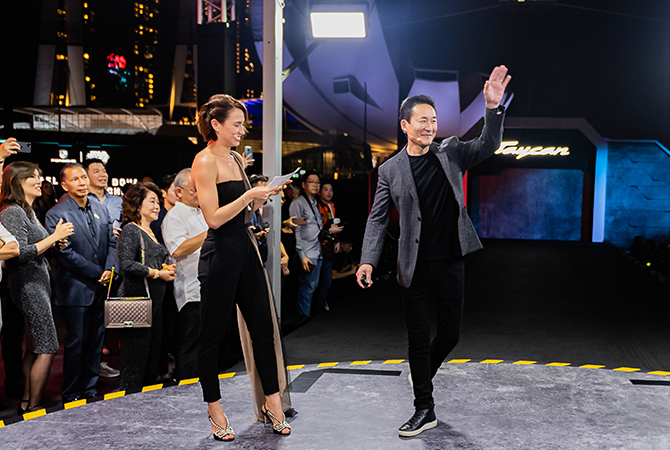 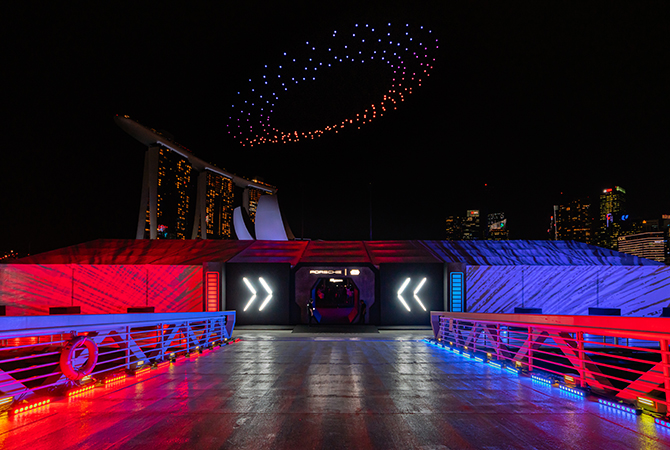 To highlight the features of the latest Porsche model, a spectacular drone show was orchestrated during the premiere—held at The [email protected] Bay. What's special about the Porsche Taycan? Apart from being the automaker's first all-electric sports car, of course. 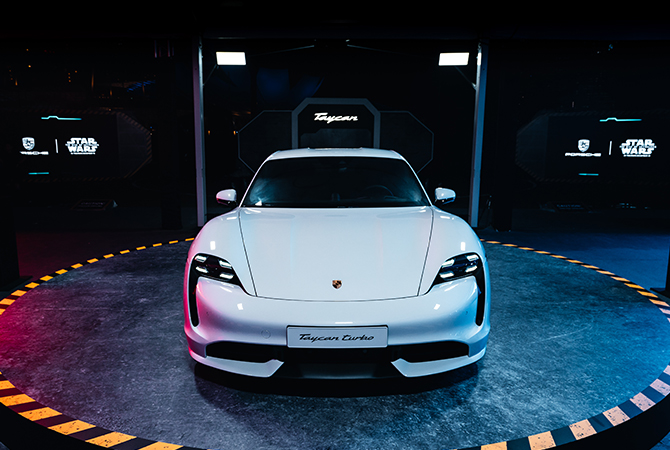 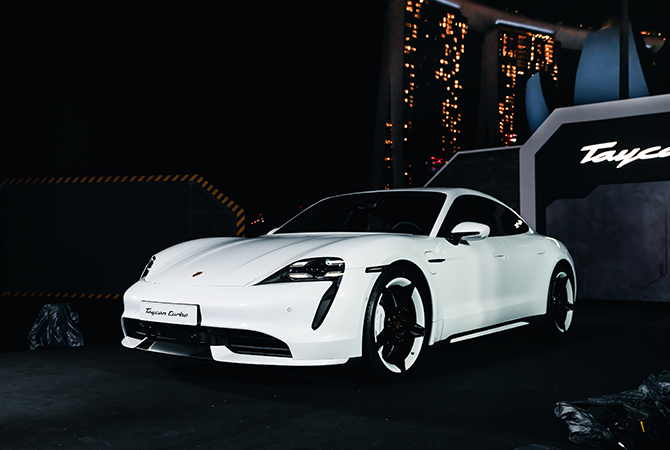 Oh, the goodies don't stop there. It's the beginning of a new chapter, after all. The Taycan is indeed special, being the first production vehicle with a system voltage of 800 volts. Electric cars usually come with the usual 400 volts. Why is this important though? Well, the battery can be recharged using direct current (DC) from the high-power charging network for a range of up to 100 kilometres—in just over five minutes. Under ideal conditions, the charging time for five to 80 percent SoC (state of charge) is 22.5 minutes for charging. 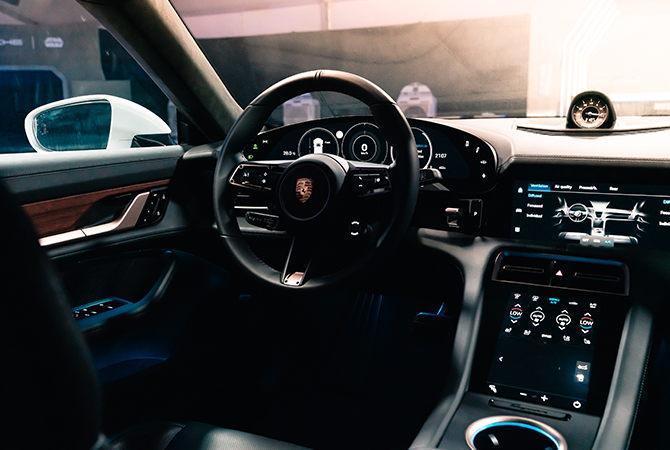 What's next? The Taycan Turbo comes with two efficient electric machines, one on the front axle and one on the rear. This means that the Taycan is an all-wheel drive. Oh, the two-speed transmission installed on the rear axle? That's something new, allowing more acceleration from a standing start whereas second gear ensures high efficiency and high power reserves with a long gear ratio. Talk about innovation! 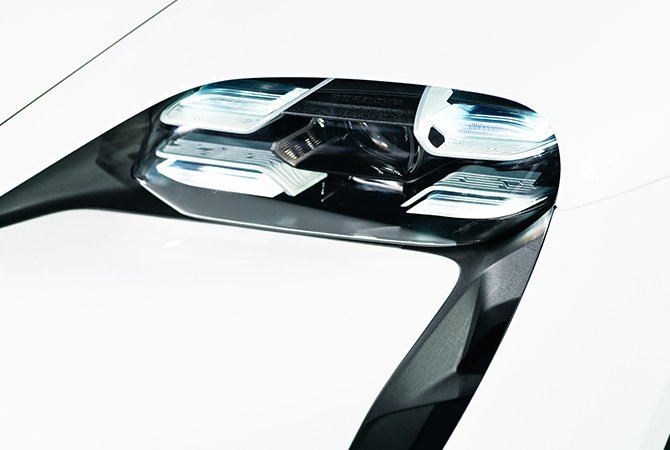 The Taycan premiered simultaneously on three continents back in September 2019—North America, China, and Europe. One thing to know for the exterior is that there is nothing macabre about the model. The four-door sports saloon carries the unmistakeable Porsche design DNA with a silhouette defined by the sporty roofline sloping downward to the rear. Although the Taycan is 1,966 millimetres wide, it is only around 1,380 millimetres high. At the front, the four-point daytime running lights are flatter and wider than any other Porsche. If you desire a large panoramic fixed glass roof, you can request that for the Taycan. 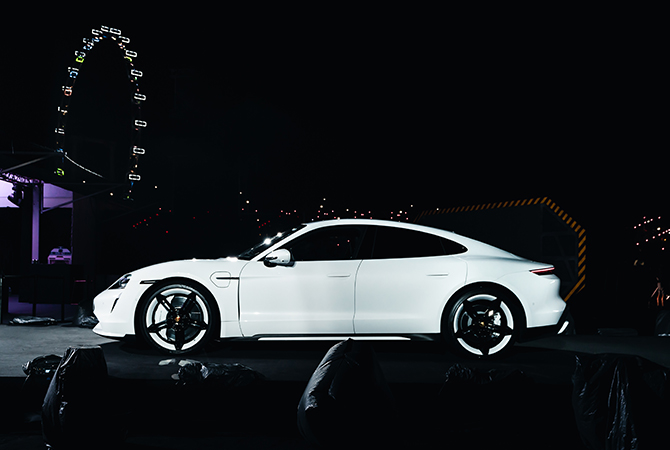 On the side, the wide body that the sleek cabin sits on reinforces the lean and muscular look. The flat door handles are flush with the doors and accentuates the distinct and modern overall impression of the model. Here's something fun to do when you see the Taycan in person: play around with light and shadow. What do you mean? The sculpted design with strong recesses on the body edges creates an exciting interplay between the two elements. So, all you have to do is move around to witness a show. 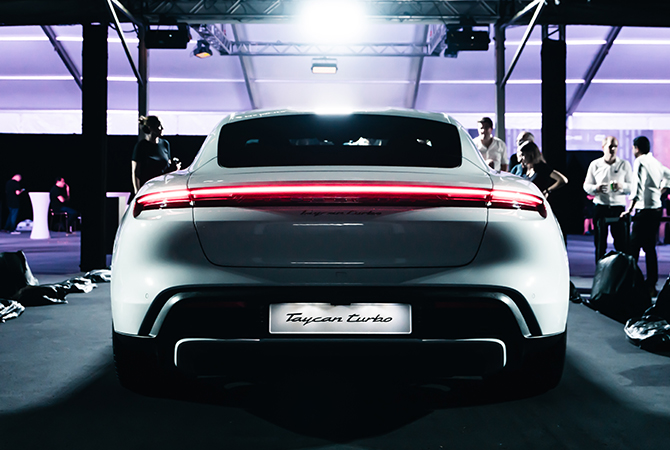 At the rear, the wide back is emphasised by the sleek cabin (the greenhouse), the drawn-in C-pillar, and the pronounced shoulders of the wings. In addition to that, a standout feature is the narrow bar that stretches across the full width of the Taycan—illuminated from the inside. As for the Porsche logo, it is made of three-dimensionally shaped glass letters. 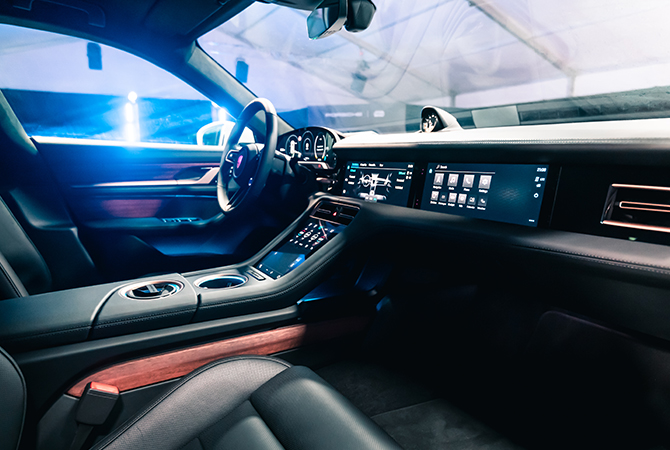 How about the interior of the Taycan? Good news is that it's completely driver-focused. Typical of Porsche is the curved 16.8-inch screen with rounded look. On the instrument cluster, you have the ability to choose between four display modes. For operating the light and chassis functions, there are small, touch-control fields at the edges of the screen. In addition to a central 10.9-inch infotainment display, the steering wheel has a light appearance. Moreover, you can now use the voice control function by saying "Hey Porsche" or use touch operation as the number of classic hardware controls such as switches and buttons has been greatly reduced.

The Taycan marks the beginning of a new chapter for Porsche as the company expands its product range in the field of electromobility. Arthur Willmann said that "the Taycan links our heritage to the future. It is a fascinating sports car with exciting driving dynamics, performance, and technology—and like every Porsche ever built, it comes with a soul. Something you will feel immediately, once you get behind the steering wheel". Without a doubt, the Taycan is an important and prominent addition to the Porsche lineup of vehicles. With Marina Bay Sands and the ArtScience Museum in full view, the Porsche Asia Pacific premiere was a major success. The regional market launch of the Taycan is in 2020. What are your thoughts on the Taycan and are you excited for Star Wars: The Rise of Skywalker?

For more information on Porsche Taycan, visit this website.

For more on Porsche vehicles (new and pre-owned) in Malaysia, you can visit the following links: