What’s mine is yours: The rise and rise of the sharing plate culture

16/10/28 12:00
As Asians, sharing plates is common in our culture but young chefs are slowly instilling it in their style as well—such as the case of Carrie from Tiki Taka

Where 'tapas' once reigned supreme, now the term has become culinary persona non grata, with 'sharing/shared plates' supplanting it as the catchphrase du jour. But a rose by any other name is still a rose, and when you really think about it, the notion of sharing plates—and, indeed, food—before the concept became trendy has been part of our Asian culture since time immemorial. The only key difference was that our sharing plates happened to be massive portions of communal food on the lazy Susan (and when that wasn't available to us, we would have no qualms about picking food off our fellow diners' plates).

Even the morning tiffin that is dim sum is a sharing culture, where baskets of steaming hot goodies are ordered for the express purpose of communal consumption. Which is why every time the term 'shared plates' is bandied around by restaurateurs as a purportedly revolutionary USP, the pedant in me wants to protest. Be that as it may, the ascent of the sharing plate culture is cause for celebration. I'm sure I'm not alone when I say I am utterly done with the whole regimented ceremony of starter, main course and dessert. Instead, I revel in the disorganised chaos of little plates of food scattered around the table to be picked at, and cooed and fought over by all and sundry, because food never tastes quite as tantalisingly good as it does when it is shared by all. And apart from the sensuality of "what's yours is mine" and the sense of community shared food invokes, sharing plates effectively give diners a fantastically comprehensive gustatory snapshot of the restaurant's culinary philosophy in the way that ordering your single starter, main and sweet just can't do. And it's not just the diners who win. In a sharing plate environment, chefs are given many blank canvasses on which to spread their culinary wings, and that in turn affords them infinite opportunity to experiment and evolve. 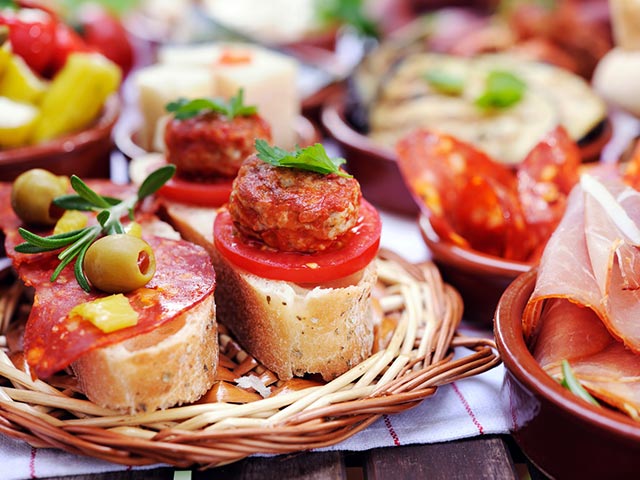 A young chef I interviewed for Feeding Time this week left me with the absolute conviction that the sharing plate culture of the restaurant she co-owns with her husband has given her the confidence to grow in a way that working in a conventional starter/main/sweet kitchen might not have done. Without the boundaries of said culinary convention and fixed menus to restrict her, Carrie from Tiki Taka has had the freedom to introduce new dishes regularly and it is this constant flexing of the creative muscles that will ultimately help her finesse her voice in the kitchen, if it hasn't already. Witness then the most recent incarnation of the constantly morphing menu at Tiki Taka, where the sacrosanct paella is playfully reinvented, and features a roasted pepper sauce, compressed paprika crab and prawn balls, bacon gel sea shell, candied lemon strips, lemon curd, ikura, and papad chips instead of the usual aquatic suspects. And it's not just Spanish national dishes that have been given a face-lift. Our much loved local salted crabs have been peeled and the flesh tousled with lashings of salted egg before being tucked into a billowy homemade charcoal brioche with curry leaves, bird's eye chilli, and a little surprise: A zesty Japanese cucumber heart that mitigates the excessive richness of the ingredients and gives it a lilting finish. It's certainly true that you shouldn't fix something if it ain't broke, but when you can add to the original virtues of the dish without compromising the blueprint, and—happiness—even give it an extra dimension, then there is absolutely no reason to hold back.

Little exhilarates me more than being party to the heartfelt passion of chefs like Carrie, and if it takes the ongoing popularity of the shared plate culture to help them reach their full potential, then I vote a resounding, "Yes, yes, yes!"